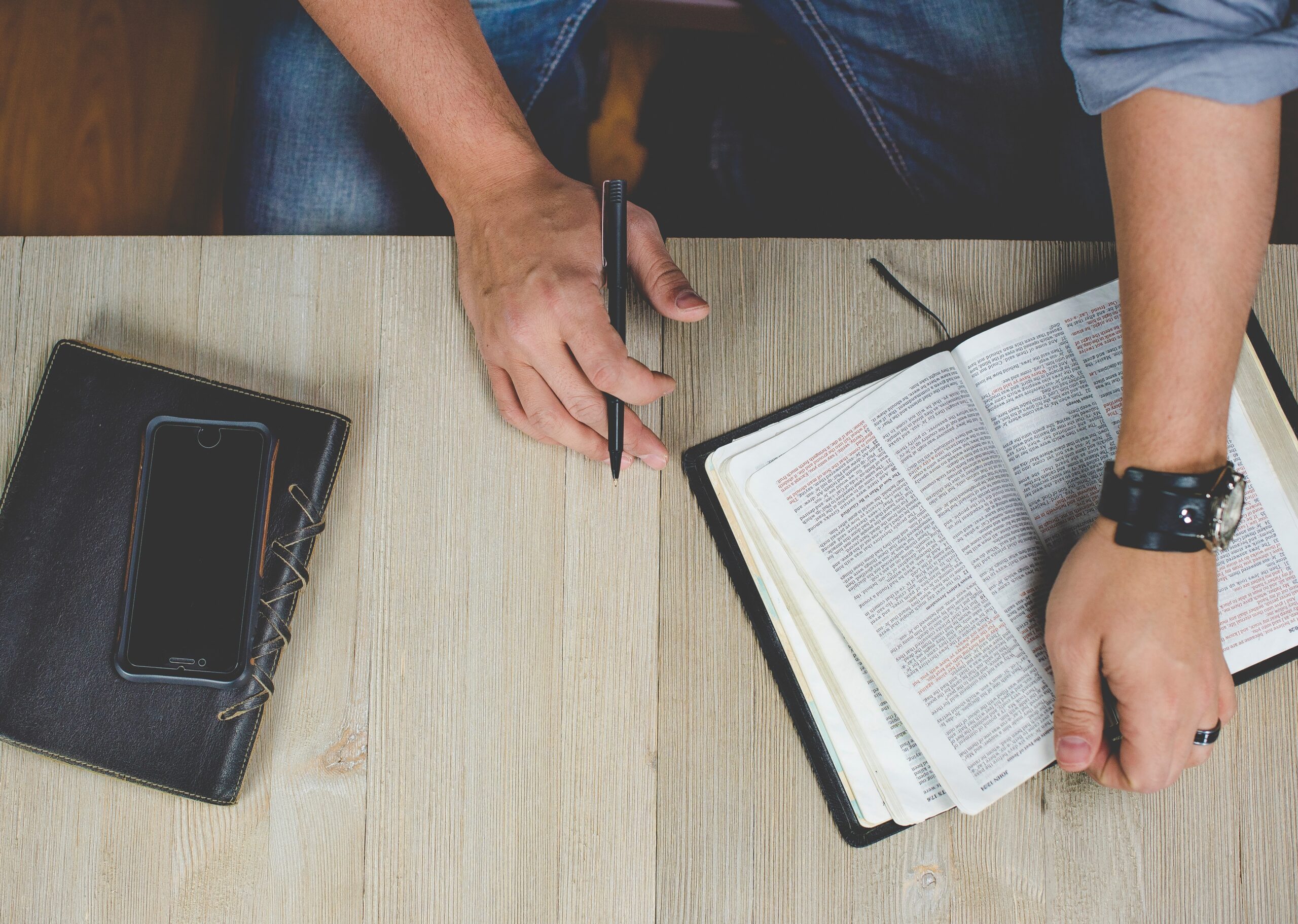 When I came to the task of producing my own translation of the New Testament, I knew that there are certain words and phrases in the text that present special difficulties, and that no solution I chose would please everybody. In some cases, the difficulty lies in an inherent ambiguity in the word itself—an uncertainty regarding what concept or set of concepts it signifies or implies—but, in other cases, the difficulty lies precisely in the word’s clarity, because any truly literal translation will fall afoul of dearly held theological or doctrinal conventions. After all, a very great deal of theological history consists in ingenious impositions of ideas upon texts to which they are, in fact, quite alien; and the history of scriptural translation has, as a rule, followed theology’s lead. The result has been that successive versions of the Bible, obedient to the doctrinal expectations of their authors, have drifted ever further away from the world in which the original texts were written. At the end of the process, a perfectly pious consortium of “translators” can produce something like the New International Version of the Bible, which is the Bible in much the same way that West Side Story “is” Romeo and Juliet.

To be fair, the real world of the New Testament is an unsettlingly strange one. So much of the great edifice of Christian theology, for instance, has been erected upon the writings of Paul; and yet, truth be told, what Paul actually believed and explicitly said would strike the ears of even most educated believers as bizarre. An obvious example (though perhaps not the most striking) would be the Apostle Paul’s often stark opposition between the two principles of σάρξ (sarx), “flesh,” and πνεῦμα (pnevma), “spirit”—with yet a third principle, ψυχή (psychē), “soul,” weighing in decisively on the side of the former.

Admittedly, in many passages in the New Testament, and especially in some of Paul’s letters, it is impossible to tell whether the author is speaking of human “spirit” or of God’s “Spirit.”  At certain crucial junctures, again in Paul’s letters, the absence of a clear distinction seems almost intentional.  Traditionally, though, translators have in moments of uncertainty chosen for the reader how she or he should understand the word, by either capitalizing the “s” or leaving it in the lower case; and far too often the letter is capitalized even when it clearly ought not to be.  A particularly good example of this latter would be Galatians 5:17, where Paul (whose anthropology is considerably more “dualistic” than it is currently fashionable to admit) is clearly speaking of an opposition between the desires of “flesh” and those of “spirit” within each human being, but where most English translations quite presumptuously and unintelligibly describe an opposition between something definitely human (whether “flesh” or some unfortunate circumlocution) and “the [Holy] Spirit.” Greek, though, is conveniently furnished with definite articles (as Latin is not), and where Paul is speaking specifically of God’s “Spirit” he is generally able to indicate the fact: “the Spirit,” “the Holy Spirit.”

Theological tradition, however, especially in certain Protestant traditions, is loath to grant that Paul has any concept of opposed moral principles within our nature, and certainly loath to acknowledge that one of those principles—and the one in fact hostile to God’s will—could be “flesh” in any but a metaphorical sense. The original editors of the aforementioned NIV were so confident upon this point that their version nonsensically rendered sarx as “sinful nature.” And even many theological interpreters who would not consider visiting that kind of violence on the text persistently claim that Paul certainly never meant to suggest that our actual physical flesh is somehow implicated in our separation from God, much less in any division within us between an inclination to holiness and another toward sin. It has become something of a fashion over the last century for theologians to insist almost exclusively on the “worldliness” of Christianity, or on how exuberantly it affirms the material order—the material body especially—as the good creation of God, or on how radically the early Christian view of corporeality supposedly differed from that of more “Hellenistic” or “gnostic” or “idealist” schools of thought. But the truth is far more complicated.

While there is nothing like an absolute dualism in the New Testament, of the sort that would suggest that the physical world is ultimately evil, or that the Age to come will not involve a redemption of the whole created order, there is at least a very strong provisional dualism clearly present in much of the New Testament, and when the text speaks of “flesh” in opprobrious terms it is not employing a vague metaphor, for which some less upsetting abstraction may safely be substituted. As 1 Corinthians 15:40-54 make quite clear—and as Matthew 22:30, Mark 12:25, Luke 20:36, and perhaps Acts 23:8 all powerfully suggest—many early Christians understood the difference between the mortal body and the resurrected body (whether Christ’s or ours) as the difference between earthly flesh and a kind of life that has transcended the flesh. As Paul bluntly says, “flesh and blood cannot inherit the Kingdom of God” (1 Corinthians 15:50). At times, the early Christians, no less than their pagan or so-called “gnostic” contemporaries, had a somewhat jaundiced view of “this cosmos” or “this age,” as well as of “this body of death,” not merely as moral dispensations, but as physical realities. In fact, 1 Peter 3:18 and 4:6 even contrasts (again, when accurately translated) Christ’s death “in flesh” from his resurrection “in spirit.”

As strange as it may now seem to us, for Paul one absolutely essential element of the salvation achieved by Christ is, so to speak, physiological. For him, the resurrection is a path to liberation from flesh and blood. Thus, for instance, when Paul distinguishes in I Corinthians 15:44-46 between the body human beings possess in this age and that which they shall receive in the Age to come, he speaks of the former as a dissoluble and perishable composite of flesh and soul (psychē), a σῶμα ψυχικόν (sōma psychikon), but of the latter as an imperishable unity, a σῶμα πνευματικόν (sōma pnevmatikon): that is, an “animal” or “psychical body,” on the one hand, and a “spiritual” or “pneumatic body,” on the other.

In my translation I have refrained from changing every reference to “spirit” into an invocation of the Holy Spirit. I would regard doing so—however venerable the practice may be among doctrinally sensitive translators—not merely as a distortion of the text, but as an act of deceit. After all, as small a difference as my rendering of “spirit” as “spirit” might seem to make in orthographic terms, in conceptual terms, and in regard to the light it sheds upon the world from which the New Testament comes, it makes all the difference in the world.

David Bentley Hart is an Eastern Orthodox scholar of religion, and a philosopher, writer, and cultural commentator. He is a fellow at the Notre Dame Institute for Advanced Study and has held positions at the University of Virginia, Duke University, and Providence College. He lives in South Bend, IN. 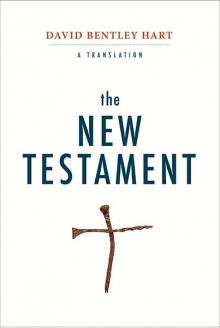