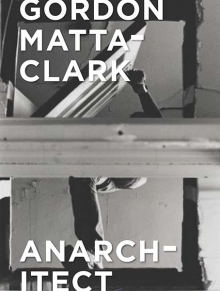 In his foreword to the 2007 Whitney catalogue, museum director Adam Weinberg wrote with great insight that Gordon Matta-Clark’s work “resisted commodification and the museum context.” I would add that to counter the tendency to commodify, the experiential element in presenting his work is of utmost importance.  In conceptualizing and planning a new exhibition and book of Matta-Clark’s work (the exhibition opens at the Bronx Museum of the Arts tomorrow, November 8th), it was an early and clear priority to keep a tight focus on works that convey his anti-gallery, anti-museum stance. Works from series like Bronx Floors, graffiti-related works, Walls, Conical Intersect, and Day’s End offer the viewer an immersive experience into Matta-Clark’s process of art-making as well as his own sense of wonderment as he explored the derelict landscapes of the Bronx and downtown Manhattan. Matta-Clark’s passion for exploration—which involved cutting or digging holes, and ultimately penetrating those orifices—guides this entire project. His cuts, holes, apertures, and excisions offer points of entry to a deeper exploration of the artworks from the artist’s own perspective.

The sheer quantity of works related to these series (over 30 works related to graffiti, 14 from the Walls series, over 15 of the Bronx Floors photographs and objects) envelops the viewer – or reader – in Matta-Clark’s obsessive explorations. Works from the Graffiti series, including the expansive Photoglyphs, when set in relief against a display of Bronx Floors works, offer a powerful grounding in the environment and imagery to which Matta-Clark was responding. The fact that these works are presented within the originating environment of the Bronx, with the neighborhood’s dynamic graffiti culture still thriving and visible in immediately neighboring sites, allows the exhibition to hum with cultural and historical connection.

Another goal of the project was to be simultaneously forward-looking and conscious of history. An extended focus on Matta-Clark’s Walls paper works and the abstracted compositions of his Walls photographs, and the relationship of these series to the graffiti works, uniquely represents Matta-Clark’s retorts to a Modernist effacement of ornament and that of Social Reform Photography. Matta-Clark championed an aesthetics of decay that avoided romanticism and highlighted democratic forms of inhabitation and expression throughout the urban landscape of his day.

But important, too, is Matta-Clark’s impact on subsequent artists working in the Bronx. Matta-Clark’s prescient recognition of graffiti as an emerging cultural practice of growing significance, as well as the recasting of photography in the 1970s, are traced through their influence on works by Henry Chalfant, Alvin Baltrop, and others.

As a curator, I am mindful of Ezra Pound’s slogan “Make it new,” and I endeavor to present works created in different eras with the same level of excitement that spun them. With Gordon Matta-Clark: Anarchitect, I, along with my co-curator Jessamyn Fiore, aim to offer not only the opportunity to view discrete works, but to have the experience of falling into a hole, like Matta-Clark, tumbling through views of a city in ruins to re-emerge and re-envision the urban experience anew.

Antonio Sergio Bessa is director of curatorial and education programs at the Bronx Museum of the Arts.