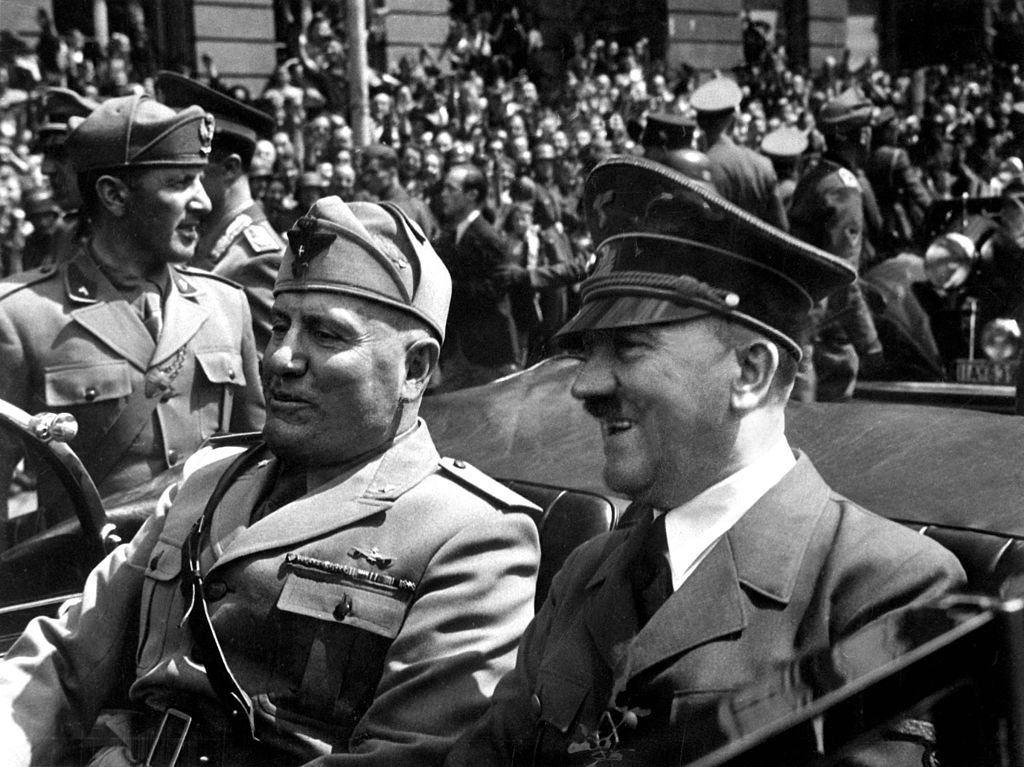 Most anti-Nazi voices, instead of praising National Socialism for having sluiced out the stables of Weimar and reimposed a moral discipline on the German people, allowed the lax reputation of Weimar to linger over Germany as a whole for the sake of British and American readers, and then developed that sense by building up the myth of Nazism itself as sexually perverse. At the centre of this myth were claims, either that Hitler surrounded himself with homosexuals – although Ernst Röhm was usually the only one they could name – or that the Führer was himself homosexual. In Hitler as Frankenstein (undated, but probably written in 1939), Johannes Steel has a chapter called ‘Men Around Hitler’ in which he lists the known flaws and vices of senior Nazis. Thus: ‘Roehm is a notorious homo-sexual, and he has frequently abused his military power as a supreme master over young men in a terrible manner’; and, a little further down the list: ‘[Edmund] Heines belonged to the circle around the homo-sexual Roehm’ and was therefore, literally by association, homosexual himself. (He does not mention that Rudolph Hess was well known on the gay scene. When he visited the clubs he was known as ‘Schwarze Maria’.) Steel sums up the chapter in this closing flourish:

The moral baseness of the Hitler Movement is clearly illuminated by the type of men Hitler has collected around him. This list could be prolonged into hundreds, for one lunatic in office gives another lunatic a post; one murderer, who is a Police Chief, makes another murderer a Captain of Police; one homosexual ‘youth regenerator’ makes another homosexual his A.D.C.

There is hardly much point in arguing, on the contrary, that lunatic, murderer and homosexual alike – if one really must lump them together – are likely to avoid appointing lunatics, murderers and homosexuals, respectively, for fear of drawing attention to themselves. It is just as plausible that, as long as they had to hide the nature of their own personalities, they would actively discriminate against individuals of their own sort. But that is not the point. Nor is the fact that, if you wanted to present Nazism as a conspiracy, it would make a little more sense to present it as a clique of men who shared the same extreme political views. That would, at least, include most of them, whereas homosexuality does not. In addition, there are the Night of the Long Knives and the men with the pink triangles to be taken into account. Röhm’s homosexuality could be overlooked so long as he remained useful; the moment he did not, it became a reason for getting rid of him – as is made perfectly clear in this entry in Goebbels’ diary:

What Röhm wanted was, of course, right in itself but in practice it could not be carried through by a homosexual and an anarchist. Had Röhm been an upright solid personality, in all probability some hundred generals rather than some hundred SA leaders would have been shot on 30 June [1934].

In other words, it was ultimately his homosexuality that made him and his policies expendable. Nazism was, of course, fundamentally anti-homosexual, even if a proportion of Nazis were homosexual. But the myth of collective perversion had a purpose to serve in the anti-Nazi struggle – which was rarely noticeably pro-homosexual itself – and the facts of the matter could be allowed to lie fallow.

A measured, if brief, examination of the question of Hitler’s possible homosexuality takes place in Karl Billinger’s book Hitler Is No Fool (undated, but apparently written in 1939). Billinger was an anti-Nazi who had been incarcerated in a concentration camp and had then gone into exile in the United States. In his chapter ‘Who Is Hitler?’ a subsection headed ‘The Bachelor’ discusses the rumours of homosexuality, impotence and syphilis: ‘Almost all of them are without foundation, because those who really know will not or can no longer tell.’ The most Billinger will commit himself to is that Hitler ‘undoubtedly is suffering from sexual repressions’. He mentions the open homosexuality of Röhm and Heines – ‘The orgies which they held almost publicly more than once aroused storms of protest within the Nazi Movement itself’ – and the fact that Count Helldorf’s affair with ‘the adventurer Hanussen, alias Steinschneider’ did not cost the former his job as Berlin’s chief of police. (‘It cost only Hanussen’s life.’) He also reports that in 1927, when asked to dismiss various SA officers who were said to have been sexually abusing boys in the Hitler Youth, Hitler dismissed the matter, saying, ‘I don’t give a hoot whether they — from the front or the back!’ Billinger disagrees with Goebbels’ claim that Röhm and Heines were shot because they were homosexual. Yet, despite these signs of indulgence towards homosexuality within Nazism – ‘He protected his followers as long as he believed he was sure of their faithfulness’ – Billinger concludes by reiterating that ‘there is no known basis for the assumption that Hitler himself is homosexual – or ever has indulged in homosexuality.’

In Germany Possessed (1941), H.G. Baines implicitly purveyed the rumour of Hitler’s perversion, via an attribution of unmanliness. Just as interesting is the contrast he establishes with Joseph Stalin:

Stalin is a wolf: killing is natural to him. But Hitler is subtle, austere, effeminate, secluded. His make-up has probably a preponderance of feminine elements, albeit in a perverted form.

Baines adds a thumbnail sketch of Hitler in his jackboots, ‘never unaware of the impression he is making, like a vain woman’.There is something here about class: the difference between the ‘natural’ brutality of the peasant and the twisted wiles of the bourgeois ex-artist. By contrast with the later Yalta meeting’s trinity of old men – Stalin, Roosevelt and Churchill – Hitler and Mussolini were often represented as blinded by personal vanity. Mussolini was more frankly ridiculed as a buffoon, but his masculinity was hardly ever impugned in the ways that Hitler’s was. Homosexual, impotent, mono-testicular or infested with syphilis – Hitler’s manifest cleverness had to be undermined by creating the impression of a volatile hysteric whose political perversity had origins in sexual perversion. August Kubizek, a close friend during Hitler’s youth in Vienna, famously dismissed the possibility that Hitler was homosexual, in his post-war memoir:

This is the period around which the rumours are most densely concentrated; there is an all-male hostel, where Hitler stayed, which tends to feature in them. Kubizek’s book is generally persuasive, and he has usually been received as an honest witness. However, those who have credited the sexual rumours have argued that, if Kubizek, as an intimate friend, had himself been involved in that aspect of Hitler’s life, he would later have covered it up. Apart from a few mavericks, subsequent biographers have taken the line that the matter needs raising, so persistently has it already been aired, even if mostly by writers with ulterior motives; but that no evidence has ever been found to support rumours which so clearly had their propagandistic uses. Even as relentlessly creative a psychological biographer as Robert Waite summarises the case in very few words:

There is insufficient evidence to warrant the conclusion that Hitler was an overt homosexual. But it seems clear that he had latent homosexual tendencies, and it is certain that he worried a great deal about them.

There is an obvious contradiction in the latter sentence – how can it be so ‘certain’ that he worried about something that it only ‘seems clear that he had’? – but coming from a biographer who sounds as if he would have relished drawing a more positive conclusion on the matter, this position statement is admirably restrained. As ever, though, the rumours are served in being raised at all, even if they go on to be judiciously dismissed.

For a while, the homosexuality of Ernst Röhm was a favourite topic among left-wing journalists, attracting a range of negative responses from ridicule to moral outrage, all designed to undermine the broader Nazi claim to social discipline and moral superiority. Finally, the left-wing poet and journalist Kurt Tucholsky wrote a short essay for Die Weltbühne (26 April 1932) straightforwardly entitled ‘Röhm’, in which he made a simple and rather touching plea for the homophobic propaganda to stop. ‘I consider these attacks against the man improper,’ he writes, for the well-mannered reason that ‘one should not seek out one’s enemy in bed’. It is not clear whom he means by ‘we’ in his climactic peroration – it is vaguely possible that he is a homosexual identifying with fellow homosexuals, but more probable that he means fellow leftists, in which case he is overstating the Left’s commitment to homosexual law reform – but his rhetoric requires the collective first person to remind the Left of the requirement for solidarity:

We oppose the disgraceful Paragraph 175 wherever we can; therefore we may not join voices with the chorus that would condemn a man because he is a homosexual. Did Röhm commit a public scandal? No. Has he abused young boys? No. Has he consciously transmitted venereal diseases? No. Such and only such can justify public criticism – everything else is his affair.

It has to be said that Tucholsky’s is an isolated voice, certainly an untypical one. His argument that Röhm is, as it were, a ‘good’ homosexual and deserving of the courtesy of a private life cannot have carried much weight in anti-Nazi circles, where the slightest hint of sexual scandal among men who had laid such a substantial claim to the moral high ground would be developed to its fullest propagandistic potential. In a sense, Tucholsky’s intervention cannot be accepted as valid in the struggle against Nazism; but it is a timely and persuasively generous contribution to the argument about homosexual equality. He does, though, allow one way in which the knowledge about Röhm’s homosexuality can legitimately be used against the Nazis while not being used against homosexuals: ‘If Goebbels screeches or Hitler thunders about the moral decay of modern times, then it should be pointed out that there are obviously homosexuals among the Nazi troops.’ It is a reasonable argument, but one that would lose its validity on 30 June 1934, once Röhm and his friends had been killed.

From Homintern: How Gay Culture Liberated the Modern World, by Gregory Woods, published by Yale University Press in 2017. Reproduced with permission.

Gregory Woods was appointed to Britain’s first chair in Gay and Lesbian Studies by Nottingham Trent University in 1998. He lives in Nottingham, UK. 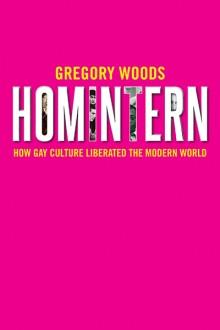