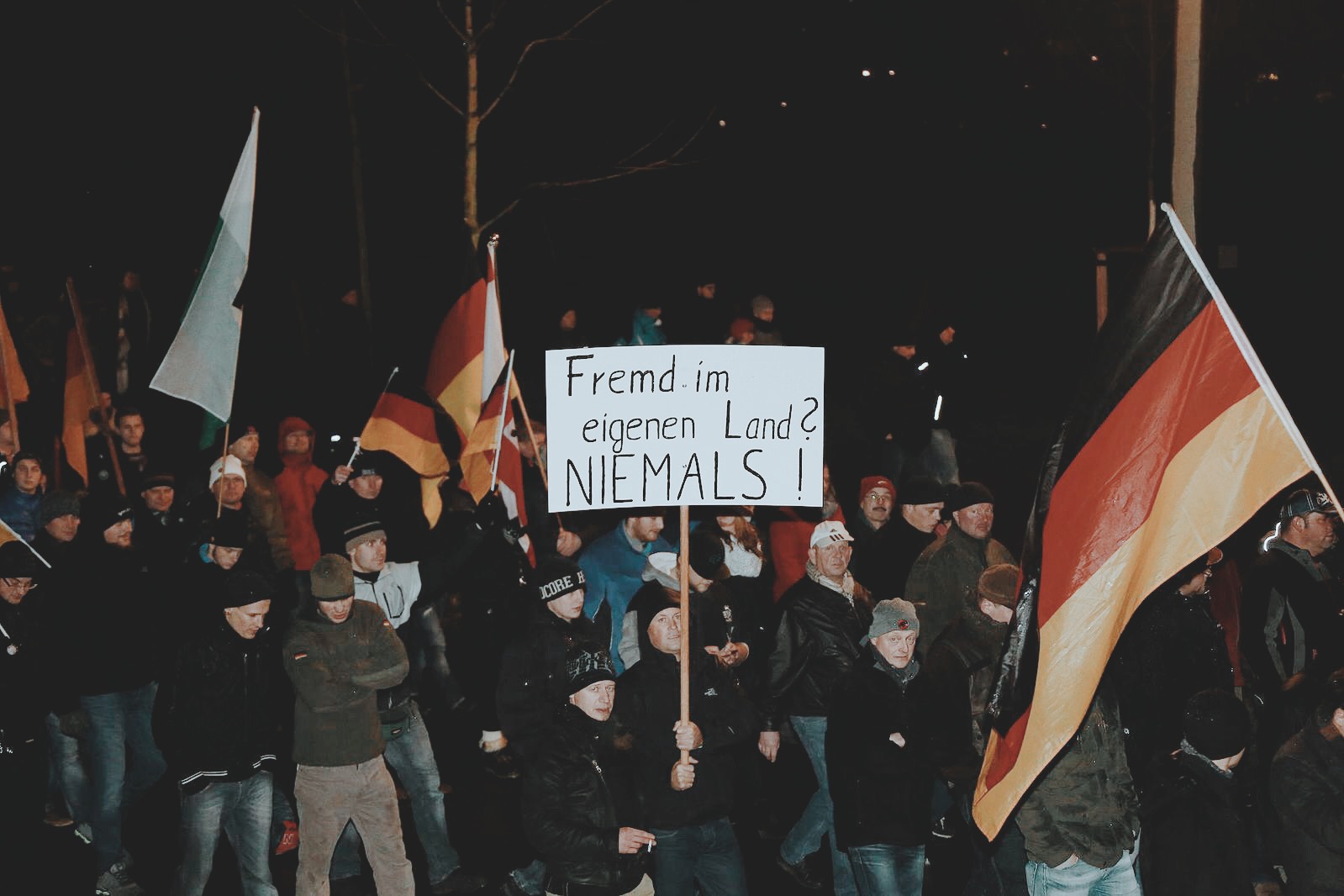 Germany, like many other European countries, has recently seen a remarkable success of a newly formed right-wing nationalist party. At the last national elections in September 2017, the so-called Alternative for Germany (AfD) finished third with 12.6% of the votes. It even became the strongest party in the state of Saxony—narrowly defeating chancellor Angela Merkel’s conservative CDU. Many international commentators, as well as the Germans themselves, ask whether the seeds of racist nationalism have again found fertile ground. Is the return of nationalist slogans, combined with vocal accusations blaming the current political (liberal) “system” to sell out the interests of the people, and ultimately the resort to violence in the streets of Central Europe a phenomenon we have to get accustomed to once again?

Political discourse in Germany has indeed changed significantly in the last three years. Fusing cultural criticism with a strong apocalyptic overtone is now a recipe for making bestsellers. Europe as we know it, or so the argument goes, is threatened by millions of poorly educated migrants from Africa and Asia, allegedly ready to seize the first opportunity to invade “the West” and to raise the Muslim banner over existing churches and synagogues. Consequently, right-wing populists rally against the German government’s 2015 decision to allow more than one million refugees to enter the country and suggest that this controversial decision was at the heart of many of Germany’s current social problems. Yet while it is true that an increasingly high number of children in Germany grow up in (relative) poverty and that even millions of those Germans who regard themselves as middle-class struggle to pay their rents and bills, these social problems are not linked to immigration. Apart from scapegoating, which the new right-wing nationalists have perfected, they are clueless when it comes time to formulate political alternatives that could work in the world of today and not just in their imagined “ideal” national communities.

Despite this recent development, it is highly implausible to suggest that Nazism is knocking on the door once more. The most important argument to defend this assumption is simply the fact that Nazism has left such a horrible legacy that even ardent nationalists take great pains in distancing themselves from it. There are, of course, a handful of hard-boiled neo-Nazis who still worship their “Führer”. But the large majority of right-wing nationalists these days doesn’t want to be associated with the Fascists of the early 1920s, and even less so with the mass murder and ethnic cleansing of the 1940s. Antisemitism as a political ideology has lost much of the appeal that previously made it both a political poison and a binding element among many of Europe’s national and nationalist movements (though the latest developments in Eastern Europe have countries like Poland and Hungary urging caution in this respect).

On top of this, the military and the paramilitary have forfeited most of their social power and prestige. We can observe comparatively small neighborhood watches, self-appointed auxiliary police forces, but they seem to be temporary phenomena, restricted to specific regional contexts. People can still be motivated to allegedly serve their local communities in this way, but it seems very unlikely that hundreds of thousands of young men feel tempted to dress in paramilitary uniforms and to participate in military-like marches and drills to prepare for civil war in Europe.

Finally, some of the intellectual currents that contributed to the success of Nazism are no longer in demand. The national romanticism of the interwar years as a perverted form of German idealism, so dear to the middle classes in Central Europe since the second half of the nineteenth century, is meanwhile inaccessible.

It would, however, be a strategic mistake of the first order to condescendingly look down on all those who criticize liberal democracies for allegedly selling out the identity of one’s nation. Intellectual criticism on the concept of organic nations is academically well-spotted, but as long as it does not speak to the real needs and emotions of people, it remains a politically fruitless exercise. Too see liberalism per se as being on the “winning” side of history is a fatal legacy of the “end of history” debate from the 1990s. Self-assured complacence may, in fact, contribute decisively to undermine liberal positions, not least because it seriously underestimates the power of nationalism. To put it bluntly: in their firm belief that history shall not and will not repeat itself, Western intellectuals may have partly contributed to the uncanny familiarity of right-wing and populist movements across Europe.

There are indeed strong reasons to be skeptical about the liberal promises of old. Ever since the industrial revolutions “taking off” in the second half of the eighteenth century, proponents of political and economic liberalism championed the view that free markets, competitive enterprises, and the stimulation of private consumption were the best means to achieve economic growth, individual wealth, and lasting political stability. The establishment of the twentieth-century welfare state, in particular during The Glorious Thirty years period of rapid growth following World War II, seemed to prove them right. Contrary to the Marxist doctrine, capitalist liberal democracies did not unavoidably aggravate class struggle, but instead offered a range of opportunities to the quickly growing middle classes, at least in the so-called developed Western countries.

Yet, this rosy picture is no longer tenable. With ever fewer people needed to run our increasingly computerized word and new economic powerhouses in other parts of the World stepping up, particularly in Asia, Western democracies will have to find new answers of how to distribute wealth and individual career prospects in the twenty-first century. Class is back on the political agenda in Europe (as it is in the United States) and with it the forms of political movements that live off it. Although it is unlikely that the Nazis will one day return from hell, protest movements that seek order and stability in a world perceived as increasingly unmanageable and threatening and that at times resort to violence, and if only as a means to express frustration and helplessness, aren’t going away anytime soon.

Daniel Siemens is professor of European history at Newcastle University. He is author of three previous books and has published widely on European and U.S. history of the nineteenth and twentieth centuries. 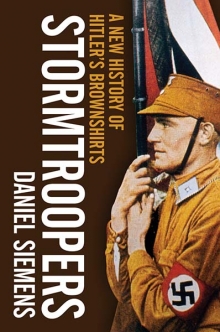 (The poster in the photo reads “Foreign in one’s own land? Never!”)