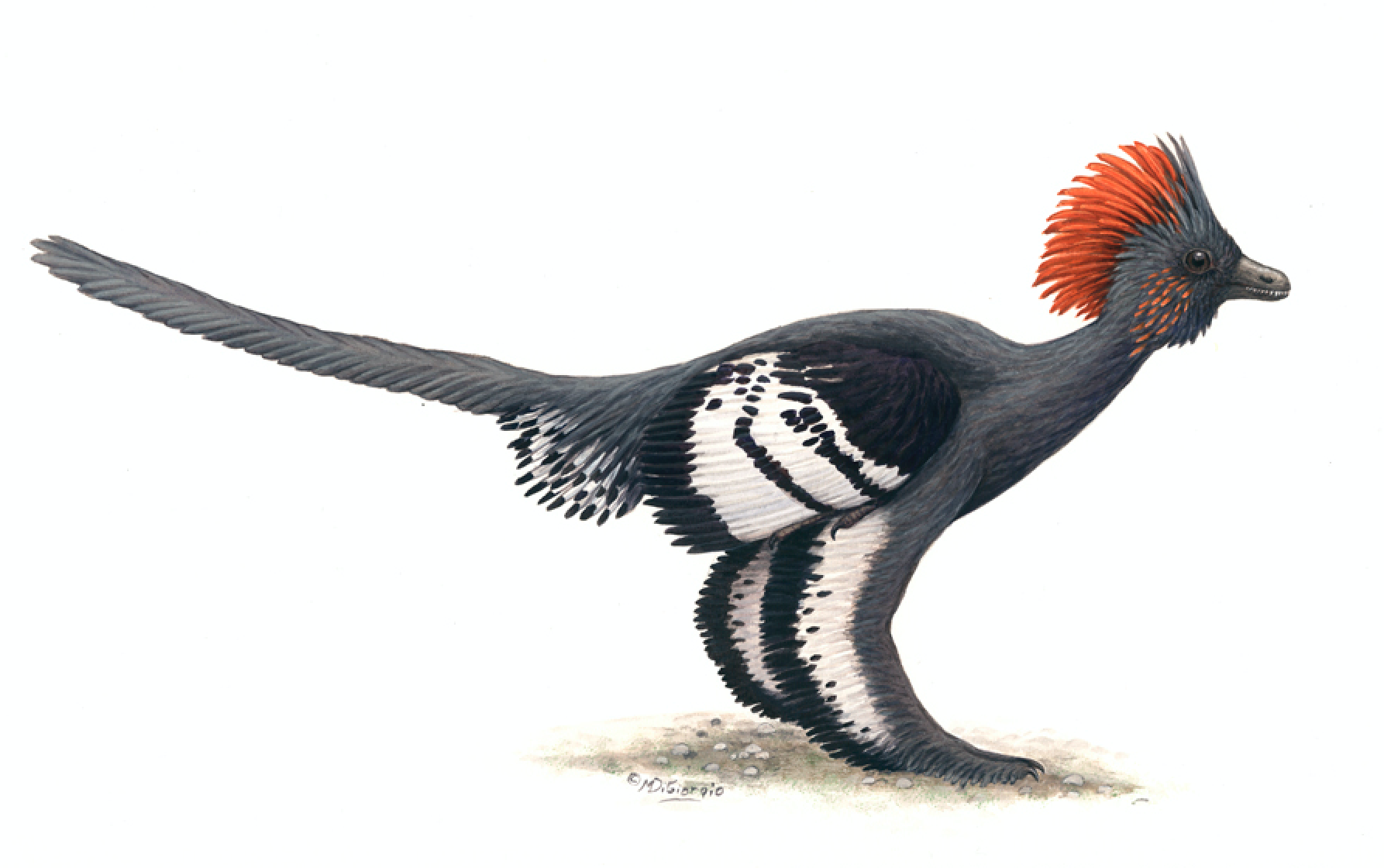 Before the astounding recent discoveries of avian and dinosaurian fossils from the Mesozoic of China, the only substantial evidence for the earliest evolution of birds from their reptilian beginnings came from fossil specimens from the approximately 150-million-year-old deposits from the Late Jurassic of Bavaria, specimens known to the Germans as the urvogel, or ancient bird, discovered almost 150 years ago. The Archaeopteryx, as it was named, played a significant role through the years not only in discussions of avian and flight origins but also in discussions of evolutionary processes. 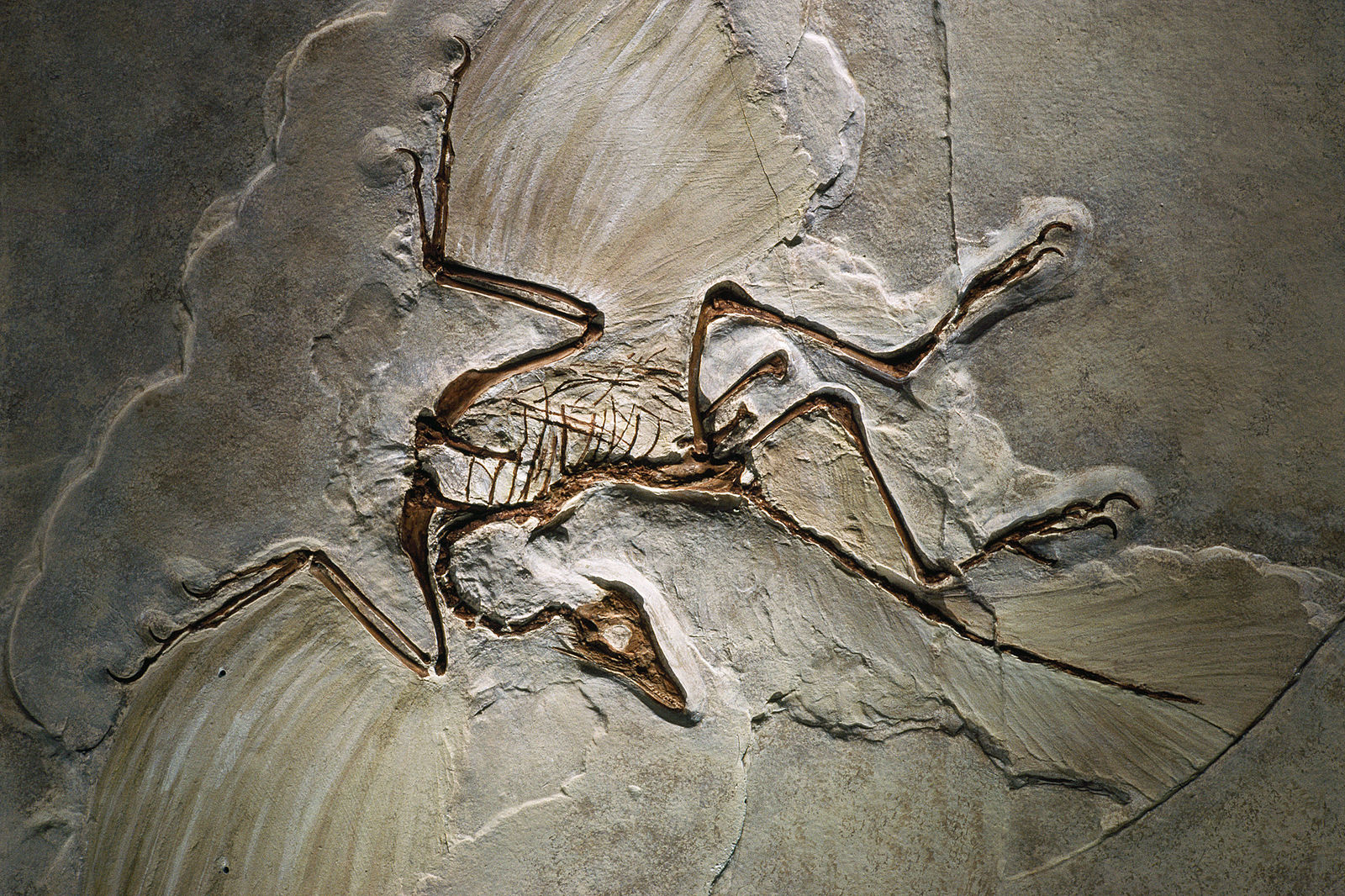 In 1861, less than two years after the publication of Darwin’s On the Origin of Species, German paleontologist Christian Erich Hermann von Meyer of Frankfurt wrote to H. G. Brown, publisher of the New Yearbook of Mineralogy, announcing that the feather of a Late Jurassic bird had been recovered the previous year from the lithographic limestone deposits at Solnhofen, a short distance from Munich. The gray-black feather was approximately 60 millimeters (2.5 in.) in length, and the outer feather vane was roughly half the width of the inner. Despite the Jurassic age of the fossil, it was indistinguishable from the secondary flight feather (inner set of wing feathers) of a modern bird, such as a magpie or a crow.

It was clearly a flight feather of a Jurassic bird, and it possessed the airfoil qualities seen in the feathers of modern flying birds. Within a month, Meyer further announced that a nearly complete skeleton of a Jurassic bird had been discovered from the same Solnhofen limestone, this time from the Langenaltheim region, a short distance from the locality at which the feather was discovered; he named it Archaeopteryx lithographica (“ancient wing” from the lithographic limestone). 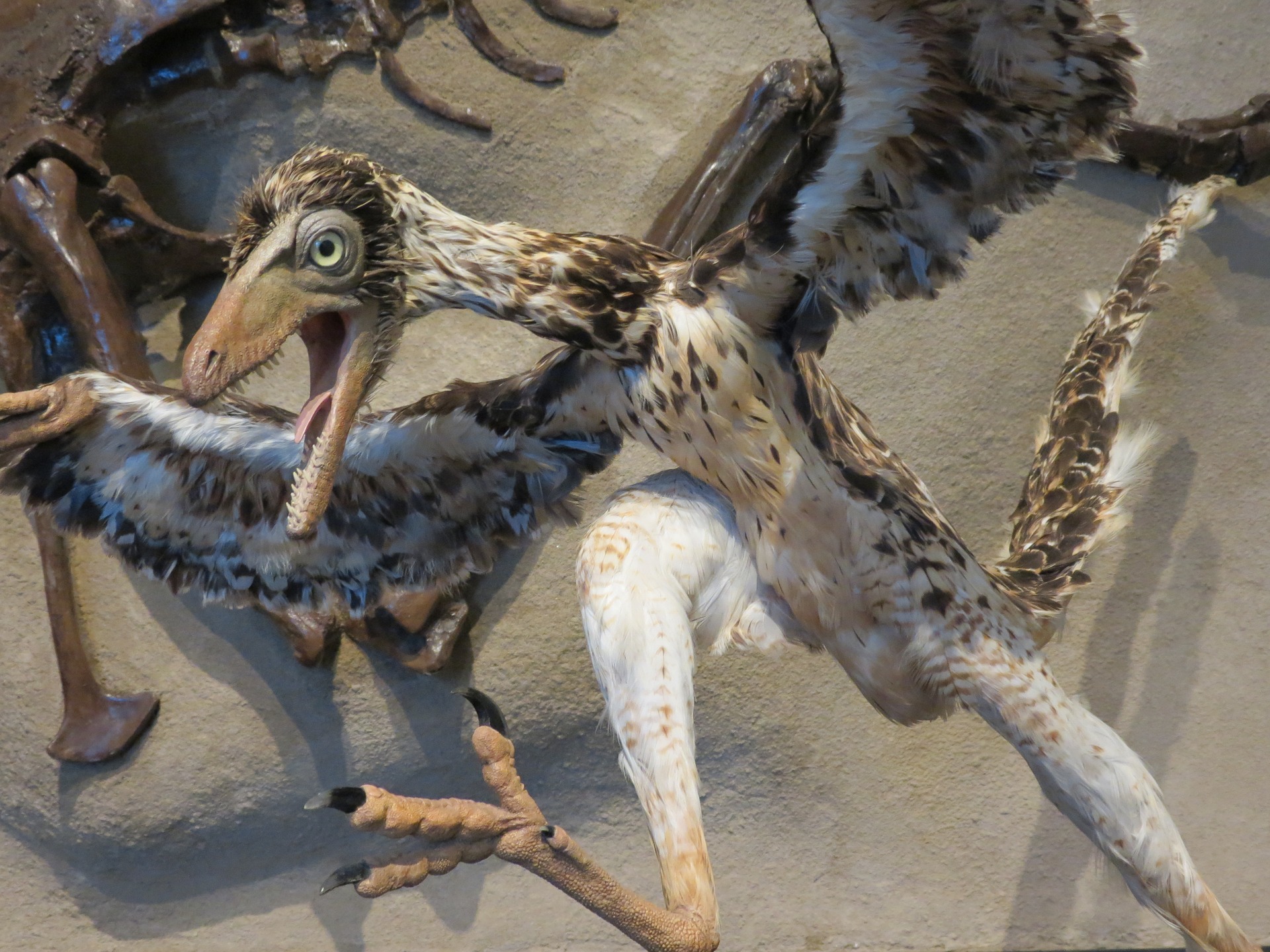 From a historical perspective, the timing of these discoveries seemed no less than miraculous. With Queen Victoria at the helm of Britain, the world’s most powerful empire, and the Industrial Revolution bolstering economies in Europe, particularly France and Germany, there was a sense of optimism and a great interest in more than mere human survival that spilled over to science and even social reform, producing a golden age. Darwin’s book was just two years in print and the public’s interest in scientific discoveries was at an all-time high: a fossil thought by some to be intermediate between two higher groups of vertebrates, birds and reptiles, was not going to be passively catalogued and set aside.

From Riddle of the Feathered Dragons:Hidden Birds of China by Alan Feduccia, published by Yale University Press in 2014. Reproduced with permission.

Alan Feduccia is S. K. Heninger Distinguished Professor Emeritus, University of North Carolina, Chapel Hill. He is the author of the award-winning The Origin and Evolution of Birds. He lives in Chapel Hill, NC. 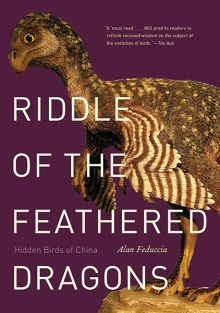