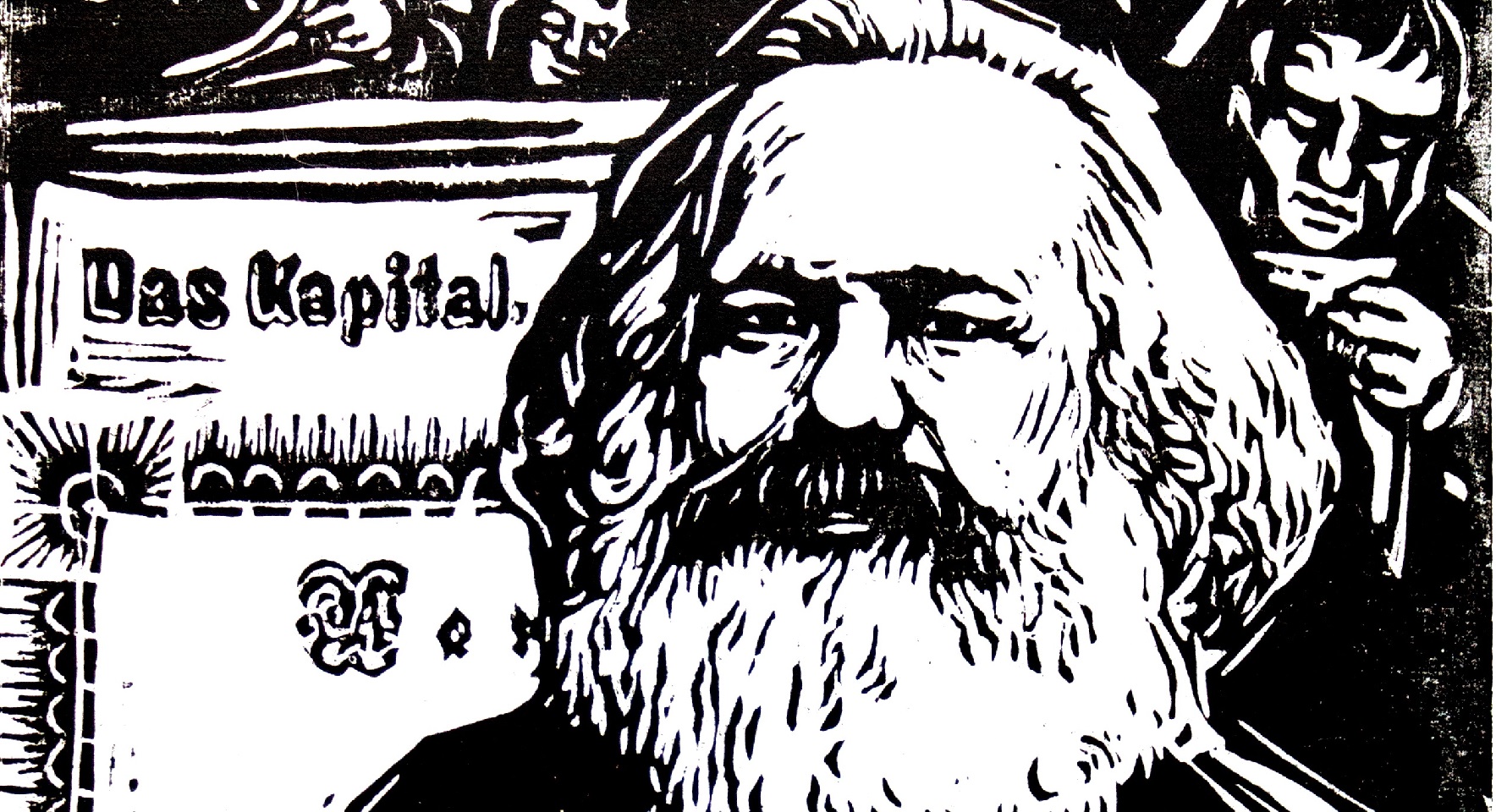 A spectre is haunting Europe – the spectre of communism.’ This is the first line of The Communist Manifesto, which was written in the middle of the nineteenth century and is perhaps the most famous political pamphlet ever. The spectre – something scary and menacing – was the threat to Europe’s existing system of capitalism. The threat came from an alternative system, communism, which was about to sweep capitalism away. Under communism there would be no private property and the workers, not the bosses, would have control of everything. The words were written by two Germans, Karl Marx (1818–83), the philosopher, historian, economist, and the most famous revolutionary in history, and his friend Friedrich Engels (1820–95). Marx is remembered by some as a social prophet, a great thinker who could see the future like no one else. Others think he’s a villain who took economics down a dangerous alley.

Marx gave his warning about the end of capitalism in 1848, just as European nations did seem about to fall off a cliff. In France, the monarchy had been restored after the revolution of 1789 had removed it. Now the people were once more angry with their king. As Marx published his manifesto, demonstrations erupted in Paris. Protestors built barricades and fought in the streets with soldiers. Marx rushed to join the struggle. By the time he arrived, the king had fled and a republic had been declared. Crowds of cheering revolutionaries filled the squares.

The reason for Marx’s excitement comes a few sentences after the famous opening line. He says: ‘The history of all hitherto existing society is the history of class struggles.’ By this he meant that history is about dispute and conflict, that between rich and poor, bosses and workers. Marx believed that in Paris he’d seen the historical struggle in action. He’d predicted the overthrow of the capitalist bosses (the ‘bourgeoisie’) by the workers (the ‘proletariat’). He hoped that the uprisings were the start of this, but a few months later Europe’s revolutions fizzled out. It seemed that the death of capitalism was going to be a long and drawn-out one.

Marx retreated to Britain, one of the last remaining European powers not to have expelled him for his troublesome writing. In London he became leader of a circle of foreign revolutionaries. He had a frightening stare, long beard and hairy hands, and used his phenomenal learning to expose stupidity. He often scolded his fellow revolutionaries in public, and he liked taunting famous and powerful people. He said that the British philosopher Jeremy Bentham was so dry and boring that he must have had a tongue made of leather, and he called the prime minister, Lord Russell, a ‘distorted dwarf’.

Marx began an intense study of economics that resulted in a massive book in which he aimed to give a complete theory of capitalism. It took him many long years. He had incredible stamina, but also a tendency to put things off and get into a muddle. Shopkeepers were often found banging on his door demanding the payment of overdue bills. His wife and children were regularly ill and when a young daughter died he had to borrow £2 from his neighbour to buy a coffin. He’d often take refuge in the British Museum Reading Room, where he devoured difficult books on history and economics. He’d return home carrying big piles of notes and stay up all night writing, puffing away on cigar after cigar, with his children’s toys and bits of broken furniture strewn all around him. Putting pen to paper was often rather painful because he suffered from carbuncles, horrible boils which he’d try to treat using arsenic. Finally, in the late 1860s – some twenty years after he began – he completed volume one of his book, moaning that he’d had to sacrifice health, happiness and family to get to the end of it. He wrote the last pages while standing up at his desk because his boils were so inflamed. When he finished he said, ‘I hope the bourgeoisie will remember my carbuncles until their dying day.’

The utopian thinkers whom we met earlier said that capitalism poisoned human society. Like them, Marx believed that a new society was needed for people to truly flourish, but he thought that the utopians were fools to think that human kindness would bring it about. Instead, Marx believed that capitalism itself contained the seeds of a new society. He said that history unfolds in a series of economic systems. Before capitalism, the economy was governed by feudal traditions. There were no factory-owning capitalists, just small craftsmen, peasant farmers and noblemen. Capitalism emerges when powerful people take over the land and set up factories, and the peasant farmers and craftsmen become workers earning wages from the capitalists. Eventually capitalism itself gets replaced; this happens because of how capitalists earn their profits.

Capitalists buy raw materials (cloth, buttons, thread) to produce a good (shirts) which is then sold at a profit. Where does the profit come from? To understand this you need to see where economic value comes from. Like Adam Smith and David Ricardo, Marx said that the value of a good is the amount of labour used to make it. This is known as the ‘labour theory of value’. If a shirt takes thirty minutes of labour to make, then it’s worth that amount of labour. Like Smith and Ricardo, Marx also believed that workers earned what they needed to pay for their subsistence, a minimum amount of food and clothing. Suppose that after five hours of toil workers make enough shirts to earn their subsistence. This is the wage that the capitalist hires them for. If the worker’s shift is twelve hours long, though, there’s an extra seven hours above the five needed to earn the worker’s subsistence. What happens to the ‘surplus value’, the money earned from selling the shirts made during the extra seven hours? It goes to the capitalist as profit. The surplus allows capitalists to buy more machines and capital and this makes the economy get bigger.

Capitalists ‘exploit’ the workers in the sense that they want to squeeze out as much surplus value as possible by making them work hard and long. The workers want a shorter working day and higher wages. Competition between workers keeps wages down, too, because those who have a job are always under threat of losing it to someone else. The outlook for the proletariat is bleak: capitalism turns the life of a worker into nothing but toil and ‘drags his wife and child beneath the wheels of the Juggernaut of capital’.

To Marx, the conflict between the bourgeoisie and the proletariat is a deep contradiction of capitalism. Capitalists try to protect their profits by squeezing the workers harder and harder. The workers get an ever-smaller share of the economic pie. Eventually they simply don’t have the money to buy all the goods churned out in the factories and so the capitalists find that they can’t sell all their goods. All the while, the workers get more miserable and discontented. Eventually the whole system collapses. The workers rise up, seize the factories and fields and set up a communist society, which ends exploitation. That’s because there’d be no private property: a furnace or crane wouldn’t be owned by a particular capitalist, it would be owned by the community. People would be given what they needed to live rather than what a capitalist boss paid them. Communism would get rid of the division of society into different classes constantly fighting against each other.

Marx believed, then, that capitalism is all about turmoil and stress – no sign here of Adam Smith’s invisible hand through which moneymaking leads to harmony. Under capitalism, the capitalists own the ‘means of production’: the capital needed to make the goods. The workers own nothing but their own labour. Unlike peasants in a feudal society who are tied to a lord, the workers are free to work for anyone. But all they have is their labour so their only option is to work for a capitalist and be exploited. Capitalists are able to build up their capital and get rich because the country’s laws and political system allow them to own capital and to keep as profit the surplus value created by the workers. In conventional economics, which sees capitalism as largely free from conflict, capital is seen as merely a collection of things. It’s the buildings, conveyor belts, saws and looms that are used to produce goods. To Marx, capital was more than these. It was about power. Capital depends on a division of society into those with property and those without, and the creation of capitalism involves those with property gaining all the power. Understanding this was vital to seeing the reality of capitalism, which is why Marx called his book simply Capital.

From A Little History of Economics by Niall Kishtainy, published by Yale University Press in 2018. Reproduced with permission. 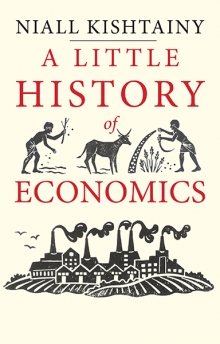