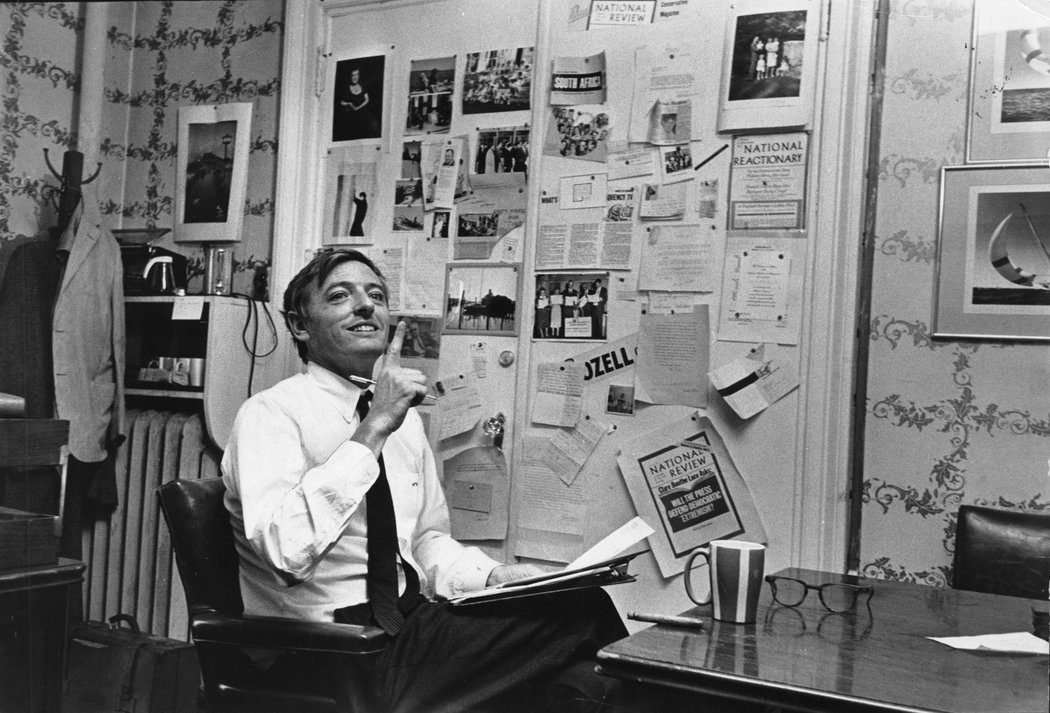 When friends, colleagues, and relatives learned that I was writing a book about William F. Buckley Jr., they almost universally had the same response: “Oh, what fun!” Fun was a word often associated with Buckley. On November 3, 1967, during my first semester in college, he made the cover of Time. Beneath a David Levine drawing of him appeared the words: “William Buckley / Conservatism Can Be Fun.” (Weeks prior to that he had been the freshman orientation speaker at the university I was attending.)

Buckley had come into my life just two years earlier, in 1965. I was sixteen and a sophomore at Irvington High School in New Jersey; Buckley was running for Mayor of New York City. Already interested in politics, I was enthralled by the mayoral debates that had become a major component in the campaign taking place across the Hudson River. There was Republican Congressman John V. Lindsay—“the next John F. Kennedy,” according to some press accounts. Lindsay was young, handsome, tall, and said to be in the race because he needed a bigger office from which to run for President. There was the City Comptroller, the older, shorter, silver-haired Democrat Abraham D. Beame, a man very much of the clubhouse. He had been on the city payroll since 1946 and had the demeanor of a man running for Mayor primarily to augment his city pension.

Then there was Buckley. He was articulate, knowledgeable, witty, and urbane—hardly attributes people associated with “conservatives.” He used multisyllabic words I could not comprehend. He made no attempt to conceal his contempt for his opponents’ intellects—or his boredom when they recited platitudes. Lindsay was serious and sanctimonious and Beame self-disciplined and polite. Only Buckley appeared to be enjoying both the campaign and the spotlight. Buckley had “a smile that could light up an auditorium,” as George F. Will noted in a column after Buckley’s passing in 2008. And that attribute of his was much on display in the fall of 1965.

Buckley used his wit to attract the attention of the uninitiated to what he had to say. I could always count on him to offer a perspective different from that of most other commentators. Most of them saw their mission as passing along the conventional wisdom of the times, which was decidedly liberal. I began to seek out Buckley’s books. The first one I read was The Unmaking of a Mayor. Next came Up from Liberalism and Rumbles Left and Right. (I did not pick up God and Man at Yale until I was well along in college, where I also delved into back issues of National Review.) Buckley’s television program Firing Line premiered during my junior year in high school. By the time I graduated, I was hooked.

Only after he had passed from the scene did I learn of the impact he had on other teenagers when they were politically coming of age. In a March 3, 2008, column for the New York Times, William Kristol related that his high school yearbook bears a photograph in which he is wearing a button that reads: “Don’t let them immanentize the eschaton.” The quotation was Buckley’s distillation of Eric Voegelin’s political philosophy. It warns readers not to allow ideologues to try to create heaven on earth. When they do, bad things happen: gulags, death camps, cultural revolutions, planes turned into missiles and own into buildings, and beheadings. One could always count on Buckley to sound the alarm.

Buckley always attracted young readers. One day in the mid-1980s, I stopped in a bookstore across from New York’s Penn Station to pass the time before boarding the train back to Princeton, New Jersey. Two tables away from me was a teenager in a jacket sporting the insignia of a regional Catholic high school. He was around the age Kristol was when the photograph he described appeared in his high school yearbook. The young man picked up a copy of Buckley’s Right Reason (1986) and began waving it at friend a few yards away. The two started chanting in muted voices, “Will-iam F.! Will-iam F.!” I wonder what they are now and whether they followed their role model into the worlds of writing and politics. My students, most of them born during the 1990s, have little memory of him. Some recall the tremendous media coverage his passing received. They have a sense that such attention is bestowed primarily upon the extraordinary. And Buckley was nothing short of extraordinary.

From A Man and His Presidents by Alvin S. Felzenberg, published by Yale University Press in 2018. Reproduced with permission.

Alvin S. Felzenberg served in two presidential administrations and was principal spokesman for the 9/11 Commission. He teaches at the University of Pennsylvania’s Annenberg School for Communication and is the author of The Leaders We Deserved (and a Few We Didn’t). He lives in Washington, DC. 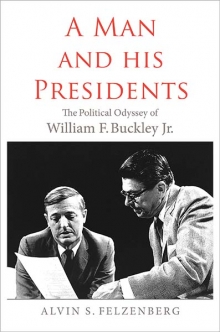