The traditional method of farming used throughout the tropics is called shifting cultivation, roza, tumba y quema, or slash and burn agriculture. A small plot of forest is felled and burned, and corn, rice, cassava, or a variety of other crops are planted in the ash. These sites are farmed for several years until excessive competition by weeds and declining yields make additional cultivation untenable. The farmers will then locate another area of forest suitable for farming and start the cycle over again, “shifting” cultivation from one forest clearing to another.

The old farming sites, or fallows, are allowed to grow back into forest. For the longest time, it was thought that indigenous farmers completely abandoned these weedy tangles of successional vegetation. The creation of fallows within a tropical forest was viewed as a wasteful and destructive practice and the “rapacious” farming system that had caused this forest destruction has been much criticized. Recent research, however, has shown that local farmers do not abandon these fallows—they manage them. In addition to agricultural crops, they plant fruit trees, timber species, thatch palms, medicinal plants, and rattan canes in their fields. These plants continue to grow and reproduce and eventually dominate the young forest. And the villagers return to their fallows periodically to weed, clear the underbrush, remove unwanted tree species, and, depending on the season, collect fruits and palm thatch or harvest rattan.

Far from being abandoned, much of the fallow vegetation created by indigenous farmers in the tropics is enriched with useful species and carefully managed. Many of these fallows are part of a sophisticated system of resource use that subtly transitions from agriculture to managed forest. The forest is cleared, burned, farmed for a few years, and a number of perennial crops are then introduced among the charred stumps and weeds. These resources are carefully tended—and periodically harvested—until the site once again becomes a forest. Although extremely effective from a silvicultural standpoint, the management interventions of local villagers are essentially invisible to the untrained eye. It looks like the site is simply undergoing secondary succession and growing back after farming.

The management of fallow vegetation by indigenous farmers is important on several levels. Through conscientious weeding and enrichment planting, the composition of the forest re-growth is subtly changed to favor useful or economic species.  And villagers have been doing this for hundreds, if not thousands, of years, in every tropical region of the world.  Given the ubiquity of this practice, calling a tract of tropical forest “virgin” or “pristine” or “undisturbed,” even remote and inaccessible tracts of forest, is questionable. While the imprint of indigenous silviculture may be hard to detect, the daily activities of villager farmers working in their fallows force us to reconsidered what we mean when we use the descriptor “wild” to describe tropical forests, and invite reflection on the origin of the forests that are gazetted and set aside as nature reserves.

Managed fallows also provide a useful glimpse into the management philosophy of indigenous farmers. For them, there is no clear line between agriculture and forestry. There is a cycle at work here, and the continual production of annual crops and staple foods, as well as fruits, building materials, cordage, and medicinal plants, requires that forests in different stages of development be maintained by the community. Forest succession is carefully controlled, rather than arrested or inhibited. Cattle pastures, oil palm plantations, cacao groves, and soybean fields stop the successional development of forest vegetation on a site. Managed fallows, in contrast, facilitate and enrich this ecological process. In our search for better ways to use tropical forests, to maintain forest cover, conserve biodiversity, enhance carbon sequestration, and provide for local livelihoods, the indigenous practice of managing fallow vegetation would seem to have a lot to teach us.

Charles M. Peters is Kate E. Tode Curator of Botany at the New York Botanical Garden and professor of tropical ecology (adjunct) at the Yale School of Forestry and Environmental Studies. 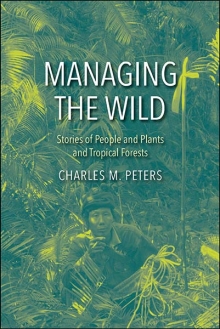