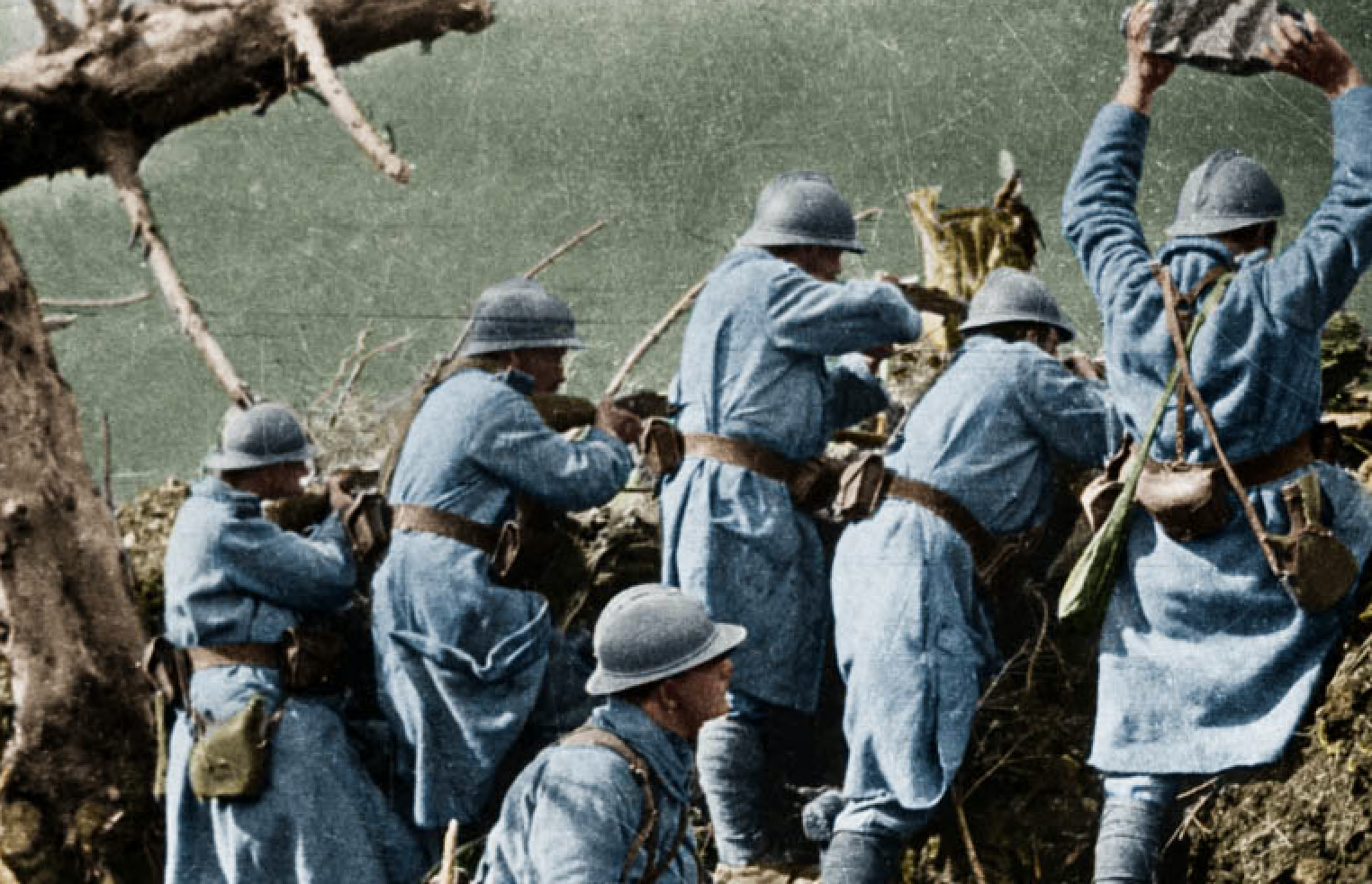 In March 1918, after more than forty months on the front lines, under daily threat of violent death, disease, or dismemberment, French infantry corporal Louis Barthas succumbs to exhaustion and earns an evacuation order from a cynical, reluctant medical officer. He’s shunted out of the Argonne forest to the rear for recuperation, far from enemy shellfire, flooded trenches, and filthy billets.  Nearing age forty, he first is assigned to a field hospital and then to Brittany where he’ll spend the rest of the war training raw recruits and guarding prisoners.

In this excerpt from his World War I Notebooks Barthas tells of leaving the trenches for good:

That was a tough march.  Around noon, despite my comrades from time to time carrying my rifle for me, I had to fall out of rank.  Our lieutenant told me to keep up as best I could, simply suggesting that I take charge of the laggards at the rear, who were becoming more and more numerous.  They were counting on me to buck up the slackers!

About 4 p.m., after ten hours of marching without much of a break, we arrived in a village called Auve. We were lodged in wood-frame barracks. When I got there I collapsed in a heap, not even strong enough to slough off my gear.  My comrades had to pull the pack off my aching shoulders.

The captain came to tell us that we had to get to bed early.  Next day’s march would be even longer.  This hardly encouraging news spurred me to go to sickbay, to try to get exempted from carrying a pack, the next day.

Just as I got there, the major [medical officer] was just closing up. At the sight of me, he got angry.

“Monsieur le Major, I couldn’t keep up with my comrades. I’ve only just arrived in Auve.”

“’Hold on,”, he said to his caporal infirmier [medical corporal], “Let’s evacuate this one, too. Otherwise he’ll be nagging us every day. But I’m sure there’s nothing wrong with him. It’s just that we have to get rid of these people who don’t want to do anything,” he said in rising anger.

My self-interest should have led me to keep quiet and play the idiot, but I was provoked and I responded:

“Monsieur le Major, since 1914 I’ve never been evacuated, but now I’m at the end of my strength.”’

He didn’t even ask what was wrong with me.  To his scribe, who asked him what he should put down on my card, he said: “He’s got nothing wrong. Put down whatever you want,”  and turning to me, “Be back here in twenty minutes with all your gear, or else I’m not evacuating you. Do you hear?”

Yes, I heard just fine.  Despite his unjustified anger toward me, despite his insults.  I would have hugged this man’s knees, kissed his hands.  With wobbly legs, I stumbled back to the cantonment.

The squad was eating dinner. The old-timer Sonnes, from the Gers, grumbled to me:  “Well, where’ve you been hanging out?  Too bad for you, we couldn’t wait for you.”

“Eat up, friends.  Don’t worry about me. I’m leaving right away. I’m being evacuated.”

At these words, forks hung suspended in mid-air. Dumbstruck, the men gazed at me, then their hands reached out to me.  I saw their eyes get moist, their voices trembled a little.  Would we ever see each other again? Had I really won a bit of esteem, of affection, from these gloomy Bretons, always aloof from those who are not of their race?

For as long as I’d been among them I’d given them all my tobacco and my ration of gniole [hooch] – precious gifts for the Bretons.  That might have had something to do with their regret at my departure. The most afflicted was my friend Sonnes, the only one of the squad from the Midi [south of France]; the same age as me, just as worn out, my companion bringing up the rear in all the relief details, all the marches.

“So,’ he said to me in a reproachful tone, ”you’re abandoning me? Tomorrow I’ll be the only laggard?”

Deeply moved, I embraced him, and not finding any words to say I left, without a look back, and joined the lame and the halt at the police post.

There were ten of us.  By a curious twist of fate, two were old comrades from my very first squad when I arrived at the front in 1914.  They were Donadilles from the Tarn, who had just pulled a lucky sprain while horsing around with a comrade, and Sajus from Toulouse, whose feet had gotten bloody the previous winter.

They led us to an ambulance [field hospital] which was near the village.  It was made up of about fifty barracks buildings capable of housing more than two thousand, but at that time there were more doctors and nurses than sick. It was farther away from where the storm was bursting and human flesh was being shredded.

They gave me a nice, soft bed which I stretched out on with delight.  It’s not that I was spoiled.  This was the first time on the front lines since 1914 that I slept in a real bed.

In the morning, I heard the regiment waking up in the village, getting ready to leave.  In a driving rain they marched out on the road alongside the barracks.  I pitied my poor comrades.  That spoiled my happiness.

At 8’o’clock the [new] major showed up. Nothing in common with the brute who’d evacuated me.  A sympathetic look, a soft word.  He asked me about my family, and was visibly moved when I told him I’d been manning the trenches since 1914.  He prescribed rest and a fortifying diet for me.  That’s all I was asking for.

From Poilu: The World War I Notebooks of Corporal Louis Barthas, Barrelmaker, 1914-1918 by Louis Barthas; Translated by Edward M. Strauss. Published by Yale University Press in 2015. Reproduced with permission. 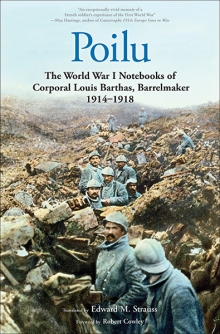