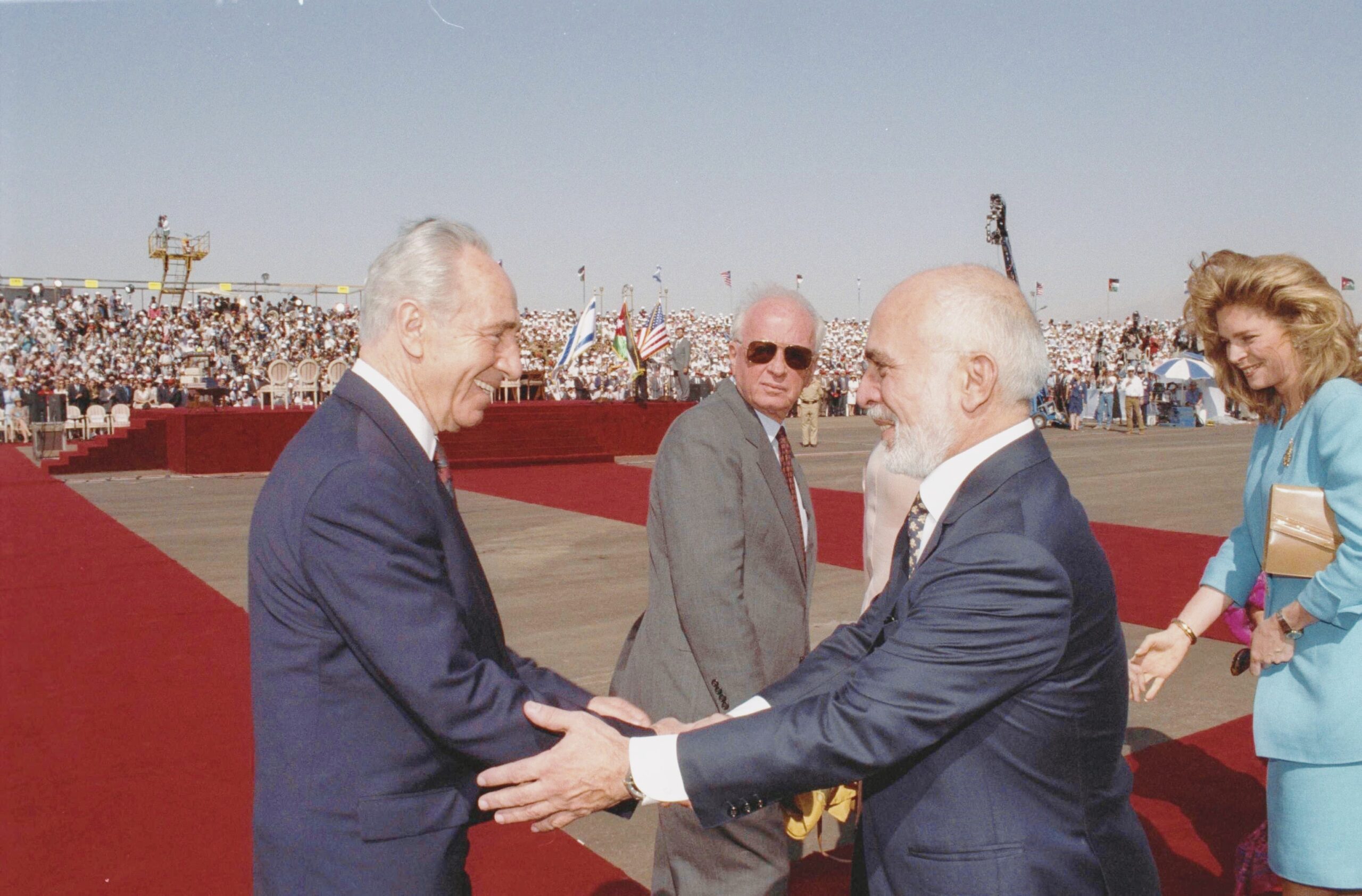 On July 26, 1994, Prime Minister Rabin and King Hussein spoke to a joint session of the U.S. Congress, and on July 30 they signed an agreement in Washington ending the state of war between Jordan and Israel. It was an interim step leading the way to a full-edged peace treaty, which was signed on Oc- tober 26, 1994. Jordan thus became the second Arab state after Egypt to sign a full peace treaty with Israel. In his speech to Congress, Rabin said, “I, Yitzhak Rabin, military ID number 30743, Lieutenant General retired, a soldier in the IDF and in the army of peace. I who have sent troops into there and soldiers into their death am saying to you, the King of Jordan, and saying to you, American friends: We are launching today a war that has no killed and wounded, no blood and suffering, the war for peace.”

In earlier years Rabin was not an orator, not even a first-rate public speaker. But in his second tenure, his collaboration with his bureau chief and speechwriter Eitan Haber produced several memorable speeches. This was one of them. Despite the rhetorical hyperbole with which Rabin himself felt visibly uncomfortable, his statement reflected two profound truths. To Rabin, making peace at this point—having reached the peak of his career and as he approached the end of his life—was a natural extension of his early career as a soldier. There had been a time for war, and finally, there was a time to make peace. To the Israeli public, it was crucial that the peace process of the 1990s be led by a former chief of staff of the IDF and a minister of defense. Israelis were anxious and dubious about the peace process that began in 1993, and they were willing to go along with it only under the leadership of a prime minister they trusted deeply and who instilled in them a sense of security while these concessions were made.

There was, by this time, nothing controversial about making peace with Jordan. Israel and Jordan had fought in the past, at times ferociously, but King Hussein and Hashemite Jordan were seen in the 1990s as potential allies and peace partners. Israel now saw Jordan as the friendly part of the Israeli–Jordanian– Palestinian triangle and as a trusted protector of its longest land border. Furthermore, the concessions made to persuade Jordan to sign the peace treaty were minor and painless: Israel returned to Jordan land it had taken over in the south and was allowed, in return, to lease its cultivated part. But in order to be able to make this landmark peace with Jordan—to turn more than twenty years of clandestine contacts with King Hussein into fruitful and of social peace negotiations—the far more controversial Oslo Accords had to have been made a year earlier. Only when the leadership of the Palestinian National Movement signed its agreement with Israel and went, with Israel, through a process of mutual recognition, did the king of Jordan have the legitimacy and the urgency to make his own peace with Israel.

The Oslo Accords and the Oslo process they produced were the defining events of Rabin’s second tenure as Israel’s prime minister. He paid for them with his life, but they turned him into an international statesman, a leader who could make bold decisions, go against his own grain, and carry his public with him.

From Yitzhak Rabin by Itamar Rabinovich. Published by Yale University Press in 2017. Reproduced with permission.

Itamar Rabinovich is president of The Israel Institute (Washington, DC, and Tel Aviv); Global Distinguished Professor, New York University; and Non-Resident Distinguished Fellow, Brookings Institution. He is a former president of Tel Aviv University and was Rabin’s ambassador in Washington and chief negotiator with Syria. 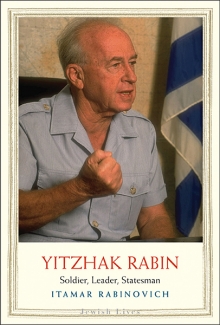