President Trump tweeted this statement most recently on June 19 at the height of the backlash against his administration’s practice of separating the children of undocumented immigrants from their parents. But the idea that unauthorized crossings of the border threaten America’s very existence as a country has been a feature of his rhetoric for years now. “We either have a country or we don’t have a country,” he said during a 2015 primary debate, when asked to defend his pledge to deport as many as 5 million people.

In a narrow sense, Trump’s argument is a truism. Under the most common definition in international law, a state must possess the following characteristics: “permanent population,” “defined territory,” “government,” and “capacity to enter into relations.” Under Max Weber’s definition, one of the most widely cited in political science literature, a state is an entity that exercises a “monopoly of the legitimate use of physical force within a given territory.”

In both definitions, the demarcation of territory is critical. And unless a country is an island like Iceland or Japan, that means borders must be drawn to demarcate where one state’s legal authority ends and another’s begins. And in today’s world, it’s assumed that every person must be a citizen of one country or another. “A man must have a nationality as he must have a nose and two ears; a deficiency in any of these particulars is not inconceivable, and does from time to time occur, but only as a result of some disaster, and it is itself a disaster of a kind,” wrote the philosopher Ernest Gellner.

But Trump’s definition takes things a step further, suggesting that countries ought to be hermetically sealed boxes with absolute control over entries and exits, and that any unauthorized entry would “infest our country.”

Again, the assumption is that nationhood requires militarized, bureaucratic border controls. This might have surprised someone living prior to the 20th century. As the Austrian-Jewish writer Stefan Zweig, who became a refugee after the rise of Nazism, wrote in his memoir, “Before 1914 the earth belonged to the entire human race. Everyone could go where he wanted and stay there as long as he liked. No permits or visas were necessary, and I am always enchanted by the amazement of young people when I tell them that before 1914 I travelled to India and America without a passport.

This is an exaggeration of course. Not everyone enjoyed the easy mobility of a well-to-do European like Zweig—the United States passed the Chinese Exclusion Act in 1882 to take just one example. But it is true that World War I marked something of an inflection point in the control of international travel and migration. Passports, as we know them today, came into wide use only in the early 20th century. In the U.S., the federal government fully assumed control of the process of admitting immigrants in the 1890s and the Border Patrol was established in 1924. Over the course of the 1920s, unauthorized entry into the United States was criminalized.

Today, U.S. borders have “thickened” to the point that the area within 100 miles of boundary line is considered a “border zone” where Customs and Border Patrol agents can operate and are not bound by constitutional restrictions against warrantless searches.

But to the president, evidently, this is not enough. Even with illegal border crossings having fallen for years before he took office, nothing short of complete control is acceptable. And apparently, wanton human rights violations are acceptable in order to achieve that control.

Trump, and his ideological allies on the European right, often frame their national vision in terms of a return to a prelapsarian era of national sovereignty and law and order. But the notion of tight control they propose is something quite new. Perhaps this level of control of who enters the United States seems logical and achievable to Trump since he also seems to assume other countries have complete control over who is trying to enter. He famously said in the speech announcing his candidacy, “When Mexico sends its people, they’re not sending their best.” He repeated this sentiment just last week, threatening to cut off U.S. aid from countries that “abuse us by sending their people up— not their best”.

Under this view, immigration into the U.S. is the result of deliberately pernicious actions by other governments, necessitating extreme force by our government to stop it. It’s a model that has no room for the agency of immigrants themselves: individuals making individual decisions about the risks, rewards, or necessity of crossing the lines dividing one country from another.

Joshua Keating is a foreign policy analyst, staff writer, and editor at Slate. Previously he was an editor at Foreign Policy. 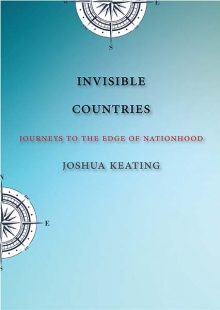