By the end of the seventeenth century, the Native people of what we now call New England were overwhelmed by a rapidly growing, land-hungry English colonial population and the repeated onslaught of epidemic disease. A bold attempt at resistance—King Philip’s War (1674-1678)—led to a devastating defeat. Thousands died in the war; others carried themselves into exile. Most of the Natives remaining in New England were confined to reservations, leading many English, then and since, to conclude that the Indians had vanished—the “last of” them had succumbed to the persistent march of European civilization.

It’s a familiar story, but not a true one. There never was a “last” of the Mohegans, Mahicans, Wampanoags, or Nipmucs. They survived and adapted, in their traditional places or afar, sometimes in startling and remarkable ways. One such survivor was John Wompas, a Nipmuc Indian born about 1640, after English colonization had begun in earnest. Trained in both Native and English worlds, John moved with ease between them. He attended English grammar schools and Harvard College, purchased a home in English Boston, and worked as a transatlantic sailor. Using his bicultural knowledge and Indian identity to his advantage, he entered the land market, selling Indian land to the English against the wishes of his Nipmuc kin and at far higher prices than they were able to command. When colonial officials sought to restrict his sales, he traveled to England and appealed in person to King Charles II. Then, in a late-life reversal of his swindling ways, Wompas took legal steps to block the land transfers and protect the homeland of his Nipmuc kin. Part of that homeland persists in Native hands today. Wompas’s adept use of English tools to protect his own and, in the end, the Nipmuc’s interest is a striking demonstration that the tools of colonialism could be wielded by the colonized and the colonizers alike.

If John Wompas was so remarkable, why haven’t more people heard of him? One reason is that he left no personal records. Traditional biographies rely on diaries, letters, memoirs, and other writings to flesh out their subjects. The privileged position of wealthy, educated white men throughout much of American history made them more likely to produce such records and to have them preserved after their deaths. Not surprisingly, few biographies have been written about American Indians of the seventeenth century, very few of whom left any personal records. This is true even for well-known figures such as Powhatan, Pocahontas, and Metacom (King Philip). Biographies of early Indian men and women have to be extracted from the accounts of non-Native people and from court and government records, all of which tend to be tainted by bias or hostility. That doesn’t mean we should dismiss such records, but we do have to read them with care, trying to understand how each recorder may have perceived—or failed to perceive—what was happening. We also need to balance written records with other sources, including studies from disciplines such as anthropology and archaeology and consultation with modern descendants of Native peoples who have retained oral histories, traditions, languages, and cultural practices.

John Wompas’s story demonstrates the need for such balance. Wompas was a controversial figure among both his fellow Nipmucs and English colonists, and complaints against him appear in a number of court records. These provide us with valuable information about Wompas’s life, but they cast him in a very negative light. Witnesses described him as “surly,” “disorderly,” and “threatening” when he delivered a stinging public rebuke to a group of Cambridge townspeople in 1677, and they sent for a constable to haul him off to prison. Seen from another perspective, however, Wompas’s diatribe evokes traditional patterns of Native oratory. He may have been making a bid for leadership by publicly insulting his foes, a rhetorical style that would have been lost on his English audience. Such a pattern is invisible in the English records, but Native oral history and traditions preserve these cultural patterns and enable us to balance the one-sidedness of the written record.

There is another important reason for consulting with modern Native communities: What historians write can and has been used against Native people in modern disputes over land and other rights. It would be extremely unfair to draw potentially damaging conclusions based solely on documents authored by those who stood to benefit from the dispossession of Native land and rights. Balance demands that we seek the Native perspective as well.

While the challenge of writing about poorly documented people may be daunting, seeing such individuals as John Wompas, his wife Ann Prask, and other Native men and women emerge from obscurity is well worth the effort. Their stories challenge the idea that Indians were wholly defeated in the aftermath of King Philip’s War, reveal the ways Native people used English tools to adapt to and survive colonialism, and greatly enrich our understanding of the past.

Jenny Hale Pulsipher is associate professor of history at Brigham Young University and author of Subjects unto the Same King: Indians, English, and the Contest for Authority in Colonial New England. 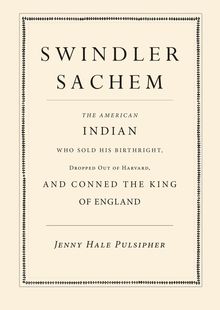