Recently published by The Metropolitan Museum of Art and distributed by Yale University Press, My Soul Has Grown Deep: Black Art from the American South accompanies the exhibition History Refused to Die: Highlights from the Souls Grown Deep Foundation, on view at The Met Fifth Avenue through September 23. The show and the 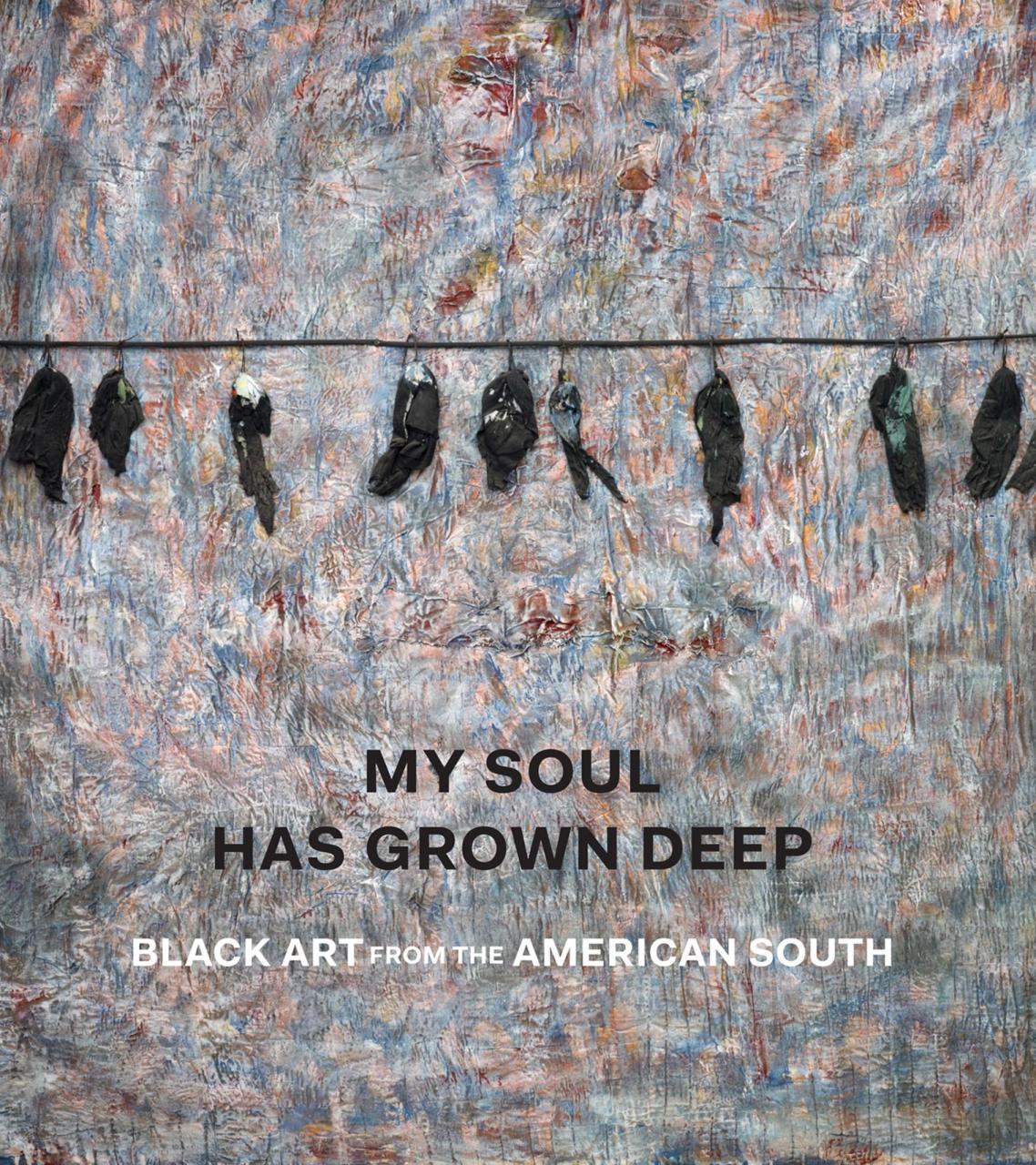 The paintings, drawings, mixed-media compositions, sculptures, and textiles included in the book range from the profound assemblages of Thornton Dial to the renowned quilts produced in Gee’s Bend, Alabama. In a departure from earlier scholarship, this remarkable study considers these works on their own merits, while also telling the compelling stories of artists who overcame enormous obstacles to create distinctive and culturally resonant works of art.

In a recent review of the catalogue, the Wall Street Journal praised Amelia Peck’s essay on the Gee’s Bend quilters, “Quilt/Art: Deconstructing the Gee’s Bend Quilt Phenomenon,” in which she questions some of the commonly held assumptions about these works of art. I had the opportunity to speak with Amelia about her essay, American traditions of quilting, and the slippery distinction between art and craft.

Rachel High: The quilts featured in My Soul Has Grown Deep first spent time on beds in Gee’s Bend before The Met hung them on the walls of its galleries. Women working outside of traditional art-world paradigms created these compelling textiles. Both of these facts traditionally precluded the quilts from being considered as works of art. In asserting the value of the margin, it is often tempting to compare it to the center—even if that is actually a superficial comparison. Previous scholars have compared the Gee’s Bend quilts to abstract paintings. In your essay, you reject this interpretation. Why?

There’s a marketplace component to this view; this comparison was an attempt to raise their value—I’m not talking simply about monetary value, but rather the validity of these quilts as works of art. Earlier generations couldn’t see them as anything other than domestic. “Women” and “domestic” are uncomfortable categories for most classically trained art critics; a useful object made by women for the home that also happened to be beautiful was not considered art.

For a long time, critics compared graphic quilts to abstract art painted by men as an easy way to make sense of them and to make them into something more valuable than just a bed covering—more of a “real” work of art.

Amish quilts, like the one on the left, were similarly compared to abstract painting, even though the makers had little exposure to these trends in contemporary art. Gee’s Bend artists adapted traditional quilting patterns but improvised with the patterns and used materials that were readily available to them, like recycled denim work clothes.

Amelia Peck: I think it was a combination of things. These patterns were passed down through generations of Gee’s Bend women. Patterns that were typical across the country in the mid-to-late nineteenth century were still being made by Gee’s Bend quilters much later, into the twentieth century. That said, these traditional patterns were made less and less traditional over the years by the visual sensibility of the original quilters, who then taught their children and their grandchildren. They put their own particular spin on things. For example, the Gee’s Bend quilters often used different materials than those used in more traditional quilts, and they mostly depended upon reused fabrics.

The myth of patchwork quilts has always been that all patchwork quilts are made from leftover scraps collected by women. That is not necessarily the case—in fact, it is usually not the case. In many nineteenth-century quilts, much, if not all, of the fabric was brand new. In the case of the Gee’s Bend quilters, however, they really were cutting up old clothes and other readily available fabric, which they didn’t have to buy new, to create their quilts. For the corduroy quilts, they used scraps left over from a large commission making cushion covers for Sears, Roebuck and Company in the 1970s. The Freedom Quilting Bee, a collective to which many of the Gee’s Bend quilters belonged, organized that work.

There was also an element of necessity in the quilters’ innovations. I read about and talked to some of the women from the Gee’s Bend area when researching for the catalogue; I don’t want to generalize too much, but a lot of the women had very large families and lived in houses where they really needed to make these quilts to keep their families warm. The Gee’s Bend quilters weren’t going to spend a year piecing together lots of tiny bits of fabric to make an absolutely perfect, predefined pattern. Instead, they worked pretty quickly and used larger pieces of fabric if available. They improvised with what they had and created patterns that were very decorative and attractive but were not the laborious and overly intricate patterns created in wealthier communities, where women had more leisure time.

Rachel High: Unlike the objects in the rest of the book by the artists of the Birmingham-Bessemer group, which mostly date from the last fifty years, the Gee’s Bend quilts go as far back as the 1930s. How are the quilts in dialogue with the more recent works featured in the publication?

Amelia Peck: Until we started installing the show, I didn’t realize how many of Thornton Dial’s works incorporated textiles. The work by Dial on the cover of the book, The End of November: The Birds That Didn’t Learn How to Fly, is actually painted on a quilt. Ronald Lockett’s great aunt Sarah Dial Lockett was a famed quilter. The quilts were very much a part of the local art world in the area of Alabama where most of these artists lived. Even though the Gee’s Bend quilts have been shown separately from these paintings and sculptures in the past, the male and female artists knew each other’s work.

Just as the other artists in the show are working into today, the quilters are still creating as well, though they may be second or third generation. The most recent quilt we have in the collection is from the 2000s. Eighty-four-year-old quilter Lucy Mingo came to the opening of the exhibition and said she still quilts with her friends four days a week! It’s very much a living tradition.

Rachel High: At the end of the essay, you discuss the difference between art and craft. What do both words mean to you? Are they mutually exclusive?

Amelia Peck: As a textile curator who has spent a lot of time studying and exhibiting women’s work, I came to the conclusion in my essay that there is no difference, in my mind, between art and craft. Of course, there is textile art, which contemporary artists are making today with the intention that the finished product will hang in a museum, but throughout history, women were making very fine textiles that were intended to highlight their artistic talents, even if they weren’t shown outside the home.

The women of Gee’s Bend describe creating the quilts as a process of finding combinations of colors and patterns that pleased their eyes. My conclusion is that these quilts are art because the women of Gee’s Bend had an intentional vision: they were composing artworks by putting pieces of various fabrics together, no differently than the other artists in the show would compose a painting or an assemblage.

Note: This interview has been edited for publication.

History Refused to Die: Highlights from the Souls Grown Deep Foundation Gift is on view at The Met Fifth Avenue through September 23.

Learn more about History Refused to Die in a blog series published in conjunction with the exhibition.