He was quite the most charming contract killer with whom one could imagine having a drink. But nonetheless, for all his cheerful Chechen twinkle, and the ritualised North Caucasus courtesy which meant we had to argue fiercely over the right to pay the bill, even though we both knew I’d be paying it in the end, he was a contract killer. There, in the incongruously bright confines of a café in Moscow’s Sheremetevo airport—which I’d specifically chosen for its metal detectors and ubiquitous security officers—he spun enthusiastically macabre tales of his crimes. Fascinating to someone who studies the shadowy Russian underworld, but I could never escape that most basic researcher’s question: how much of this can I believe?

As it was, I was lucky enough to have someone in MUR, Moscow’s criminal investigations department, whom I could ask whether this credulous Western researcher had been gulled by a canny Caucasus conman. I hadn’t. ‘Oh no, that’s all true,’ he confirmed. ‘If anything, he probably didn’t spill the really big stories. He’s serious, a very serious man.’

Perhaps the most peculiar aspect was his willingness to admit committing a string of bloody crimes, and to do so openly, to someone he had never met before. In the West, after all, when talking to criminals, even in prison, one has to be very clear: I am not your lawyer, I am not your confessor, there is no guarantee of confidentiality. I could be required to give evidence in a trial and am bound to tell the truth. As a result, often they will confine themselves to generalities, or tell their own stories loosely disguised as the tales of ‘some guy I met.’

Of course, the same legal circumstances apply in Russia. But as became clear while researching its vicious and varied underworld for my book The Vory: Russia’s Super Mafia, the relationship of cops and robbers is a little more complex and nuanced. It is not that this is a ‘mafia state’ where the criminals are in charge, nor yet it is right to say that the gangsters are just tools of the Kremlin. There are honest police officers, investigators and judges who want to put the bad guys behind bars, and in many cases they do.

At the same time, though, this is the land of krysha, ‘roof.’ This is the ubiquitous term for protection, and you’ll find it everywhere from political analysis (‘the minister is still under the president’s roof’) to adverts for travel insurance (‘you deserve a roof even when you’re away from home’). But the original and still the primary use is for impunity bought through cash or connections. And the point is that the serious gangsters, the heavy hitters, they have their krysha. So long as they have it, they are pretty much bullet-proof—in the figurative sense, as many have discovered, some courtesy of my Chechen interlocutor—and if they lose it, then the state or their enemies will bring them down regardless of such petty details as evidence and due process.

So for them, it didn’t matter what they told me. Or rather, it mattered, but in different ways. Why, after all, bother talking to a foreigner? Often it is simply as a status symbol, a chance to boast and preen. The days when being a vor—technically this means ‘thief’ but in practice it means the hard-core professional gangster—meant shunning the limelight and sticking to the company of your own kind are long gone. Now, many of them are virtual household names, and there are even websites devoted to following their lives and crimes. Especially in the 1990s, after the collapse of the Soviet Union, a time of wild and unpredictable disorder, vors were especially happy to talk. A conversation with a foreign ‘professor’ (if only I had been, that early in my academic career) seeming to be a status symbol akin to the BMW all-wheeler or the (maybe even real) Rolex on a chunky wrist.

For all that, though, their words can hardly be considered a reliable historical record. This became all the more clear when I began to notice certain regular patterns emerging. Whereas British offenders might want to claim that they were driven into crime by bad luck and bad life opportunities, Russians would seek to present themselves not as victims but as realists who had a better sense of how the ‘real world’ works and opted to be smart, not conformist. In doing so, though, they would often use phrases lifted word for word from popular gangster ballads, raising the question of whether this was what they believed, or what they felt they ought to say.

Likewise, it became clear that gangsters would appropriate widely-told anecdotes and add them to their personal narratives. In his book Violent Entrepreneurs, the sociologist Vadim Volkov, arguably the most acute Russian observer of this underworld, recounts an apocryphal story about a dispute between a vor and some Azeri gangsters outside St. Petersburg. The Russian pulled out his gun, but the Azeri showed no fear. ‘Okay, shoot me,’ he says, pointing to his own forehead. In a film, the Russian might be abashed by such chutzpah. In this case, though, he obligingly shoots him. The moral is that it is better to be smart and ruthless than simply brave.

The interesting thing is that several times I heard essentially the same story from gangsters across Russia, always told by someone who had heard it second (or third) hand, but with the solemn assertion that of course it had happened, just the way he said. Their stories are often as much parables, restating vor values and reaffirming the individual’s commitment to them.

Ultimately, all interviews must be treated with cautious, if open-minded scepticism, and conversations with criminals all the more so. Sometimes they are boasting, sometimes settling old scores. They may be recounting tales intended more to make a moral point. They could simply be lying. But for all that, talking to gangsters is always a fascinating way of gaining an insight into their world and their ways, just as much—or maybe even more so—than their crimes. Why do they want to talk, and what do they want to say? Do they present themselves as businessmen or bandits, Robin Hoods or Tony Sopranos? Do they come with a single bodyguard or an entourage? Do they expect you to pay the bill, or will they make a great show of their affluence and generosity?

Consider my genial Chechen assassin. He was unapologetic about his trade, but he framed himself not as a murderer-for-hire, but in the language of the abreg, the traditional outlaw folk hero of the North Caucasus. Shortly after we met, he retired, heading by all accounts back home to a farm and a gaggle of grandchildren. I may have been gathering research data when we met, but was I also acting as his chronicler? After all, what is the value of a tale, if no one tells it?

From How Do You Talk to a Russian Gangster? by Mark Galeotti via Yale Books, London

Mark Galeotti is senior researcher at the Institute of International Relations, Prague. An expert and prolific author on transnational crime and Russian security affairs, he has also advised the British Foreign Office and many government and law enforcement agencies in Europe and North America. 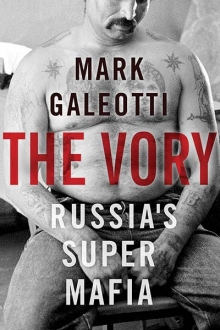