Computer tomography of human brain, from base of the skull to top via Wikimedia Commons

The concept of neurodiversity—the idea that every brain is a little different, some more than others—could transform neuroscience education and public perceptions about the brain. The concept is socially and politically valuable. And it’s intellectually honest.

In his book Neuro-Tribes: The Legacy of Autism and the Future of Neurodiversity, Steve Silberrman says, “Neurodiversity advocates propose that instead of viewing this gift as an error of nature—a puzzle to be solved and eliminated with techniques like prenatal testing and selective abortion—society should regard it as a valuable part of humanity’s genetic legacy while ameliorating aspects of autism that can be profoundly disabling without adequate forms of support.” Temple Grandin is fond of reminding people that the history of technological innovation has always required people with unusual brains.

Neurodiversity is a movement as much as a concept. Nick Walker, author of the blog Neurocosmopolitanism, describes three principles of what he calls “the neurodiversity paradigm”:

Of course, neurological difference is often painful, debilitating, or life threatening. While a seizure may be terrifying and painful, it can also be euphoric or lead to new insights. It’s important to recognize the pain and suffering that come with migraine or epilepsy. But if we attend only to the pain and suffering, if we think only in terms of disorder, then we have only a partial view. That’s true for medical research, clinical care, and cultural understanding. No two neurological syndromes are alike; and no two people diagnosed with a particular syndrome will experience the same range of symptoms or benefit from the same types of care. As psychologist Gary Marcus reminds us, “Biology isn’t elegant the way physics appears to be. The living world is bursting with variety and unpredictable complexity.” While brain research has advanced at astonishing rates in the past few decades, we’re far from understanding the physiological or social stakes of the complexity Marcus writes about.

In response to what we don’t know as much as to what we do know, people living with those actual brains are advocating for themselves. Voices of neurodiversity movement are proliferating—advocating, debating, insisting, decrying, lobbying, influencing policy, and designing research. It seems inevitable that neuroscience research will face increasing pressure from neurodiversity activists. These activists, after all, are living people who embody the impetus for the research. As a movement, neurodiversity is largely focused on autism, and while the near future is unpredictable, it seems likely that it will continue to expand its affiliations. Advocacy organizations of various kinds predate the coining of the term neurodiversity or its emergence as a culture and form of political organizing—including, to name just a few, the Tourette’s Association of America, the Epilepsy Foundation, and The American Dyslexia Association. While by no means uniform or unified in their ethos or aims, these organizations have advocated for valuing neurological difference and accommodating neurological disability for decades. The neurodiversity movement has emerged as a powerful cultural and political force over the last decade. The amplification of its message in that short time would seem to signal its influence in the coming decade, as its proponents continue to lobby researchers, physicians, and policy makers to value difference, avoid normalizing or pathologizing particular brains, and conceive healthcare as a means of helping people rather than correcting them—lobbying that will take both grassroots and institutionalized forms.

If the idea of neurodiversity is new two you, I recommend two influential voices. Video blogger Amethyst Schaber is one of the grassroots proponents. She’s the author of the blog neurowonderful and the creator of the YouTube Channel “Ask an Autistic.” Her YouTube channel contains relatively short videos—ranging from under a minute to ninety minutes—focused on particular topics relevant to the lives of autistic people, their families or friends, and anybody else who may be interested. Eleanor Longden is both a grassroots proponent and a professional research psychologist representing the International Hearing Voices Network, an organization most influential in United Kingdom and Netherlands but with international reach. The HVN (also known by its affiliate names The Hearing Voice Movement and Intervoice) is perhaps the neurodiversity movement’s closest—and most astonishingly effective—cousin. The Hearing Voices Network was founded in 1990 on the premise that hearing voices is not necessarily a pathological phenomenon or a sign of psychosis. Its mission involves creating community, change policy, and transform psychiatric practice. Longden, a psychologist and a person who hears voices presented a high profile TED Talk in 2012, recounting her harrowing experience with psychiatric medicine—and medication.

People like Schaber and Longden are transforming clinical neuroscience and psychiatry, by insisting that they—the people being studied or treated—become integral participants in research, education, and medical practice.

Jason Tougaw is associate professor of English at Queens College, City University of New York. He is the author of The One You Get: Portrait of a Family Organism and Strange Cases: The Medical Case History and the British Novel. His latest book is The Elusive Brain: Literary Experiments in the Age of Neuroscience. He blogs at californica.net. 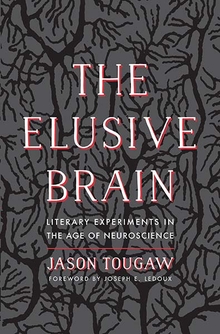