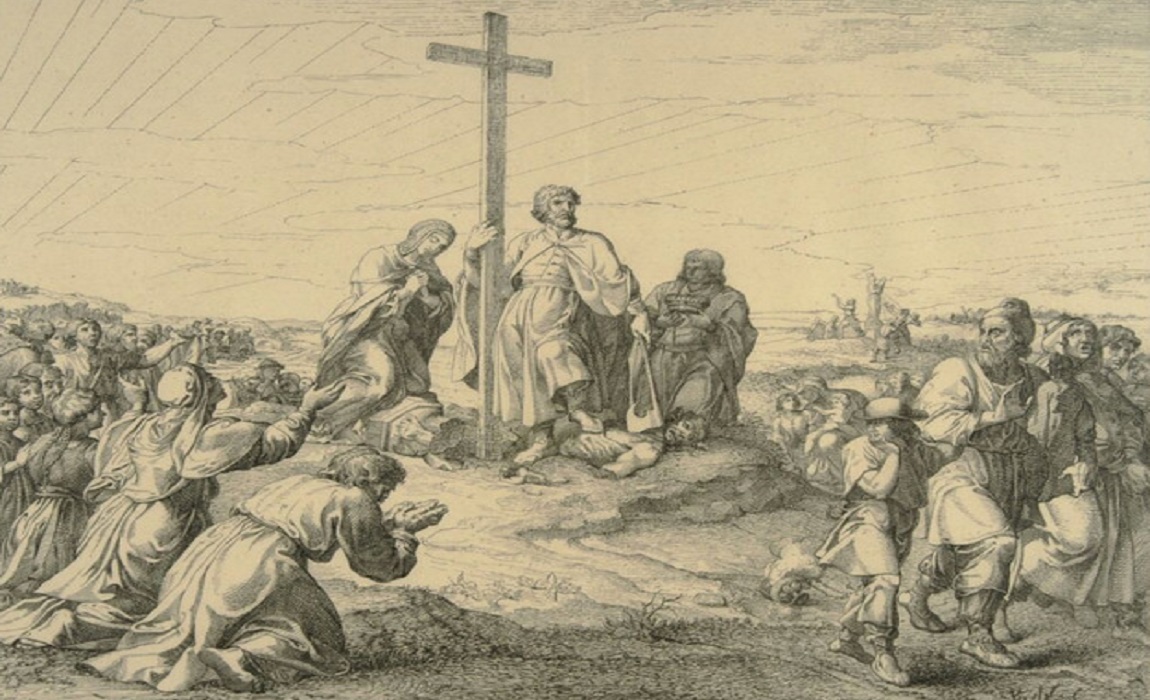 How is the ancient Jew—and, later, the ancient Christian—distinguished from his contemporary neighbor, the pagan? Biblical communities were monotheist, many people will answer; pagan communities were polytheist. For majority culture, many divinities populated the heavens. Biblical religions, more austere, clung to belief in a single god.

Belief that only one god exists works well as a definition of modern monotheism. But ancient monotheism accommodated the existence of many other divinities. For ancient Jews and Christians, God was not the only god, not even in his own book.

Jewish scriptures teem with other divinities, the “gods of the nations.” Sometimes the god of Israel combats these deities even as his people battles their people. During the Exodus, Israel’s god takes on the gods of Egypt (Exodus 12.12). YHWH captures foreign gods (Jeremiah 43.12), punishes them (46.25), or sends them into exile (49.3). Celestial power is on a gradient: Israel’s god is singularly mighty, and these other gods bow down to him (Psalm 97.7). In fact, they comprise his heavenly court: “In the midst of the gods he holds judgment” (Psalm 82.2). But celestial population is multiple: lower or lesser divinities fill heaven and earth.

Ancient Jewish monotheism, in brief, was not “monotheistic.” While pagan nations might be mocked for their worship of divine images (“idols”), the powers represented by these images were real. Jewish religious allegiance centered on the Jewish god, but ancient Jews also acknowledged the power of these lower, lesser others. Inducing these divine powers to do their bidding was the stock-in-trade of Jewish magicians. Jewish synagogue inscriptions evoke cosmic and terrestrial gods as witnesses to legal proceedings. Others mention dream-visitations by pagan deities. Still others dedicate funds for celebrating pagan as well as Jewish holidays.

Pagan gods have a particularly high profile in the New Testament, in the letters of the apostle Paul. Paul consistently forbids his baptized gentiles from worshiping their former deities, whose existence he at once derides and acknowledges—at one point, in the same passage! “‘An idol has no real being’ and ‘there is no god but one’; for although there may be so-called gods in heaven and on earth—as indeed there are many gods and many lords—yet for us there is one God, the Father . . . and one Lord, Jesus Christ” (1 Corinthians 8.4-6). “The god of this world” is frustrating Paul’s mission (2 Corinthians 4.4). His ex-pagan gentiles formerly worshiped the elemental powers of the universe (Galatians 4.8-9).

These gods do more than stand in the background of his gentiles’ pagan past. They play a fundamental role in the Christian future, shaping Paul’s identification of Jesus as the Davidic messiah (Romans 1.3 and 15.12). Jesus of Nazareth, as the gospels portray him, had been a charismatic healer and a Galilean holy man. In Jewish traditions, however, the scion of David’s house, the eschatological messiah, was, like his biblical forefather, a military and regal figure, a royal warrior. Having defeated God’s enemies in the final battle and reassembled the twelve tribes of Israel, this warrior would then rule as a prince of peace—but only once he prevailed in the apocalyptic battle against evil.

How did as resolutely civilian a figure as Jesus come to be associated with so martial a figure as the final messiah? The short answer is: through the expectations surrounding Jesus’ Parousia, his triumphant “second coming.” Paul provides our earliest glimpses at these evolving expectations. When he returns—within Paul’s lifetime, Paul was convinced—the glorious Christ will descend from heaven to the archangel’s cry and the sounding of the final trumpet (1 Thessalonians 4.13-18). He will raise the dead; he will gather in his elect (loc. cit.); he will reassemble the tribes (“all Israel”); he will turn all pagan nations to God his father (Romans 11.25-26).

But before he sums up history in this way, Christ must first defeat the nations’ gods. Paul describes Christ’s confrontation with these forces especially in 1 Corinthians 15 and in Romans 8. In the earlier letter, to the Corinthians, Paul identifies these gods with cosmic forces: “every rule and every authority and every power” (1 Corinthians 15.25). Christ both “destroys” them and “subjugates” them “under his feet” (15.24-27). Elsewhere, in Philippians 2, these superhuman powers kneel to Christ and to God the Father (2.10-11). And in Romans 8, these divinities seem totally rehabilitated: they “groan” along with the rest of creation; and with creation, they await final redemption.

Matthew and Luke, written close to the turn of the first century, will “Davidize” Jesus’s biography. These two evangelists, in two mutually exclusive birth narratives, will present the Galilean Jesus as being born in the correct Judean, Davidic birthplace, Bethlehem. Some half-century earlier, Paul the Apostle knew no such nativity stories. His Jesus is the Davidic Christ because of his impending future reappearance as an apocalyptic warrior. The powers that he will combat are the gods of the nations. Renounced but nonetheless required, these gods represent the cosmic forces to be subjected to the triumphant returning warrior Christ. In this way and for this reason, the identity of Jesus as the Davidic messiah rests on antiquity’s messy “monotheism,” the congested cosmos of pagan gods.

Paula Fredriksen, Aurelio Professor of Scripture emerita at Boston University, is currently the Distinguished Visiting Professor of Comparative Religion at the Hebrew University of Jerusalem. She is one of the world’s leading scholars of ancient Judaism and early Christianity. 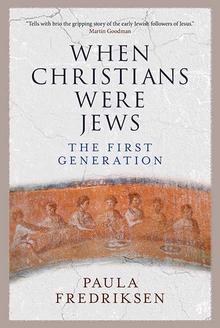