How did Donald Trump manage to become president? If we look to psychology for an explanation, we can understand Trump as the populist leader of a modern-day tribe of voters. These voters define themselves according to a specific set of attitudes. On social media, they have a level power and unity that would have been technologically impossible in other times, especially given their geographic and socioeconomic spread.

Some key insights were developed by social psychologist Henri Tajfel in his analysis of the role that identity plays in conflicts between in-groups and out-groups—a research theme that Tajfel developed in trying to understand the atrocities of the Holocaust. We form strong allegiances with our in-groups quickly, easily, and on a minimal basis. This is what Tajfel and colleagues labelled the “minimal group paradigm.” They used a series of experiments to demonstrate the power of this insight. For example, they found that schoolboys would form allegiances with each other based on trivialities such as guessing the same number of dots in a picture or preference for a painting.

We form allegiances—and antipathies—quickly and easily. There are complex reasons for this—perhaps reflecting our hardwired ancient instincts to join groups which can protect us, and to which we feel we belong. In a world of scarcity, whether that be scarcity of tangible resources or human affection, we are most loyal to our in-groups when we are fighting physically, politically, or intellectually against our out-groups.

In these conflicts, we want leaders who are credibly threatening to outsiders because they express themselves forcefully, signaling power and authority in what they say, not necessarily what they do. In this, Trump’s success can be attributed to a modern type of personality cult, not dissimilar from ancient personality cults.

Whether or not supporters really share the attributes of their leaders is irrelevant. Leaders’ loyal supporters are more interested in what their leaders say about migrants, Muslims, political protestors, feminists, and other designated out-groups. Voters want to be part of a tribe that shares their identity, attitudes, and values. Checking the facts behind those attitudes and values is not the point. Trump, perhaps cleverly and certainly intuitively, understands this better than any modern global leader and has designed his political strategy accordingly. His business empire has been a huge asset to him. British economist John Maynard Keynes alerts the dangers of this:

“… dangerous human proclivities can be canalised into comparatively harmless channels by the existence of opportunities for money-making and private wealth, which, if they cannot be satisfied in this way, may find their outlet in cruelty, the reckless pursuit of personal power and authority, and other forms of self-aggrandisement. It is better that a man should tyrannise over his bank balance than over his fellow citizens; and whilst the former is sometimes denounced as being but a means to the latter, sometimes at least it is an alternative.”

The problem unanticipated by Keynes is that money and thirst for political power are not mutually exclusive in our modern world. Modern leaders like Trump are not distracted from messing with politics by the lure of their bank balances. Instead, they use their bank balances to leverage their fight for power. Money is an indispensable weapon when political power builds on communicating with voters diffusely spread and united only via social media. Without money, or monied supporters, a strong social media presence is elusive. Many millions can dabble in twitter, but only a few can command it.

Michelle Baddeley is a research professor at the Institute for Choice, University of South Australia. 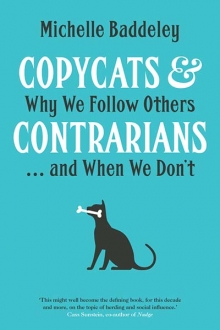