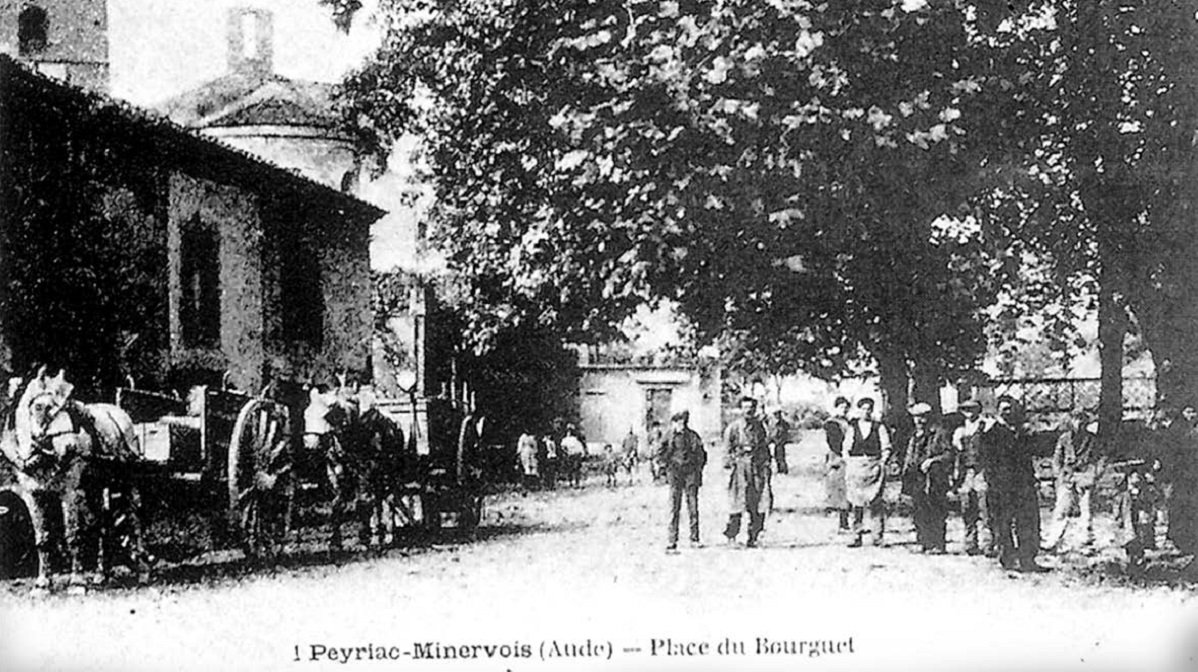 Mobilized in August 1914 at age 35, infantry Corporal Louis Barthas spent almost four years in the trenches. After his health collapsed in early 1918 he served in rear echelons, guarding German POW’s and training young French conscripts in Brittany. He remained in uniform after the November 1918 armistice, grudgingly, not returning home, to his wife and two sons, until the following February.

Here are the final lines of his nineteen war notebooks, written after the war in his southwestern hometown, Peyriac-Minervois (Aude). They were not published in France until 1978, edited by Prof. Rémy Cazals, and appeared in English as Poilu: The War Notebooks of Corporal Louis Barthas, Barrelmaker, 1914-1918, translated and edited by Edward M. Strauss. Barthas died in 1952.

That day, at Narbonne, after multiple formalities imposed upon the de-mobilized and visits from one office to another, a desk-bound adjutant handed me my discharge papers with the words, as long awaited as the Messiah, “Go, you’re free.”

I was free, after fifty-four months of slavery!  I was finally escaping from the claws of militarism, to which I swore such a ferocious hatred.

I have sought to inculcate this hatred in my children, my friends, my neighbors.  I will tell them that the fatherland, glory, military honor, laurels — all are only vain words, destined to mask what is frighteningly horrible, ugly, and cruel about war.

To keep up morale during this war, to justify it, they lied cynically, saying that we were fighting just for the triumph of Right and Justice, that they were not guided by ambition, no colonial covetousness or financial or commercial interests.

They lied when they said that we had to push right up to the end, so that this would be the last of all wars.

They lied when they said that we, the poilus, wanted to continue the war in order to avenge the dead, so that our sacrifices would not be useless.

They lied…but I’m not going to write anymore about the lies which came out of the mouths or the pens of our governors or our journalists.

Victory has made us forget everything, absolve everything. Our leaders needed it, at all cost, to save themselves.  And to get it, they would have sacrificed the whole human race.

In the villages they’re already talking about raising monuments of glory, of apotheosis, to the victims of the big butchery, to those, as the phony patriots say, who “have volunaritly made the sacrifice of their lives,” as if those unfortunate ones could have chosen to do otherwise.

I’ll contribute my penny only if the monuments symbolize a vehement protest against the war and the warrior spirit, and do not exalt or glorify such a death so as to incite future generations to follow the example of these reluctant martyrs.

Ah, if the dead of this war could come out of their tombs, how they would shatter these monuments of hypocritical pity, because those who are now erecting them have sacrificed these dead without pity. Who has dared to cry out, “Enough blood spilled!  Enough dead! Enough suffering!”

Returned to the bosom of my family after the nightmare years, I taste the joy of life, or rather of new life. I feed tender happiness about things which, before, I didn’t pay attention to: sitting at home, at my table, lying in my bed, putting off sleep so I can hear the wind hitting the shutters, rustling the nearby plane trees, hearing the rain strike the windows, looking at a starry, serene, silent night or, on a dark, moonless night, thinking about similar nights spent up there….

Often I think about my many comrades fallen by my side.  I heard their curses against the war and its authors, the revolt of their whole beings against their tragic fate, against their murder.  And I, as a survivor, believe that i am inspired by their will to struggle without cease-fire, without mercy, to my last breath, for the idea of peace and human fraternity.

Edward M. Strauss is a fundraising director in higher education and former publisher of MHQ: The Quarterly Journal of Military History. He lives in New York City. 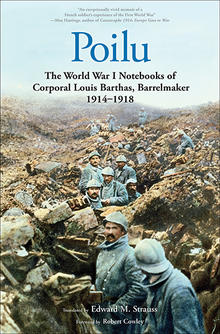