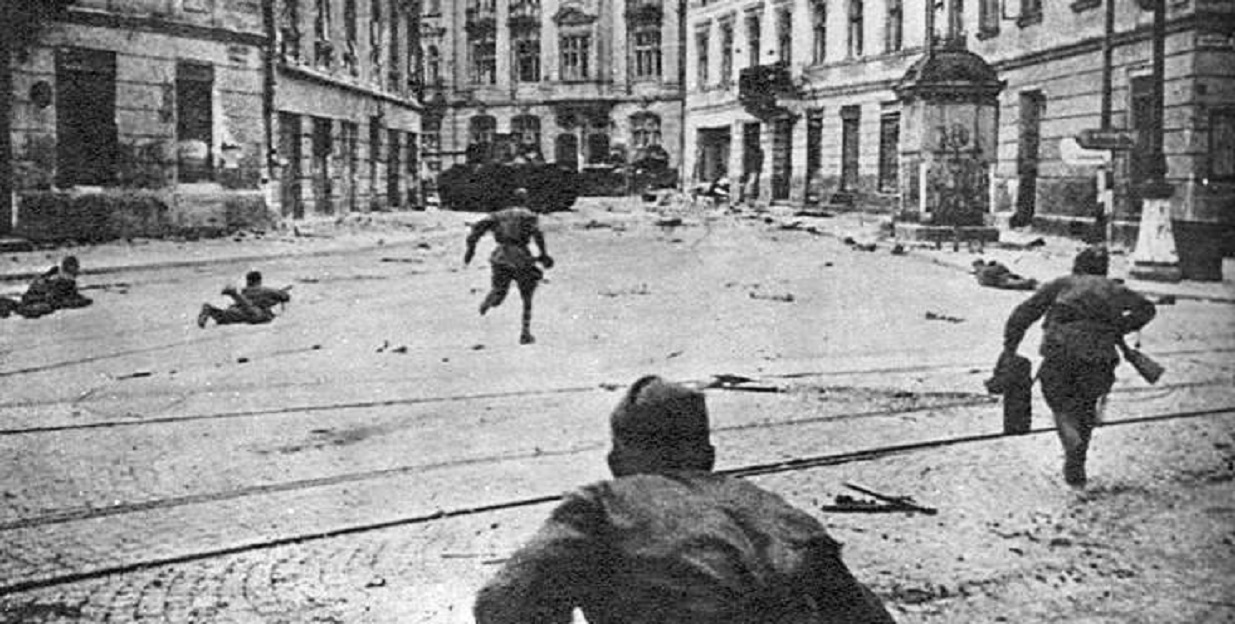 It is mid-September 1941. The unpredictable late summer weather in Russia has turned in Germany’s favor, as has the military situation. In late August, with the nightmarish and costly fighting near Smolensk finally concluded, Adolf Hitler has ordered German armored forces turned to the south where, in conjunction with Panzer units from Army Group South, they have trapped nearly two-thirds of a million Red Army troops in a giant pocket east of Kiev. Though yet another demonstration of the German mastery of the art of war, this triumph has come only after a bitter and exhausting personal dispute—one that raged for weeks and seemingly paralyzed the German advance on Moscow—between the Führer and the Army Chief of Staff, General Franz Halder, over the strategic goal of Operation Barbarossa. Put simply, Halder had his eyes set on the prize of Moscow, while Hitler believed that the raw materials and oil of southern Russia, if seized by the Germans, would ensure Soviet defeat. This, of course, could be regarded as a perfectly reasonable debate, with valid arguments on either side. In the popular imagination, though, and quite contrary to how the disagreement was actually conducted, this quarrel has fueled the creation of an indelible image of the Führer as military commander: a man unhinged, pounding the map table while screaming at his generals, barely able to restrain his rage while insisting that his concept of operations—which is clearly irrational and inferior to that of his military experts—be implemented.

Although the notion of counter-factual analysis often evokes a strong negative reaction among professional historians—as if history was a continuous process and considering an alternative interpretation would break this necessary chain of cause and effect—in reality virtually all judgements made by historians are based on some sort of counter-factual assumptions. To be valid, though, such a thought experiment must be based on alternatives that contemporaries actually considered and avoid the temptation to introduce a deus ex machina into the discussion. Such a situation presented itself in mid-September 1941. The road taken, of course, was to turn German forces back toward Moscow and launch the fateful assault on the Soviet capital. What most fail to realize, though, and again in contrast to the standard image of the rigid, unyielding Hitler, was that this decision represented a concession by the Führer to his generals. In this case, then, the ‘what if’ of history involves pondering what might have resulted if Hitler had acted in accordance with his post-war image; that is, what if the Führer had insisted that German forces, fresh off their stunning triumph in Ukraine, be allowed to continue their advance to the south and east?

Any such alternative scenario, to be realistic, has to consider the considerable difficulties facing the Germans. Despite the disarray, exhaustion, and depletion of the Red Army, the Wehrmacht still faced the daunting prospect of supporting an advance over hundreds of miles with a steadily diminishing supply capacity, and with the widening front inviting an enemy counterattack against their increasingly vulnerable and exposed lines. Nonetheless, such a German move was precisely the action that the Soviet commander, Georgi Zhukov, most feared following the disaster at Kiev. So, if Hitler had in fact forced his allegedly browbeaten and intimidated General Staff to continue the drive toward the oil and mineral resources of southern Russia, what might have happened? Realistically, it is hard to envision German forces being able to reach the oil fields north of the Caucasus Mountains, let alone cross the treacherous passes in winter to seize the production areas around Baku. More probably, the Wehrmacht could have conquered the valuable raw material and industrial resources of the Donets Basin. This would have provided the Germans with the crucial economic means by which to conduct what was now effectively a global conflict. At the same time, loss of these economic resources would have dealt a serious, if not fatal, blow to the Soviet war effort. Given the reality of American Lend-Lease deliveries, and the likelihood of a substantial increase in such supplies in the near future, Stalin would almost certainly have chosen to fight on, although at a markedly reduced level of intensity. For their part, having chosen to forego the final effort to capture Moscow, the Germans would have been spared the disastrous losses incurred by Army Group Center in the late autumn and winter of 1941–2.

In 1942, then, Hitler would have enjoyed a far better starting point from which to attempt to seize the Baku oil fields, while also suffering less of a manpower shortage. With a better force-space ratio, it is conceivable that the Wehrmacht might have been able to capture these vital oil fields; indeed, they might have been in position to realize Hitler’s ultimate dream, voiced to Mussolini, of bursting into Persia and evicting the British from the oil regions of the Middle East. Would this, though, have enabled Hitler to win the war? Not likely. The Japanese decision to move south, instead of throwing their lot in with Germany and attacking the Soviet Union, had already been made in mid-July 1941, and was based on their calculation that Germany could not defeat the Russians. The United States, therefore, would have entered the war in any case, with all of the consequential economic, military, and manpower implications that possessed. What likely would have resulted, until American resources could be fully mobilized and brought to bear, would have been a stalemate in Europe, with the war lasting into late 1945 or 1946. This, though, would have been a stand-off with deadly consequences, especially for the Jews in German-occupied territory. Since the Final Solution, or Holocaust, had already begun, and in the absence of any immediate threat to his European empire, Hitler’s murderous impulses would have been even less restrained. As it was, given the tempo of killing operations between 1941–1944, Hitler would have needed only about another twelve months to kill most of the Jews under his control. At the same time, untold numbers of Slavs would have fallen victim to deadly Nazi colonial schemes. With its eventual development of the atomic bomb—which, it needs to be emphasized, was originally intended to be used against Germany—Berlin and other German cities would have been destroyed. But the effort to supply its allies likely would have reduced American resources devoted to the atomic project, thus delaying its availability until late 1945 or 1946. All in all, a most disturbing scenario.

Stephen G. Fritz is professor at East Tennessee State University. His books include Frontsoldaten: The German Soldier in World War II and Ostkrieg: Hitler’s War of Extermination in the East.