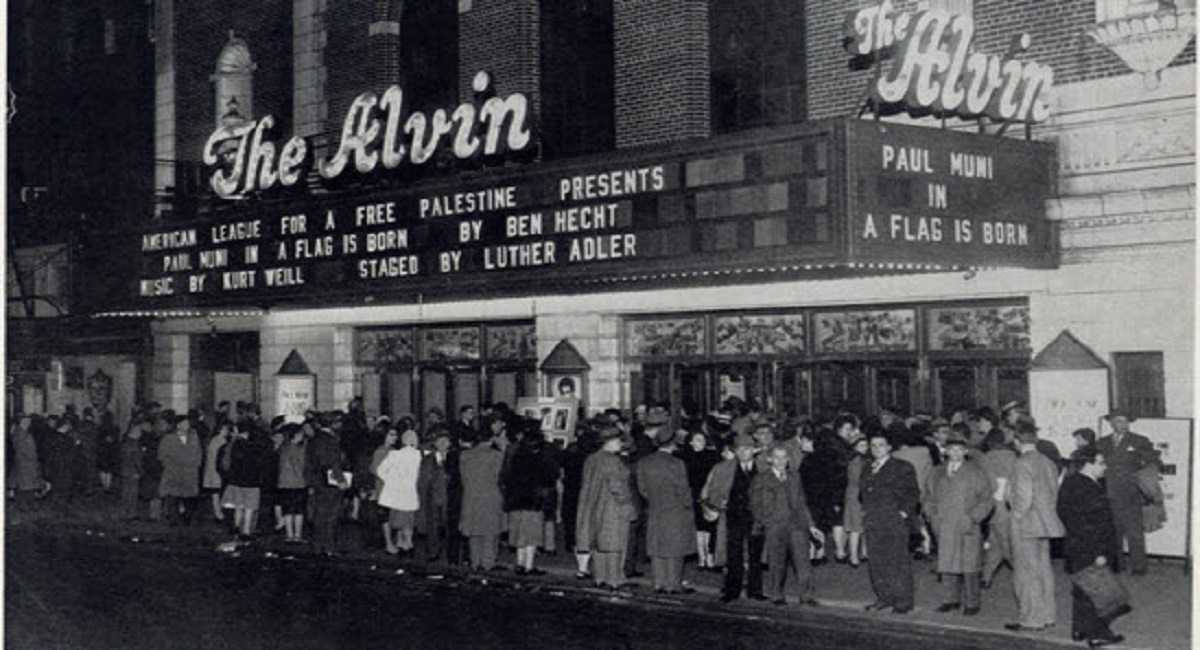 Ben Hecht was “a genius,” Jean-Luc Godard declared in 1968. “He invented 80 percent of what is used in Hollywood movies today.” He “wrote stories—and he made history,” proclaimed Menachem Begin four years earlier, at Hecht’s standing room-only Manhattan funeral. When Hecht was still alive, and invariably kicking, Mike Wallace announced on national television that he considered him among “the most disturbing and colorful characters of his time.” And as early as 1918, then London-dwelling Ezra Pound reportedly explained to a friend why he had no desire to return to the American fold. “There is only one intelligent man in the whole United States to talk to”—so the poet is said to have summed up his affection for his homeland—“Ben Hecht.”

Hecht called himself a “child of the century,” and he was, exuberantly, that. The bad-boy embodiment of much that defined his era, he seemed to know everyone, to be everywhere. Cigar-chomping, wisecracking, Hecht relished the role of brash anti-Zelig—bursting to the front of each new frame and stirring up the action as he flooded the field with his own bold tints.

He was most famous for his scripts. The movies Hecht wrote or cowrote remain among the most delightful ever made, from the silent Underworld—for which he won the first-ever Academy Award for best story in 1929—to the vertiginously verbal Scarface, Nothing Sacred, Gunga Din, Notorious, and Twentieth Century, which, between rounds of Parcheesi and backgammon, he contrived for stage then screen with Charles MacArthur. Another, still more celebrated Broadway comedy by the two former Chicago reporters, The Front Page, would become one of the talkiest of the early talkies and later serve as the basis for that giddy marvel of cynical, he-said-she-said newsroom romance, His Girl Friday.

Hecht also tinkered in crucial ways with a host of other bona fide classics, including Gone with the Wind, Foreign Correspondent, Gilda, and Roman Holiday. Counts vary widely: it’s estimated that he may have had a hand in as many as 140 films. Pauline Kael credited Hecht with approximately half the entertaining movies to come out of old-time Hollywood and pronounced him “the greatest American screenwriter.” Critic Richard Corliss agreed, opening his groundbreaking 1974 survey Talking Pictures with the emphatic claim that “Ben Hecht was the Hollywood screenwriter.” Screwball comedy’s airborne patter; the brooding tones of the gangster saga; the newspaper farce and its hard-boiled banter—these were among Hecht’s signature modes, and whether or not he fathered these forms, he certainly played a major role in their upbringing.

But scriptwriting was just one of Hecht’s occupations—to say nothing of his preoccupations. “There were always a surprising number of me’s in operation,” he wrote, looking back across his long, slaphappy career, or careers, in journalism, literature, theater, film, and politics. Mercurial as he could be, though, a remarkably unbroken line ran through everything Ben Hecht did. Pugnaciousness and wit figured centrally, as did perversity, a serious sense of play, linguistic dexterity, impatience with decorum and authority. He was also, without fail, prolific. And he did an excellent job of cultivating various legends about himself—so that even now his exploits are most often recounted by means of a hodgepodge of the same salty but well-worn (and not entirely credible) anecdotes, many of his own devising. And while any number of freestanding books might be written about “Hecht’s Hollywood” or “Ben Hecht in the Newsroom” or “The Novels of Ben Hecht,” all these Hechts were, willy-nilly, one and the same—or variations on a rousing theme—so that attempts to pull apart those strands do little to help us fathom the braid of a man he actually was.

“Ben Hecht the Jew” was also inseparable from these others. Hecht made a point of grandly asserting that he “became a Jew in 1939,” when, at age forty-six, he began to “look on the world with Jewish eyes.” This account of his own evolution is more than a little absurd, since he had always been Jewish—not only Jewish, to be sure (Hecht’s Americanness was arguably his true religion), yet bound from birth to that adjective. And here the question of what makes a “Jewish life” seems especially fraught, since he insisted on defining his Jewishness in the narrowest terms, in reaction to Hitler and World War II, as if Germany’s invasion of Poland had somehow altered his DNA.

From that date on, Hecht remained, of course, Hecht, though the events of 1939–45 did profoundly change the way he saw himself and how he acted during and after that time. The lessons he drew from this dark period were extreme in a literal sense. They turned him into a Jewish radical, one of the most flamboyant and bellicose boosters of pre-1948 Palestine’s militant ultranationalist underground, the Irgun. During these bloody years, he trumpeted his admiration for the “terrorists of Palestine . . . my brave friends,” as he called them, in furious response to a world that had, he felt, sat by with criminal passivity as the Nazis slaughtered millions of Jews.

Hecht’s crusading wartime work on behalf of those he described as “the doomed Jews of Europe” and his active support for the Irgun were, in the end, as important to him as almost anything. He devotes 110 pages of his memoir to the subject; Hollywood warrants a mere 49. We can question Hecht’s grasp of Judaism in general and his own Jewishness in particular (neither was very refined), but the fact remains that he dedicated large chunks of the last several decades of his life to what he considered the “cause.” However he did or didn’t fathom the complex web of forces that cause entailed—being Jewish was fundamental to being Ben Hecht.

From Ben Hecht by Adina Hoffman. Published by Yale University Press in 2019. Reproduced with permission.

Adina Hoffman is an award-winning essayist and biographer. The author of four books, including Till We Have Built Jerusalem: Architects of a New City and My Happiness Bears No Relation to Happiness: A Poet’s Life in the Palestinian Century, she lives in Jerusalem and New Haven.