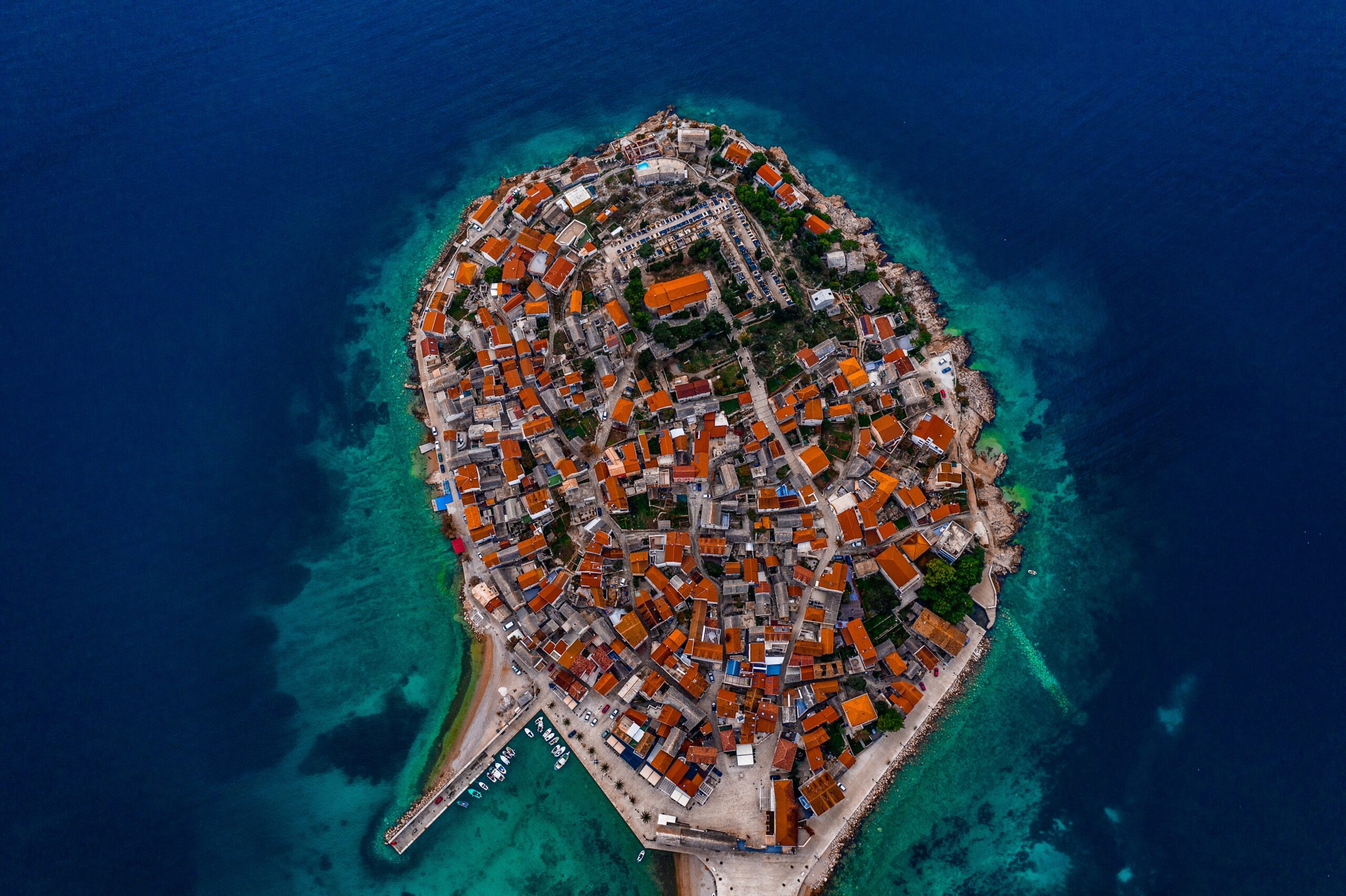 The long rule of the Turks over most of Croatia came to a sudden end in the 1680s. Responsibility for the conflict fell squarely on the Turks. In 1683 the Sultan’s Grand Vizier, Kara Mustafa, decided to revive the tradition of conquest of the previous century. Marching an army of 200,000 soldiers out of Bosnia he made straight for Vienna, arriving outside the city on 17 July. What Suleyman the Magnificent had not achieved in 1529, Kara Mustafa hoped to achieve in his own day. It was a miscalculation. At first it seemed as if the Turks might get their way, for the Viennese were unprepared for the assault. The fortifications erected around Vienna in the sixteenth century had fallen into decay, so much so that if Kara Mustafa had stormed the city without hesitation he might have claimed his prize. Instead, the Turks vacillated. Although the Emperor Leopold had fled to Bavaria, a garrison of about 10,000 fended off the besieging Turks for just over six weeks until the arrival of a relieving army of Poles, Bavarians, Saxons, Germans and Austrians under Jan III Sobieski, the King of Poland. The result was a rout, as definitive for the Turks as the Battle of Kosovo had been for the Serbs three centuries earlier, or the Battle of Mohacs for the Hungarians in 1526. The Polish King entered the city to the pealing of church bells and delirious cries of joy from the Viennese. The confused Turks reeled back to the fortress of Belgrade. There, in accordance with the grim traditions of the Ottoman Empire, the Grand Vizier paid the traditional price for presiding over the defeat and humiliation of the Sultan’s forces with the death penalty.

The failure of the siege of Vienna in 1683 marked a great turning point in the history of Central Europe and the Balkans. From 1529 the threat of encirclement and occupation by the Turks had hung over Vienna, posing a question mark over the very existence of the Habsburg Empire. After the siege collapsed, the legend of Ottoman invincibility was broken and an exaggerated fear of Ottoman strength gave way almost overnight to an equally exaggerated underestimation of the resources that still remained at the Sultan’s disposal. Although the Ottomans kept much of their European empire until 1913, from 1683 the Turkish empire was saddled unfairly with a reputation as the Sick Man of Europe.

The thirty years following the siege of Vienna were, nevertheless, a disastrous time for the Turks. The frontiers of the Habsburg Empire expanded south and south-east with astonishing speed. Slavonia, most of which had been submerged under the Ottoman yoke for a century and a half, was liberated within a few years. In 1684 Virovitica in central Slavonia was freed. The next year it was the turn of Kostajnica on the northern, Croat bank of the Sava. Shortly after, the Austrians reached Derventa, on the southern, Bosnian bank of the river. In September 1686 Buda, seat of the Ottoman Pasha of Hungary, fell; the following year it was the turn of Osijek, in eastern Slavonia. A year later the Austrians were in Belgrade – the crucial fortress which Hungary had lost in 1521. In 1689 the Austrians penetrated deep into the heart of the Ottomans’ European empire, reaching Niš, Skopje and Kosovo. The Turks rallied in 1690 but were unable to roll back all the Austrian conquests, and in 1697 Prince Eugene of Savoy delivered a crushing blow at Zenta, in southern Hungary, not far south of the site of the débâcle of Mohacs.

Finally despairing of a return to the highly favourable borders of 1664, the Ottomans sued for peace. In the Treaty of Sremski Karlovci of 1699 they resigned any claims to Hungary and Croatia, with the exception of the city of Biha, which, although it had been part of the old Croatian kingdom, was left in Ottoman Bosnia. It was not the end of the frontier adjustments. Another round of fighting in 1716, again provoked by the Turks, led to a second great Austrian victory by Prince Eugene at Petrovaradin (Peterwardein). Two years later, in the Treaty of Požarevac, Austria gained a strip of territory in northern Bosnia on the southern bank of the Sava, the Banat and a portion of northern Serbia, including Belgrade.

But these gains were not permanent. With the death of Prince Eugene in 1736 Austria lost its exceptional commander and in the fighting from 1736 to 1739 the Ottomans recovered some of the territory they had lost and forced Austria to restore the border agreed at Sremski Karlovci. The frontier between the two empires then remained unchanged until the Austrians occupied Bosnia in 1878 and annexed it in 1908.

The wars in Slavonia, Srijem and Bosnia from 1683 to 1699 caused population shifts on a scale that would not be seen again until the Balkan wars of the 1990s. The entire Muslim population of Slavonia fled south into Bosnia. There are no precise records of how many Muslims were displaced, but one Croat historian estimates that the population of Slavonia in 1680 was about 210,000, of whom just under half were Muslim, the remainder including about 70,000 Catholics, 30,000 Orthodox.2

The void left by the Muslims was quickly filled. The first to return were Serb and Croat starosjedioci (old settlers) who had lived in Slavonia under the Turks but fled during the most intense years of fighting. The normal pattern was that Catholics returned to abandoned Catholic villages and Orthodox likewise. In this way the pattern of settlement under the Ottomans was restored. Thus the village of Paetin, which had numbered about 100 Orthodox homes before it was destroyed in the 1680s, was resettled again by seventeen Orthodox families in 1697. It was the same story in the east Slavonian villages of Bršadin, Bobota and Trpinj, all of which were mainly Orthodox before the 1680s and which were again settled by Orthodox families in the 1690s.3

From Croatia by Marcus Tanner. Published by Yale University Press in 2010. Reproduced with permission.

Marcus Tanner is a London-based writer, journalist, editor, and commentator, specializing in Eastern and Central Europe, the Balkans, and Celtic countries.