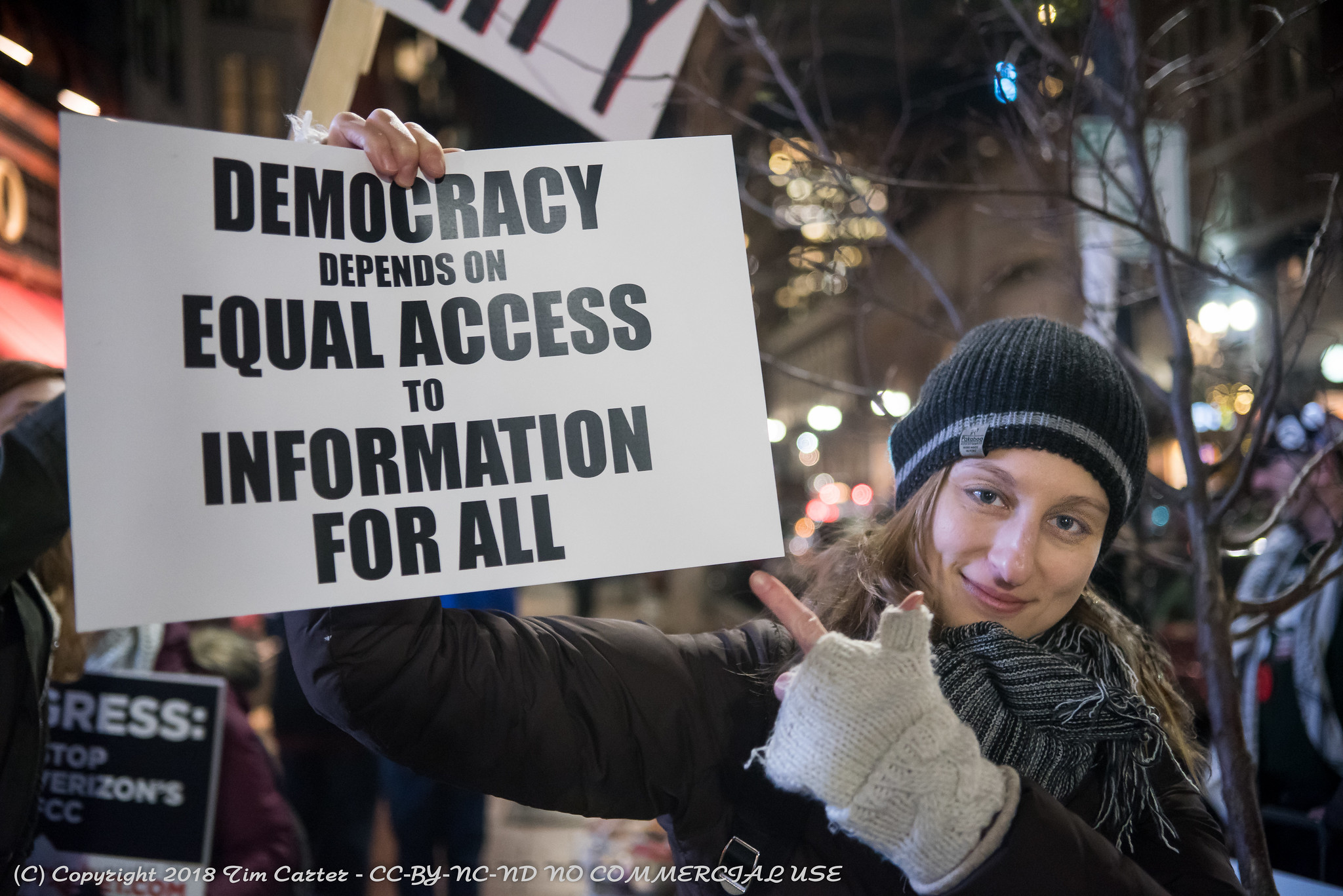 Net neutrality is often depicted as a Manichean battle between two warring parties: “good” innovators and content creators such as Google, Facebook, and Netflix, which use and want to protect the internet’s open architecture, and “bad” internet service providers (ISPs) such as Comcast and Verizon. However, to understand net neutrality as an internecine quarrel between different segments of corporate America or as a purely technical squabble over how to most efficiently manage internet traffic obscures the deeper, structural roots of the policy battle. Net neutrality is, fundamentally, about class and capitalism.

The repeal of net neutrality is also, in part, a symptom of monopoly capitalism. Since the early 1980s, deregulation and waves of corporate consolidation have ushered in unprecedented levels of ownership concentration throughout many sectors of the American economy, from large industries such as air travel, health insurance, and grocery stores to small industries such as pet food. So it is with the telecommunications industry. Comcast, Charter, Verizon, and AT&T currently account for 76% of the internet subscriptions in the United States. Moreover, these companies assiduously avoid competing with one another at the point of sale, leaving American consumers with little to no choice in selecting a broadband internet provider. In a more decentralized, competitive market for broadband internet access, customers could punish ISPs that engage in discriminatory activity by switching providers. But the monopolistic structure of the broadband internet market renders ISPs largely impervious to any discipline of the market.

Finally, the battle over net neutrality is about ISPs’ ability to commodify speech. The internet’s democratic promise hinges on it remaining an open, participatory medium in which groups previously excluded from the mass-mediated public sphere can make their voices heard and assert their collective political will. Without net neutrality, however, ISPs can act as gatekeepers of online speech by segregating internet traffic into fast and slow lanes depending on the ability of websites to pay for priority access to their network. Levying tolls on internet traffic will raise the cost of speech and political advocacy on the internet beyond the reach of many Americans. And it will amplify the voices, ideas, and worldviews of well-endowed institutions and deep-pocketed individuals.

Despite the connection of net neutrality to larger structural maladies in American capitalism, the language of class is largely absent from the net neutrality debate. As a result, academic and media coverage often obfuscates who stands to benefit and lose from the repeal of net neutrality. A post-net neutrality, pay-to-play internet will consecrate the power and privilege of the economically dominant and foreclose avenues for marginalized groups to organize and make themselves heard. An internet without net neutrality is an internet that favors the 1%.