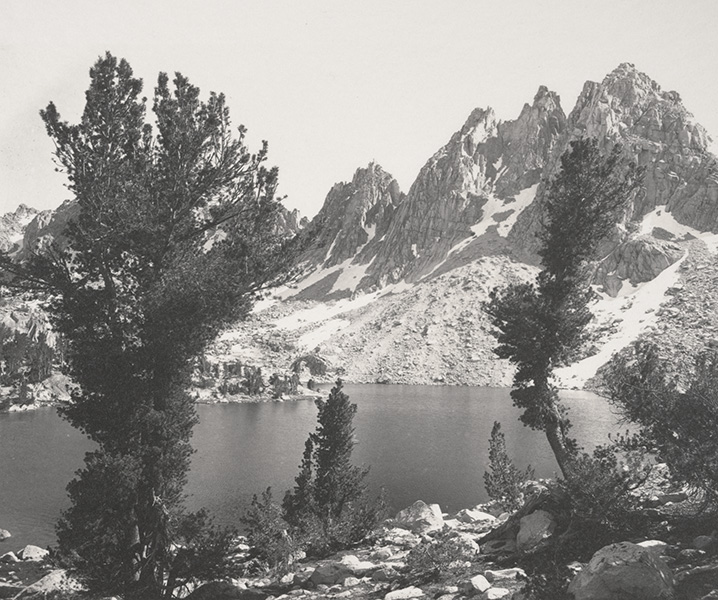 A short Q and A with the author of a new book that explores the little-known early career of one of America’s most celebrated and beloved photographers: Making a Photographer: The Early Work of Ansel Adams.

Yale University Press: Your book offers a different perspective on the entire arc of Adams’s career than the one the artist himself carefully constructed during his lifetime. Can you explain the key differences?

Rebecca A. Senf: Adams was most invested in the work he did starting in the 1940s onward, and didn’t see much importance in either his early work or his commercial work.  Because he was famous at the end of his life, and surrounded by a fairly substantial staff (some of whom became the writers about his life after he died), he was able to define the narrative about his career and the important moments and bodies of work. As a scholar, I was drawn to his early work: stylistically it’s so different than his mature work and it seemed that there was a story there to be discovered. Ultimately, my book uses examples of his early work to chart the course of his learning how to become the famous photographer we know. He was self-taught and leveraged the experiences and skills of his early projects to develop his signature style. He also incorporated lessons from one of his early commercial jobs, eight years working for the Yosemite Park and Curry Company’s marketing department, into that mature style that defined his approach to wilderness landscapes. I think it’s natural that he didn’t see these influences in his own early career, but I also believe that looking closely at those early experiences helps us understand his career and appreciate the way he built up to his most recognizable photographs.

YUP: Why is it important to incorporate an understanding of Adams’s early work into our view of his oeuvre as a whole?

RAS: I think that understanding Adams’s early work and career provides a more nuanced record of his development as an artist, and credits him with his active role in reflecting on and incorporating lessons he learned as a young photographer into his process. Appreciating the range of work he did in the first part of his life also creates a useful picture of what it meant to be a photographer in the first half of the twentieth century, a time when a career as an art photographer did not yet exist. The details of Adams’s scrappy and diverse approach to earning a living, finding audiences, creating salable work, and leveraging paid opportunities into useful projects shines light on the state of photography a hundred years ago. I also think, considering the lessons of the book very broadly, that seeing the ways in which Adams evolved through styles and approaches that he would later abandon gives us a sense of how success happens. The photographs, and decisions, of the early years led him to his later accomplishments, and while he eschewed them, feeling they weren’t relevant, it was all part of his path to the internationally known work of his later years.

YUP: Can you share one of your most surprising revelations about Adams through the intensive research that went into this book?

RAS: For me, learning more about Adams’s commercial work was revelatory. He was such an advocate for the appreciation of photography as a fine art medium, and a devout subscriber (especially in the 1930s) of Modernism, that it can be hard to imagine the passion and enthusiasm he had for his commercial work. Perhaps it is a flaw of my assumptions that someone as “arty” as Ansel Adams would necessarily dislike his work for hire, but the record of correspondence in the Ansel Adams Archive at the Center for Creative Photography clearly refutes that. Instead, Adams showed deep investment, clear commitment, and at times, even excitement about his commercial assignments. He threw himself into a wide range of projects including documenting architecture and interiors, making portraits, illustrating annual reports and non-fiction publications and, in the 1960s, creating a record of the University of California for a celebratory publication called Fiat Lux. My book analyzes his work for the Yosemite Park and Curry Company, for which he showed equal zeal, not only creating photographs for them but helping with promotional work, including writing texts, designing materials, and selling window displays.

Rebecca A. Senf is chief curator at the Center for Creative Photography, University of Arizona.