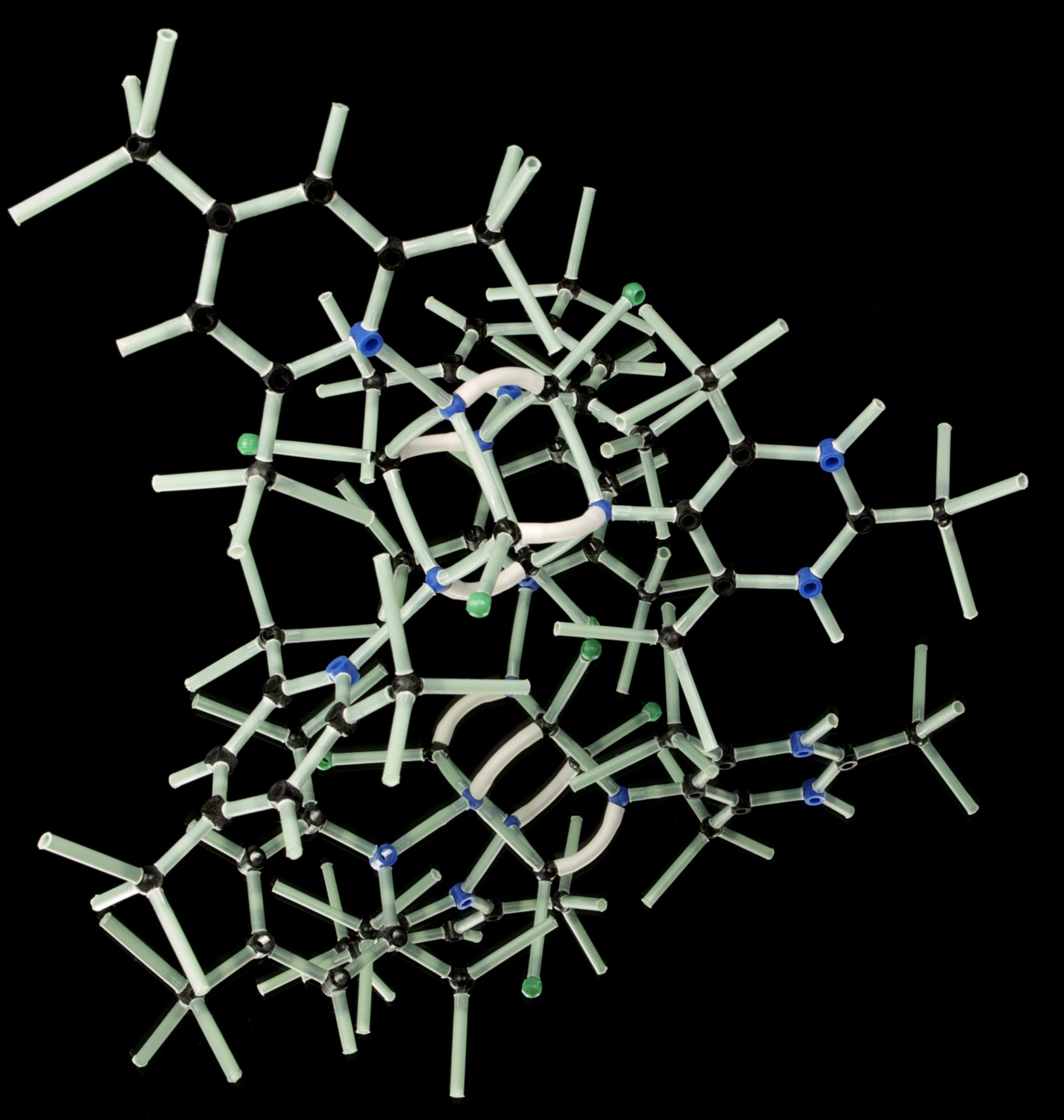 Photo by Photoholgic on Unsplash.

Kent H. Redford and William M. Adams explain why synthetic biology and nature-based solutions are important for the discussions arising from COP26.

The effects of climate change impact all aspects of life on Earth, and greater changes are anticipated. The evolution of species is being affected, ecosystems are reordering, and time-lags in biological and social responses mean the future remains clouded.

It is clear that biodiversity has evolved in response to the Earth’s climate and that many features of climate are affected by the state of global ecosystems.  As the governments that have signed up to the Framework Convention on Climate Change (UNFCCC) and Convention on Biological Diversity (CBD) recognize, the future of human life depends on both. The inextricable dependence of one on the other has led to a growing conviction of the need to engage in actions that address the two problems together.

One approach focuses on, ‘nature-based solutions’ (NbS), actions to protect, sustainably use, manage, and restore ecosystems to provide for human well-being and biodiversity conservation became known as “nature-based solution.” Also called “natural solutions”, the idea of NbS draws from the 2005 Millennium Ecosystem Assessment which focused global attention on the foundational economic and cultural importance of the services provided by ecosystems, and the dangers of degrading them

What are nature based solutions?  Interest focuses on a range of strategies from within the biodiversity conservation playbook, including the protection, restoration, or management of natural and semi-natural ecosystems such as forests and wetlands; the sustainable management of working lands such as croplands; and the creation of new habitats, for example in urban areas.  As with the biodiversity conservation initiatives that they draw upon, there is a strong emphasis on  the support of local communities, and the provision of social, and economic benefits, and of future resilience.

Nature-based solutions have been applied to issues such as water security, food security, disaster risk management, and, particularly, climate change. National governments, UN Agencies, the European Union, and others are developing programs that address different types of natural solutions.  The private sector is also getting in on the act.  The insurance and re-insurance industry have identified a range of ecosystem services as critical to their business: habitat intactness, pollination, air quality and local climate, water security, water quality, soil fertility, erosion control, coastal protection, food provision, and timber provision.

So far so good: the overlap between biodiversity and climate change objectives clearly offers rich opportunities for win-win outcomes.  But there is an unnoticed anomaly in the application of NbS. So far, the concept of nature-based solutions has primarily focused on the ecosystem component of nature, with a secondary concern for some species.  Ecosystems and species also dominate biodiversity conservation programmes worldwide.

This is curious, because it has long been recognized that the terms “species” and “ecosystems” are just convenient shorthand for the diversity of the natural world. When the Convention on Biological Diversity fixed the definition of biodiversity in 1992 as the variability among living organisms, it deliberately included diversity within species as well diversity of ecosystems and diversity between species.  The 1992 Convention required signatory governments to take steps to preserve all the variety of life, ecosystem, species and genes.

But even though the definition of biodiversity explicitly incorporates the genetic, diversity at the level of the genome remains little thought about. After all, you can’t grab your binoculars and go gene watching, or imagine getting lost in a three-day trek through the genome. The variety of life at the genetic level is, for many people who care about nature, out of sight and out of mind. It has virtually no public constituency. Yet The diversity of the myriad of ecosystems, species and genes and their interactions make up the world’s biological richness, and is responsible not only for the functioning of nature as it now exists, but also for its ability to adapt and evolve under changing conditions. Where is the genome in thinking about nature based solutions?  Nowhere to be seen.

This matters, because the genome is now the focus of a new technological and scientific field of synthetic biology. So, the old units of biodiversity management – the population of a species, or the ecosystems within which they live, are suddenly not the most compelling way to manipulate life on earth.  Grasses, pigs, forests and coral reefs are merely the hardware of life.  The genome is the software. If nature needs to be managed to save the earth, why not go to the heart of things and manage the genome? This is what synthetic biology allows.

Synthetic biology seeks to re-imagine conventional biology in engineering terms. It approaches living things not through the traditional  frame of ecosystem or species or farm or forest management, but in terms of industrial processes, in which genetic sequences are re-engineered and reassembled into lengths of DNA that can stop, start or run biological processes in a predictable and standardized way. It treats the genome as a resource, a raw material to be shaped to meet human ends. It involves the redesign and reconstruction of existing natural biological systems and the design and construction of novel artificial biological pathways, and ‘devices’ (up to an including organisms).

The transformative technology in synthetic biology is ‘gene editing’, using a range of techniques of which CRISPR-Cas9 is the best known.  Gene editing allows precise changes to be made to the genetic code of any organism, from bacteria or yeasts to mammals or trees. In principle, it can be used to alter any genetically-based biological attribute of any existing species. It can also be used to create completely novel genetic sequences, and potentially species wholly new to nature.

The field of synthetic biology promises to transform and disrupt all industries based on biological systems, including crop and animal breeding, human and veterinary health, the manufacture of biologically based materials and industrial feedstocks. It is receiving billions of dollars of government and private investment, particularly in the USA and China. It is also responsible for the development of some of the vaccines currently being deployed to combat the COVID-19 pandemic.

So, while the achievements of synthetic biology still fall short of ambition or promise, the basic principles of genome editing are well established.  Industrial and whole organism applications are common in university and private research laboratories. There is no reason why genetic engineering could not be used to make organisms or ecosystems more effective as nature-based solutions. After all, what is more “nature-based” than the genetic code that allows all life on Earth?

Who Will Benefit and Who Will Decide?

All of these and myriad other possibilities can be considered ‘terraforming’, a biological version of geoengineering—deliberate manipulation of the earth’s climate envelope with the intention of countering other human impacts. The idea of terraforming is not new. Carl Sagan spoke in 1961 of doing ‘planetary engineering’ on Venus to allow human occupation (using microbes to break down carbon dioxide in the atmosphere), and the term is often applied to making future human life possible on other planets, such as Mars. The extension of such thinking to the planetary scale, ‘terraforming’ of earth using synthetic biology, is not far-fetched by the standard of the field.

The risks associated with this idea are well recognized, and the idea of releasing  synthetic organisms (or genetically engineered organisms) alarms many environmentalists. Re-engineered species might become invasive, causing unexpected changes in ecosystems. Who would assess or license the use of engineered organisms to enhance nature based solutions? Even the most enthusiastic synthetic biologists sees that such developments would need extreme care: computer simulation at genetic, metabolic, population and ecosystem scales, contained experimentation, broad consultation, and careful regulation. But who would assess such experiments, and assess the risks? Who would give approval for implementation? How would public concerns be heard and taken into account? What international protocols would be needed to regulate the release of genetically engineered organisms?

These are urgent questions to answer as the world community considers how best to develop and deploy the full range of nature-based solutions.

Kent H. Redford is Principal at Archipelago Consulting and has worked for The Nature Conservancy and the Wildlife Conservation Society.

William M. Adams is Emeritus Moran Chair of Conservation and Development at the University of Cambridge.