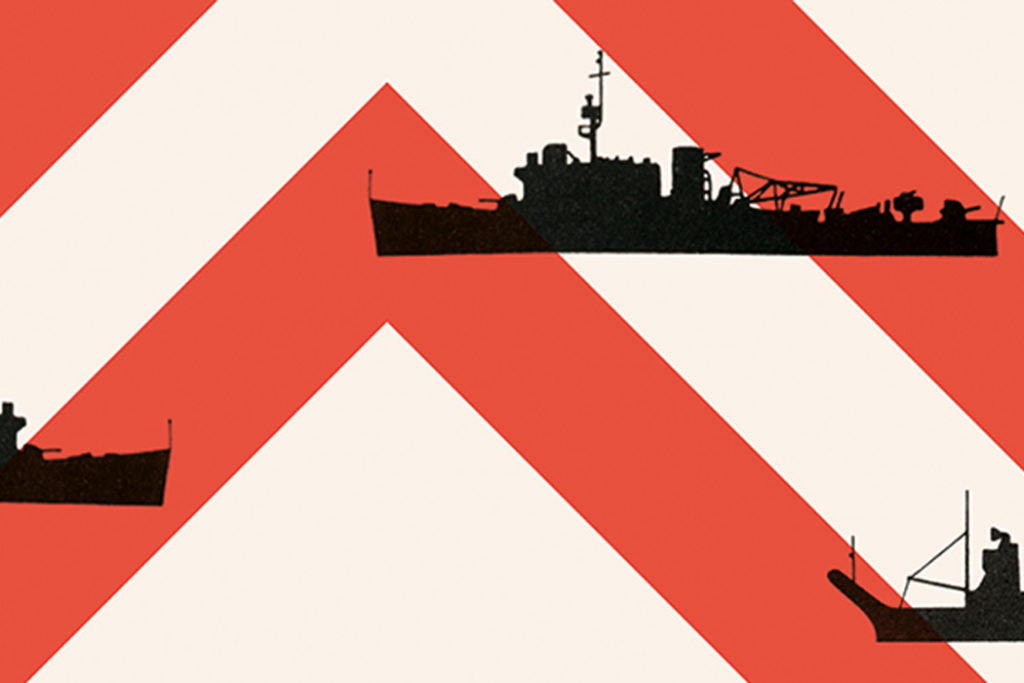 Can war be banished from the earth? Throughout modern history, world peace has been a powerful ideal. It has also been one of the most elusive. Each major war produced its share of cynics as well as visionaries. Pessimists saw war as an inescapable part of the human condition. Optimists viewed growing wealth, expanding self-government, and advancing technology as drivers of slow but steady moral progress. This veering between hope and desolation took on a new urgency after the unprecedented destruction of World War I. The victors created a new international organization, the League of Nations, which promised to unite the world’s states and resolve disputes through negotiation. The collapse of the global political and economic order in the 1930s and the outbreak of a second world war have made it easy to dismiss the League as a utopian enterprise. Many at the time and since concluded that the peace treaties were fatally flawed and that the new international institution was too weak to preserve stability. Their view, still widespread today, is that the League lacked the means to bring disturbers of peace to heel. But this was not the view of its founders, who believed they had equipped the organization with a new and powerful kind of coercive instrument for the modern world.

That instrument was sanctions, described in 1919 by U.S. president Woodrow Wilson as “something more tremendous than war”: the threat was “an absolute isolation . . . that brings a nation to its senses just as suffocation removes from the individual all inclinations to fight . . . Apply this economic, peaceful, silent, deadly remedy and there will be no need for force. It is a terrible remedy. It does not cost a life outside of the nation boycotted, but it brings a pressure upon that nation which, in my judgment, no modern nation could resist.”[1] In the first decade of the League’s existence, the instrument described by Wilson was often referred to in English as “the economic weapon.” In French, the Geneva-based organization’s other official language, it was known as “l’arme économique.” Its designation as a weapon pointed to the wartime practice of blockade that had inspired it. During World War I, the Allied and Associated Powers, led by Britain and France, had launched an unprecedented economic war against the German, Austro-Hungarian, and Ottoman empires. They erected national blockade ministries and international committees to control and interrupt flows of goods, energy, food, and information to their enemies. It was the severe impact on Central Europe and the Middle East, where hundreds of thousands died of hunger and disease and civilian society was gravely dislocated, that made the blockade seem such a potent weapon. Today, more than a century after the Great War, these measures have a different but more widely known name: economic sanctions.

How economic sanctions arose in the three decades after World War I and developed into their modern form is the subject of my book, The Economic Weapon: The Rise of Sanctions as a Tool of Modern War. Their emergence signaled the rise of a distinctively liberal approach to world conflict, one that is very much alive and well today. Sanctions shifted the boundary between war and peace, produced new ways to map and manipulate the fabric of the world economy, changed how liberalism conceived of coercion, and altered the course of international law. They caught on rapidly as an idea propounded by political elites, civic associations, and technical experts in Europe’s largest democracies, Britain and France, but also in Weimar Germany, in early Fascist Italy, and in the United States. But then as now, sanctions aroused opposition. From the outbreak of war in 1914 until the creation of the United Nations Organization in 1945, a diverse assortment of internationalists and their equally varied opponents engaged in a high-stakes struggle about whether the world could be made safe for economic sanctions.

When the victors of World War I incorporated the economic weapon into Article 16 of the Covenant of the League of Nations, they transformed it from a wartime to a peacetime institution. Like other innovative aspects of the League’s work in the realms of global economic governance, world health, and international justice, sanctions outlived the organization itself and continued as part of the United Nations after World War II. Since the end of the Cold War their use has surged; today they are used with great frequency. In retrospect the economic weapon reveals itself as one of liberal internationalism’s most enduring innovations of the twentieth century and a key to understanding its paradoxical approach to war and peace. Based on archival and published materials in five languages across six countries, The Economic Weapon provides a history of the origins of this instrument.

The original impulse for a system of economic sanctions came at the 1919 Paris Peace Conference from the British delegate, Lord Robert Cecil, and his French counterpart, Léon Bourgeois. These men were unlikely partners. Cecil, an aristocratic barrister and renegade member of the Conservative Party, was a fervent free trader who became Britain’s first minister of blockade during the war; Bourgeois, the son of a republican watchmaker, worked his way up the professions to become a Radical Party prime minister in the 1890s and advocated a political theory of mutual aid known as “solidarism” (solidarisme). But despite these different backgrounds, both Cecil and Bourgeois agreed that the League could, and should, be equipped with a powerful enforcement instrument. They envisioned deploying the same techniques of economic pressure used on the Central Powers against future challengers of the Versailles order. Such recalcitrant countries would be labeled “aggressors”—a new, morally loaded legal category—and be subjected to economic isolation by the entire League. The methods of economic warfare were thus repurposed and refined for use outside a formally declared state of war. What made interwar sanctions a truly new institution was not that they could isolate states from global trade and finance. It was that this coercive exclusion could take place in peacetime.

The significance of the birth of economic sanctions lies in this momentous shift in the meaning of war and peace. A coercive policy that used to be possible only in time of war—isolating human communities from exchange with the wider world—now became possible in a wider range of situations. Commercial and financial blockade, a policy developed as a form of economic war, was reconceived as a prophylactic against war. By carving out the space in which international economic sanctions have been used for the last century, the League thus had a much more profound impact on modern history than is usually assumed. Indeed, The Economic Weapon argues that the struggle to create and use the weapon of sanctions deeply shaped the interwar world and thereby the structure of the political and economic order that we inhabit today. For one thing, it marked the international emergence of a new form of liberalism, one that worked through a technical and administrative apparatus of lawyers, diplomats, military experts, and economists. These officials’ work, first in wartime and then after 1919, had far-reaching effects. In a period when European governments granted suffrage and extended welfare and social insurance, sanctions made them see other populations as suitable targets of coercive pressure. Long-standing traditions, such as the protection of neutrality, civilian noncombatants, private property, and food supplies, were eroded or circumscribed. Meanwhile, new practices, such as police action against aggressor states and logistical assistance to the victims of aggression, arose. All of this amounted to a major and complex transformation of the international system.

Today, economic sanctions are generally regarded as an alternative to war. But for most people in the interwar period, the economic weapon was the very essence of total war. Many sanctionists regretfully noted the devastating effects of pressure on civilians but nonetheless wholly accepted them. Woodrow Wilson held that if “thoughtful men have . . . thought, and thought truly, that war is barbarous, . . . the boycott is an infinitely more terrible instrument of war.”[2] William Arnold-Forster, a British blockade administrator and ardent internationalist, admitted that during the Great War “we tried, just as the Germans tried, to make our enemies unwilling that their children should be born; we tried to bring about such a state of destitution that those children, if born at all, should be born dead.”[3] Internationalists were exceedingly honest about this awful reality for a good reason. By deliberately spelling out the horror of enforced deprivation, they hoped to dissuade revisionist states from even thinking about challenging the Versailles order. A fear of being blockaded would keep the peace.

The initial intention behind creating the economic weapon was thus not to use it. To interwar internationalists, economic sanctions were a form of deterrence, prefiguring nuclear strategy during the Cold War. Of course, sanctions were not nearly as immediately destructive as nuclear weapons. But for anyone living in the pre-nuclear decades of the early twentieth century, they raised a frightening prospect. A nation put under comprehensive blockade was on the road to social collapse. The experience of material isolation left its mark on society for decades afterward, as the effects of poor health, hunger, and malnutrition were transmitted to unborn generations. Weakened mothers gave birth to underdeveloped and stunted children.[4] The economic weapon thereby cast a long-lasting socio-economic and biological shadow over targeted societies, not unlike radioactive fallout. Feminist politicians and scholars in particular recognized this during the Great War itself, and many pursued an energetic campaign against the economic weapon’s targeting of civilians. The women’s movement played an active role in the international history of sanctions, largely opposing and moderating their force—although also sometimes supporting them as preferable to war.

From The Economic Weapon: The Rise of Sanctions as a Tool of Modern War by Nicholas Mulder. Published by Yale University Press in 2022. Reproduced with permission.

Nicholas Mulder is an assistant professor of modern European history at Cornell University and regular contributor to Foreign Policy and The Nation.