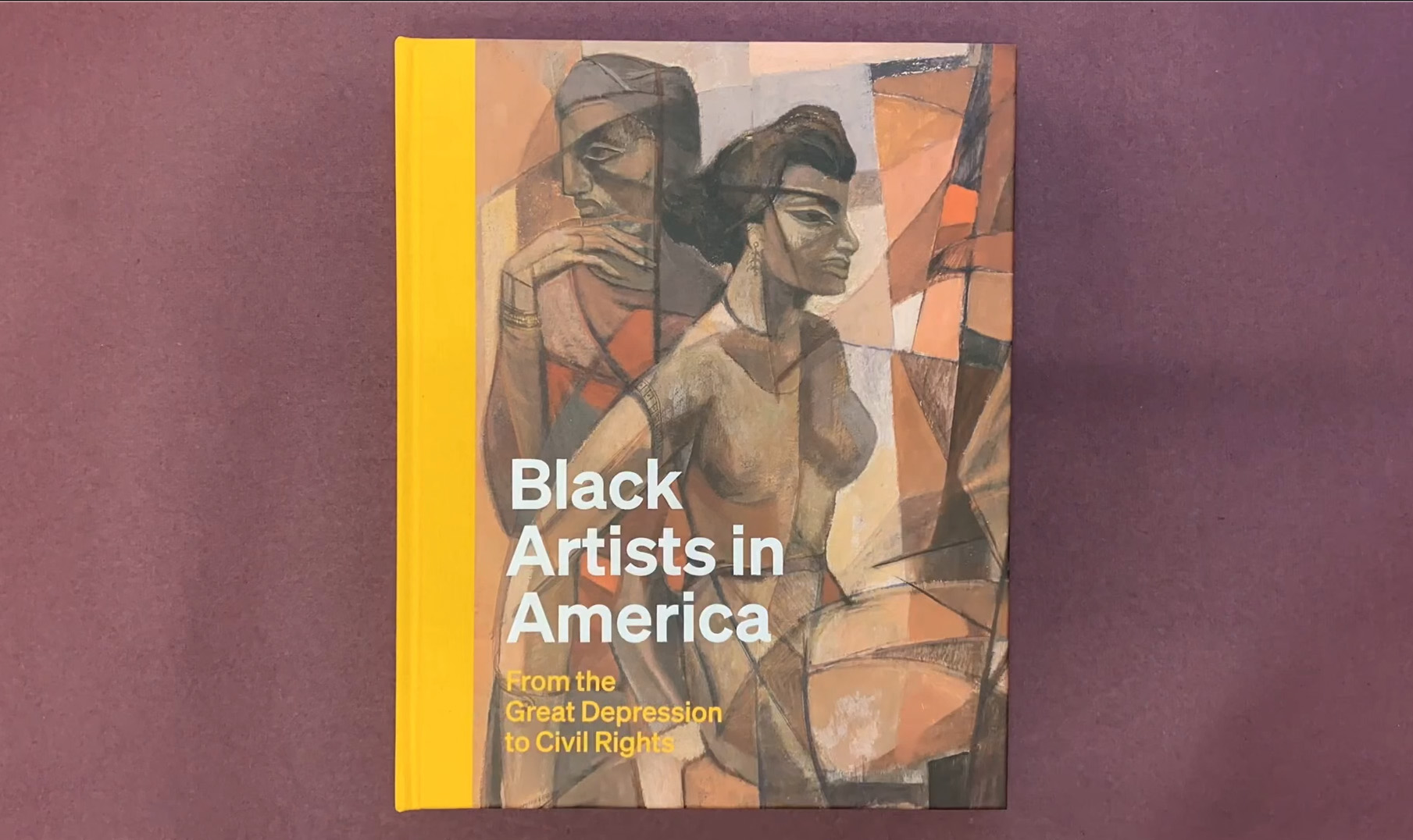 My new book, Black Artists in America: from the Great Depression to Civil Rights, (which accompanies an exhibition of the same name that was on view at the Dixon Galleries and Gardens in Memphis, Tennessee from October 17, 2021 until January 2, 2022) explores the work of African American artists during the first half of the twentieth century. In fact, Black Artists in America, the exhibition and book, represents the first part in a three-part sequence to be completed in 2023 and 2025. The book is deeply historical, delving into the myriad ways African American artists responded to the socio-political, economic, and highly charged cultural climate of the United States during the Jim Crow era. The result was a rich variety of medium and styles ranging from the figurative and representational, to regionalism and abstraction.

One of the artists featured in the book is Walter Augustus Simon. Walter Simon was born in Brooklyn, New York on June 16th, 1916, the son of Walter Simon Sr., who emigrated from Bombay, India, and African American Gay Crichton Simon, an educator from Lynchburg, Virginia. Considered a child prodigy in the arts, he graduated with a certificate in Commercial Design from Pratt Institute-School of Fine and Applied Arts in 1936, and a certificate in Fine Arts from the National Academy of Design in 1939.

After serving as one of the few Black officers in World War II, earning a commission as second lieutenant in 1942, Simon used the GI bill to further his education. He enrolled in New York University in 1946, completing the BS in 1948 and MS in 1949, majoring in art and education. It was during this time that Simon met Hale Woodruff, who had been invited to become part of the faculty in the art department at New York University. Woodruff became Simon’s life-long mentor and friend, challenging the latter to experiment with modernism.

Woodruff served on Simon’s thesis committee, which was entitled, “An Analytical Study of Comparable Factors in Representational Modern Painting: A Survey of Certain Selected Modern Paintings as an Aid in Cataloguing the Modern Movements in Contemporary Art.” It was during his studies, in 1947, that Simon created his seminal work in the “radical” style of abstract expressionism, 715 Washington Street. Simon emerged from his art studies an accomplished painter in traditional portraiture, murals, abstract expressionism, and the figurative expressionism of the 1950s.

Simon entered the professional arts at a time when Hale Woodruff was urging Black artists to compete on an equal playing field with White artists. Woodruff supported the integration of the academy, cultural institutions, and the marketplace, arguing that the arts inherently encouraged social change and that high-quality work would eventually be accepted by mainstream culture. For example, after teaching at the HBCUs Georgia State College in Savannah, Georgia and Virginia State College in Petersburg, Virginia, Simon integrated Paterson State College in Wayne, New Jersey, where he taught from 1953 to 1961. Increasingly interested in academia as a career, Simon decided to pursue the doctorate in Art History, making him one of the first African Americans to do so. His dissertation, entitled, “Henry O. Tanner- Study of the Development of an American Negro Artist: 1859-1937,” is perhaps the earliest academic investigation of this nineteenth-century expatriate artist to France. Walter Simon was awarded the PhD in Art History from New York University in 1961.

Simon’s multi-faceted career as an artist, educator and art historian was distinctly enriched by a decade abroad as a cultural affairs officer in the United States Information Agency (USIA). During the 1960s, his experiences as an American artist and educator of color were indelibly shaped by his work in Cairo, Egypt, Afghanistan, and Ceylon.

The travel abroad experiences in North Africa, the Middle East and Asia were unique components that Simon brought to his arts practice and teaching of art history. Upon his return to the United States, Simon served in an administrative position at California Institute of the Arts, Valencia, CA., from 1969-1971. He served as a full professor of art history at Bloomsburg University in Pennsylvania from 1971-1977, where the Walter A. Simon Building was dedicated in his honor. Simon ended his career as the Charles W. Florence Distinguished Professor of Art History at Virginia Union University in Richmond, VA., before his death in 1979.

In the present moment, African American abstract artists are finally attracting the interests of art historians and the art market. Ironically, Simon’s pioneering and successful career as a foreign diplomat has contributed to his absence from this discussion. I would argue that although systemic racism locked the artist out of the mainstream White art world, Walter Simon, based in New York, should be considered part of the first generation of abstract expressionists. He developed a singular style influenced by his multi-ethnic-racial identities, intellectual propensities, academic achievements, and definitive experiences abroad. Black Artists in America welcomes the opportunity to broaden the conversation and investigation about the arts, race, and modernism during the first half of the twentieth century, contributing to the expanding narrative of art history in America.

Earnestine Lovelle Jenkins is professor of African American art history at the University of Memphis.