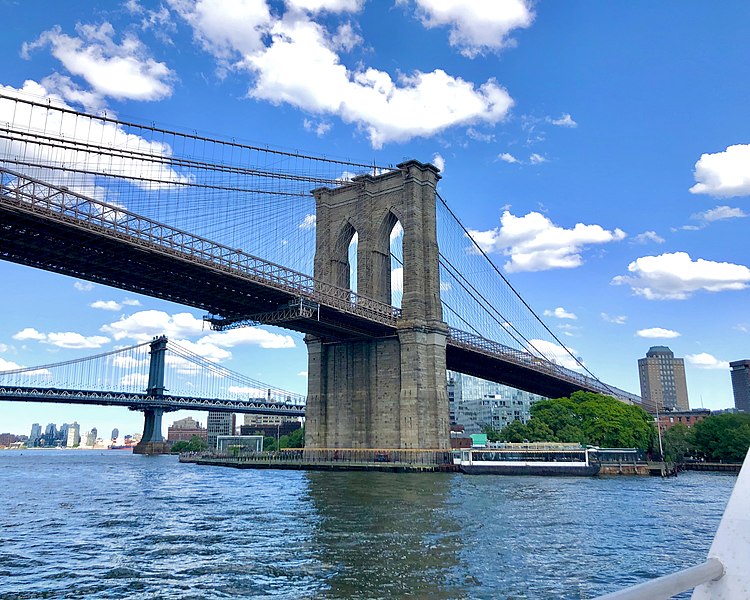 In Force, celebrated author Henry Petroski delves into the ongoing physical interaction between people and things. Drawing from a variety of disciplines Petroski makes the case that force—represented especially by our sense of touch—is a unifying principle that pervades our lives. Here, he talks to us about the value of hands-on work and lessons learned from the pandemic.

Your book takes several examples from your childhood and early education. How do learning and play show up in your work as an engineer and teacher?

HP: Much of our early exposure to physical force is through play. Even as infants we experience force when we squeeze a stuffed animal or pound a spoon on the tray of our highchair. As toddlers we play with push and pull toys and engage in catch-and-throw games. These activities give us a visceral feel for force and how we can use it for amusement and achievement. As we grow we feel and exert larger and different kinds of forces and come to develop an inherent sense of them and how they are essential to carrying out our daily activities. An engineer takes this a step further by studying and modeling force in order to predict and control it sufficiently to be able to design such useful things as airplanes, automobiles, bridges, games, tools, etc. The list is virtually endless.

What are some ways we could apply force differently to make our daily tasks easier?

HP: The more we know about force, the more effectively we can use it to accomplish everyday tasks in a more efficient and satisfying way. For example, to spread some strawberry jam on our breakfast toast we first must open a jar. The usual way of doing this is to wrap one hand around the body of a glass jar and with the other hand grasp a metal lid. If it is a new jar, opening it for the first time may not be easy, but we will have a better chance of succeeding if we understand the forces involved, especially those between our hand and the lid, which boil down to pushes and pulls: We grip the lid by squeezing our hand around it and unscrew it by pushing and pulling along its edge with our thumb and fingers. If we find this does not work, we can increase our chances of opening the jar by doing something counterintuitive: We can simultaneously push down on the lid. By pushing down and twisting with our palm, we are effectively gripping the top of the lid also and adding to the forces that will open the jar.

You mention lacking practical experience at the start of your career. How do you think we can design educational institutions to be more conducive to hands-on work?

HP: A child can grow up today without experiencing very much variety in the use of force beyond pushing on the buttons and screens of electronic toys, games, phones, and computers. Engineering schools have recognized this for some time now, and they have increasingly required first-year students to participate in design laboratories in which they learn to operate the basic tools and machines necessary to build prototypes of their own inventions as a way of making sure they experience the variety of forces that can be involved in turning a thought into a thing.

Force includes many literary references, from Dylan Thomas to the nineteenth-century poet Oliver Wendell Holmes Sr. What are some models of writing you admire?

HP: I read and wrote a good deal of poetry before I turned to prose, and I believe any models of writing I may unconsciously follow are rooted in rhythm and rhyme, image and metaphor. Among the poets whose work I enjoy reading are Robert Frost, for the deceptive simplicity of his verse; Wallace Stevens, for his ability to evoke a visually exciting scene through words and sounds alone; and, of course, Shakespeare, for his ability to plumb the depths of human nature within the constraints of iambic pentameter. I read prose to learn about and understand developments in science and technology. The patent literature is a wonderful source of insight into the creative process of invention. Engineering reports of proposed structures and postmortem reports of failed ones are excellent means for understanding how differently force can be imagined, managed, misunderstood, and misused. Since much of my writing has been about success and failure in design, such readings have had a great deal of influence on my thinking about force but, I hope, not as much as poetry has on my style.

Many of your anecdotes are architectural. Can you tell us about one or two buildings that exemplify, to you, an interesting or beautiful use of force?

HP: If by “building” we mean anything built, then I would point to bridges as structures that are the purest expressions of force. Unlike a skyscraper, in which the framework or structural skeleton that resists the forces of gravity, wind, and earthquakes is sheathed in some architectural clothing, such as reflective glass, a bridge is pure framework that in its size and shape reveals the forces at play on it. A common highway bridge is little more than a plank thrown across a ditch; walking across it gives us a feel the forces that make the board bounce at our every step. The roadway of a suspension bridge, although a bit more complex in how it is supported, may be imagined as laundry hung from a clothesline slung between buildings on opposite sides of a street—a scene captured in countless old photographs of life in a crowded city.

Brooklyn Bridge is among the most celebrated, admired by architects, engineers, and everyday citizens alike since it opened in 1883. Its stone towers pierced by twin Gothic arches have been described as cathedral-like, and like a cathedral they express the capacity of an artfully arranged lowly material to resist the persistent force of gravity by channeling it to the ground in a most graceful way. The bridge’s towers are connected by the steel cables strung over them and tied down to the massive stone anchorages that bookend the bridge. The gentle sag of these main cables demonstrates at the same time their great weight and their great strength against being pulled apart by the forces coursing through them. The roadway of the bridge—the glorified plank—is hung from the cables by wire rope pulled plumb by the weight of the roadway and its traffic. A further feature of the Brooklyn Bridge, which distinguishes it from other suspension bridges, is the diagonal cables that stretch from the tops of its towers to the roadway, thereby forming an iconic net expressing lines of force. But these cables were not added as mere frills. John Roebling, the engineer who designed the Brooklyn Bridge over a century and a half ago, understood why contemporary bridges were being destroyed in strong winds. His signature diagonal cables provided a checking force against the bridge being tossed to destruction during a storm. Bridge designers who did not have Roebling’s respect for the force of the wind did not provide for resisting forces to come into play when needed, and their structures suffered the consequences.

You open and close your book with mentions of the COVID-19 pandemic. What lessons do you think physicists, engineers, and people who care about force may take from this time in our history?

HP: The face of the coronavirus is the mask. From the earliest days of the pandemic the mask has been both the symbol and the reality of life in a time of ubiquitous infection. Especially before the availability of vaccines, the fabric-thin mask represented the best defense against the scourge while at the same time reminding us of the fragility of that defense. The mask became but a thinly veiled attempt at hiding expressions of anxiety and fear. The mask became an icon for the political, psychological, and physical aspects of Covid. To scientists and engineers, the mask and the disease against which it was designed to protect us became objects of intense and urgent interest. Scientists sought a clearer understanding of the nature of the virus and how it was transmitted, especially by airborne microscopic particles. It is by intercepting the virus particles in the air that the mask works. This is where force and engineering come to play a role. An effective mask must be made of a material sufficiently closely packed and strong enough to keep pieces of virus at bay in a way not unlike that in which football players form a pocket around the quarterback to block opposing players from tackling him. To be effective, a mask must keep all contaminated air from reaching the mouth and nose of the person wearing it, which means that there should be no gaps between it and the skin. But this is more easily said than achieved. The simplest masks are pulled against the face by the tensile forces in the elastic cords looped around the ears. The challenge to the engineer designing such a mask is to ensure that its various parts act in concert to exert the necessary forces in the needed places to provide a snug but comfortable fit all around the periphery. This is a challenge that has yet to be met fully for an inexpensive one-size-fits-all mask, but as engineers and designers make incremental improvements in controlling the forces at play they are developing increasingly effective masks.

Henry Petroski is the author of nineteen previous nonfiction trade books, including The Pencil and The Evolution of Useful Things, which consider the invention, design, and cultural significance of common objects. He is a distinguished professor emeritus at Duke University.