Photo courtesy of 2cordevocali on Wikimedia.

New Haven, Conn., October 6, 2022—Following today’s announcement from the Swedish Academy that Annie Ernaux is winner of the Nobel Prize in Literature, Yale University Press extends its exuberant congratulations to the celebrated author.

Yale University Press is set to publish Ernaux’s Look at the Lights, My Love, the author’s diaristic meditation on the phenomenon of the big-box superstore, currently scheduled for Spring 2023.

Look at the Lights, My Love, translated by Alison L. Strayer, spotlights a place we thought we knew, revealing the ways this uniquely modern innovation has shaped, and been shaped, by human culture. It is part of Yale University Press’s distinguished series The Margellos World Republic of Letters, dedicated to making literature from around the globe available in English through translation.

This is the second time that a Nobel Prize in Literature has been awarded to an author in the literature-in-translation series, founded in 2008. In 2014, the Nobel went to Patrick Modiano on the eve of the release of Suspended Sentences: Three Novellas, translated by Mark Polizzotti and published by Yale University Press/The Margellos World Republic of Letters in November 2014. The Press has since published nine more books by Modiano.

John Donatich, director of Yale University Press, says: “As a great admirer of Annie Ernaux’s extraordinary work, it is a particular pleasure for me to see her receive this global recognition. Her visionary nonfiction is a profound achievement, and it richly deserves the wide readership this prize will attract. Those many new readers are about to make a wonderful discovery.”

About Margellos World Republic of Letters

The Cecile and Theodore Margellos World Republic of Letters series identifies works of cultural and artistic significance previously overlooked by translators and publishers, canonical works of literature and
philosophy needing new translations, as well as works by important contemporary authors whose books have not yet been translated into English. The series is designed to bring to the English-speaking world leading poets, novelists, essayists, philosophers, and playwrights from Europe, Latin America, Africa, Asia, and the Middle East, in order to stimulate international discourse and creative exchange. The series includes Nobel Prize, Best Translated Book Award, PEN Translation, and Saif Ghobash Banipal prizewinners, among other internationally-recognized awards.

Listen to the Podcast

In-depth conversations with experts on topics that matter. 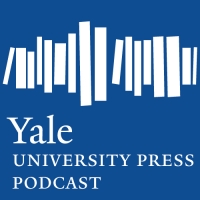