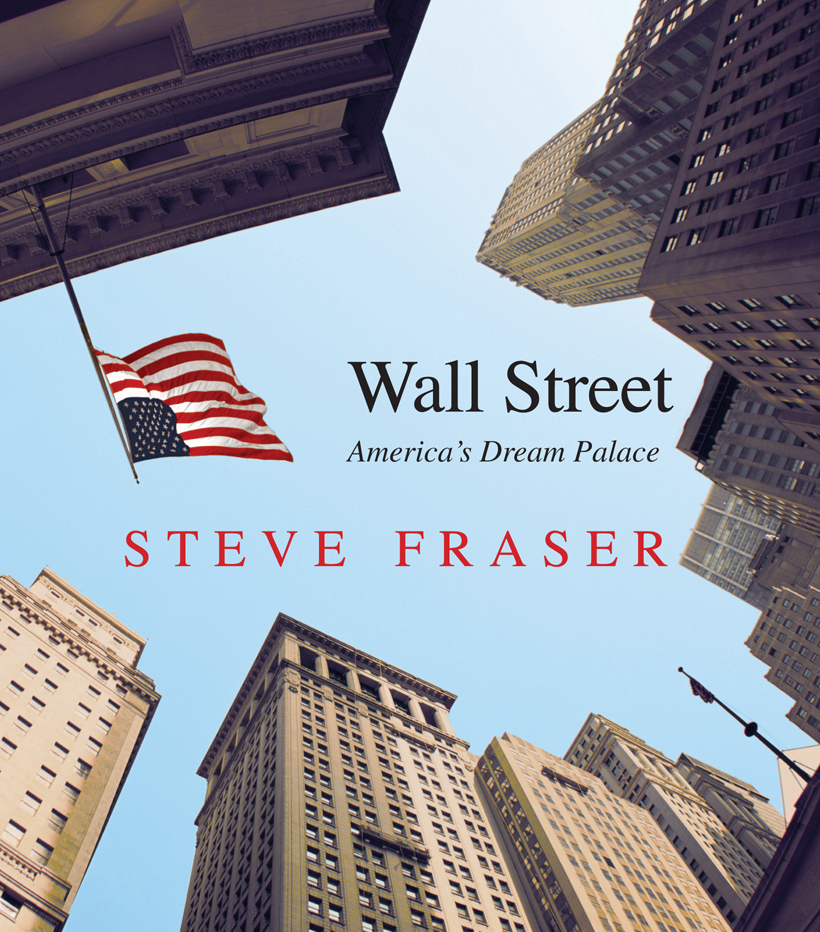 Read an excerpt from Wall Street

, an offshoot group of Occupy Wall Street, began buying strangers’ debt in order to make it disappear. Another manifestation called Occupy Sandy swooped in during the aftermath of Hurricane Sandy to assist gathering and delivering supplies, filming a documentary in the process. Over a year after protesters collected in New York City’s Zuccotti Park, the movement that would be called Occupy Wall Street is still breathing.

The movement’s aims are necessarily diffuse, but their slogan, “We are the 99%” struck a common chord and lasts one of their most potent symbols. Seeping into the lexicon, it speaks on behalf of the broader population against corporate greed and unequal distribution of wealth and power that erodes real democracy. The adversary was “the banks,” the insurance companies, the institutions holding the power of the “1%,”and given the name and location of the movement in the Financial District of New York, Wall Street was their primary emblem.

In Steve Fraser’s Wall Street: America’s Dream Palace, that American institution comes alive. Before the Occupy movement employed Wall Street for its own rhetorical purposes, it held a shifting place in the national imagination from the first Wall Street panic of 1792 to the dot-com bubble of the 1990s. Fraser traces this history through four Wall Street types: the aristocrat, the confidence man, the hero, and the immoralist. These figures embody how the nation understands its aspirations to money, freedom, and independence.

“The Street” has stood in for all manner of contradictory anxieties and hopes as the country has grown into its own and continues to establish and negotiate its identity. At times it is effete and un-American, at other periods it is the ultimate in high-risk machismo, the cowboy in a suit. These specters from the confidence man to the hero appear and disappear, reflecting the country’s concerns.

Its figure, The Aristocrat appeared early on in Wall Street’s history, a “noxious import from the Old World” representing the white-shoed elite. In him, Wall Street was an American stand-in for the continental aristocracy that drew so much ire. Yet in the Hero, Wall Street is its own patriotic counterpoint. Fraser explains, “In a society that encouraged in every man the dream of one day risking all and breaking free—‘self-reliance’ as the signature American promise and imperative—the spectacle of Wall Street’s champion gamblers walking a tightrope with no net imparted a metaphysical thrill.”

If individual freedom and independence are shared American values, they have been a reason for both maligning and extolling Wall Street. After all, accumulating wealth has always been a method to gain this kind of agency, yet Wall Street’s methods raise suspicion on similar grounds. The question remains for Fraser how Wall Street will function in the minds of everyday citizens in the wake of this century’s economic crises. Can average Americans see Wall Street as a shared institution, a way to succeed, or is it a walled-off entity that is inaccessible for all but a few?

As the country recovers economically, so will Wall Street and the 1% shift in the country’s imagination. It is a mutable “dream palace,” as Fraser shows us, and understanding its history will be a fascinating way to envision our future.

Click here to listen to a podcast with the author and how Americans have viewed Wall Street through the years.