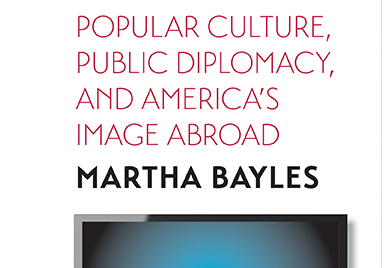 People who watch U.S. television shows, attend Hollywood movies, and listen to pop music can’t help but believe that we are a nation in which we have sex with strangers regularly, where we wander the streets well-armed and prepared to shoot our neighbors at any provocation, and where the life style to which we aspire is one of rich, cocaine-snorting sybarites. 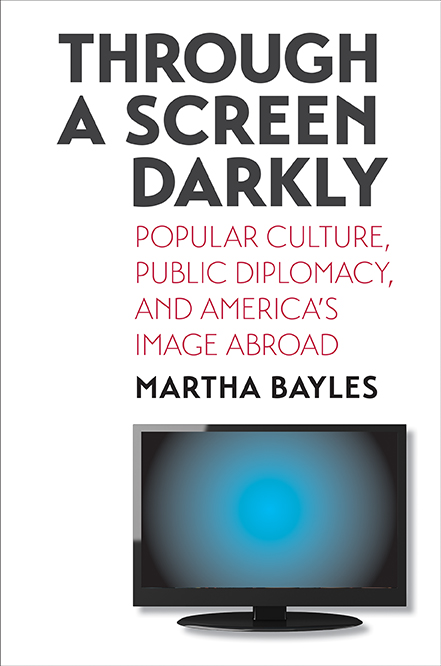 In the opening of her latest book, Martha Bayles relates an encounter with Muhammad Rizieq Syihab, the leader of Indonesia’s most disruptive Islamist group, the FPI. Asking him about his thoughts on America’s cultural influence, she received a reply that was hardly surprising from an opponent of Western democracy: rap and rock “reduces you to the level of animals,” films and TV shows are simply exhibitions of “immoral behavior,” and the US government is deliberately exporting these harmful influences to destroy Islam. It’s tempting to respond to such statements, Bayles writes, with “Get over it! Sex and violence in the media are the price we pay for freedom, and, compared with living under a dictatorship, it’s worth it.” But such a response fails to acknowledge the millions of other, more moderate people who favor democracy while worrying about the impact of American entertainment on their society. In Through A Screen Darkly: Popular Culture, Public Diplomacy, and America’s Image Abroad, Bayles explores how the entertainment industry has become America’s de facto ambassador to the rest of the world, the attitudes that this engenders, and some possible solutions to the problem.

During the Cold War, American popular culture served a very different purpose from the role it plays now. Bayles points to the testimony of former Soviet subjects who attributed their dreams of freedom to American movies, jazz, and rock music, such as the government-supported famous jazz broadcasts on the Voice of America international radio service, or the more organically-occurring craze for rock music that swept Eastern Europe and the USSR in the 60s and 70s. In all these cases, Bayles writes, “the lesson was clear: American popular culture helped free the world from Communism.” But this is no longer the case. American movies, pop music, and T.V. shows may still be attracting people all over the globe, but they are hardly winning hearts and minds for freedom and democracy. The change is due to three key factors, one of which is technology.

[F]or most of the twentieth century, the only US government body with the power to censor the electronic media, the FCC, rarely used the power, because the broadcast networks were privately owned entities that, like the film studios, practiced fairly rigorous self-censorship. But with the massive deregulation of the 1970s and 1980s, to say nothing of the subsequent rise of satellite television and the Internet, the American system of self-censorship has eroded. The networks still enforce certain rules, such as the prohibitions on nudity and profanity. The MPAA still rates movies for theatrical release. And record companies still affix “parental advisory” stickers to certain CDs and MP3 downloads. But as any American ten-year-old can attest, these controls are like a wire fence strung across a river. The American media regime is, in effect, the most libertarian in the world.

Meanwhile, in the former Soviet bloc and many other places where the media had been state-controlled, a revolutionary technology appeared in the 1990s—not the Internet (that came later) but commercial satellite television. Intensely competitive, voracious for programming, satellite television opened new vistas for the American entertainment industry. The result, as we’ve seen, is a tsunami of movies, pop music, TV shows, and video games coursing through legitimate and illegitimate distribution channels, including pirated videodiscs and unlicensed downloading from the Internet. This situation is unprecedented and bears scant resemblance to the slow, often tortuous diffusion of American popular culture during the Cold War.

In other words, technology has expanded and deregulated the dissemination of American cultural influence to the rest of the world. What used to be a carefully controlled flow of cultural exports has been unleashed to become a torrent. How, then, can U.S. public diplomacy be revived against the distorting backdrop of globalized popular culture? In Through A Screen Darkly, Bayles charts a more positive path for the future.