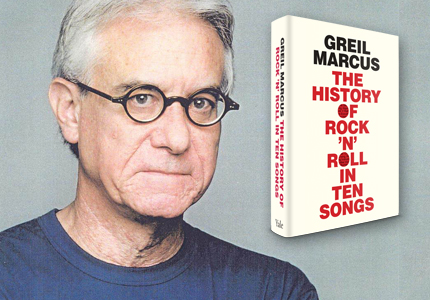 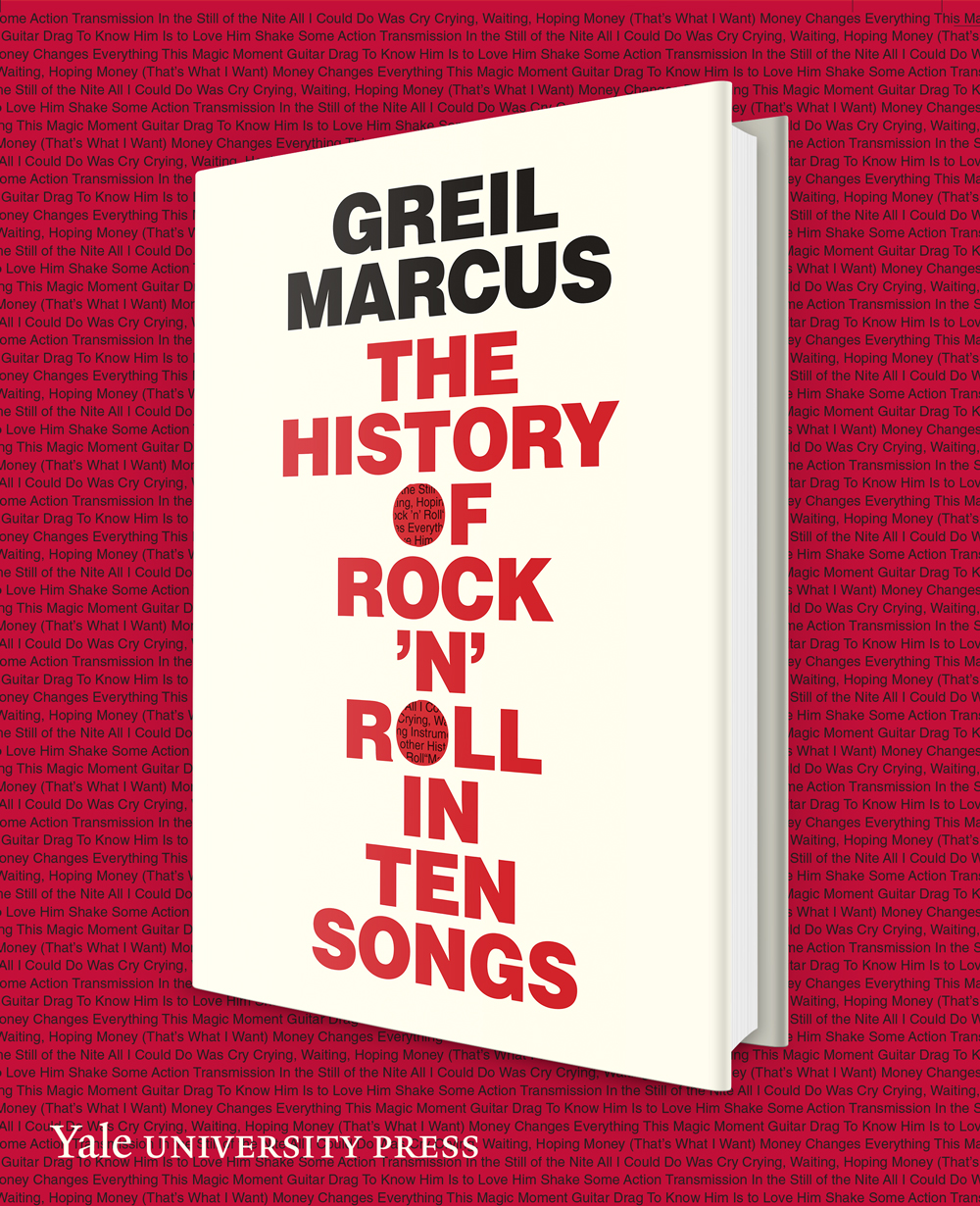 In anticipation of the Saturday, May 31 broadcast of the 2014 Rock ‘N’ Roll Hall of Fame inductees, we are excited to announce cultural critic and Rolling Stone columnist Greil Marcus’ new book, The History of Rock ‘N’ Roll in Ten Songs, to be published this September. This book’s straightforward title belies its unconventional approach to documenting the history of rock ‘n’ roll music. Drawing on songs 1956 to 2008, Marcus highlights unexpected connections and lines of influence to tell the story of the genre. You won’t find the songs and artists you expect in the table of contents, we sat down for a Q&A with Marcus to explain why:

Yale University Press: How did the idea for the book come about?

Greil Marcus: My editor Steve Wasserman wondered if I’d write a history of rock ’n’ roll. I thought it was a terrible idea, that it had been done to death, well and poorly, that there was a finished and accepted narrative that rendered any retelling of the story redundant and pointless. But, then I thought: What if the book was nonchronological, discontinuous, and left out almost everyone who couldn’t be left out (Elvis Presley, Chuck Berry, James Brown, Bob Dylan, the Rolling Stones, Aretha Franklin, the Sex Pistols, Michael Jackson)? What if it neglected the well-known, iconic moments (the Beatles on the Ed Sullivan Show, Bob Dylan going electric), and centered instead on a small number of songs, each of which in its own unique way embodied rock ’n’ roll? That interested me—and the idea became this book.

YUP: Isn’t this a ridiculous conceit?

GM: Sure. The premise of the book—trying to ascribe the entire history of a form containing hundreds of thousands of exemplars into ten—is fundamentally absurd. That’s what makes it fun. Maybe we could hold a contest to see what ten songs readers would choose to sum up this history. The prize would be a copy of this book for the winner to tear up.

Preview Greil Marcus’ full list of song choices in this advance look at the The History of Rock ‘N’ Roll in Ten Songs.