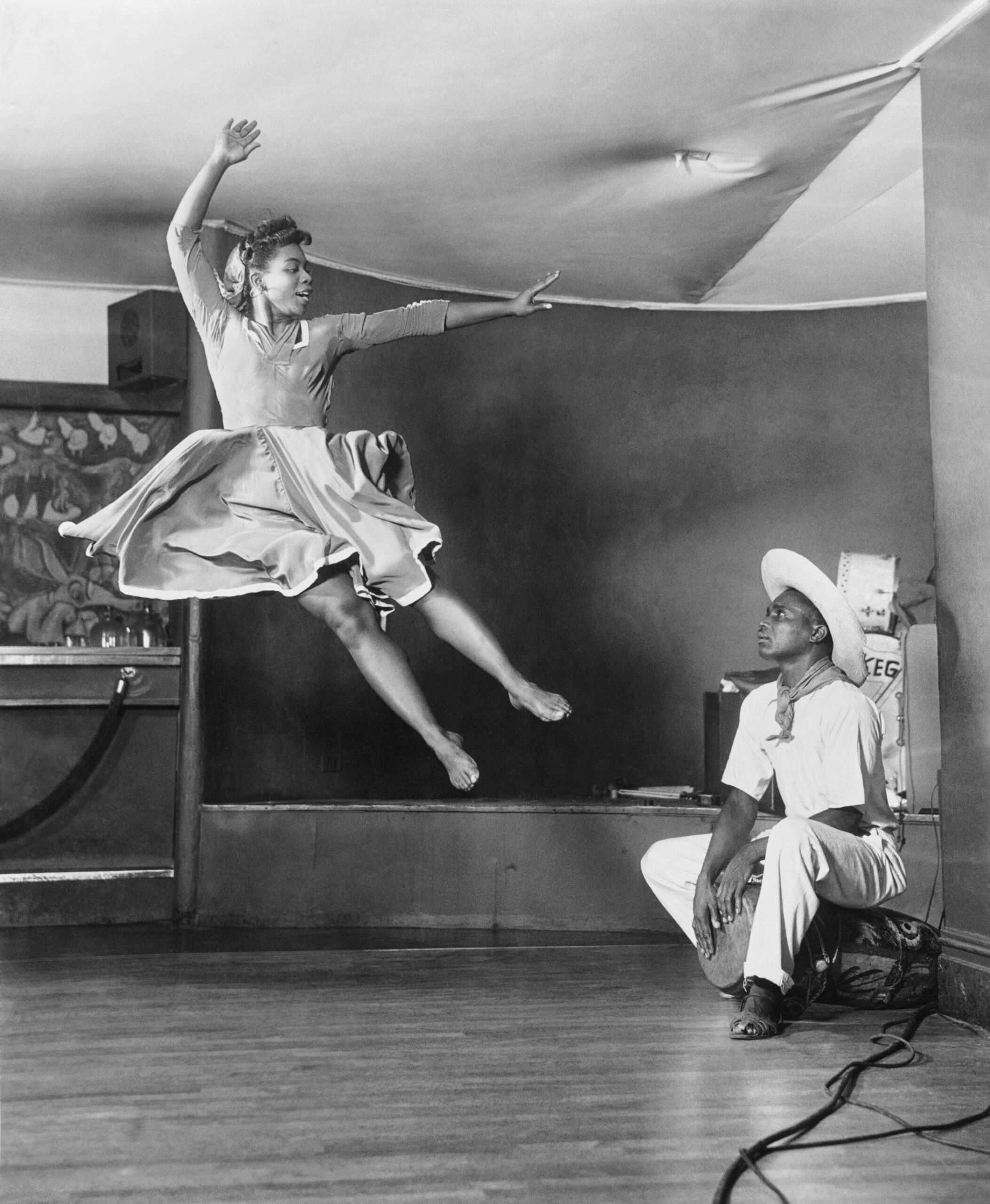 African-American ballet dancer Misty Copeland has been in the news a lot in recent months. From her now viral Under Armor commercial to the pages of Vogue, from network and cable talk shows to So You Think You Can Dance, from the New York Times bestseller list to Jacobs Pillow, Ms. Copeland seems to be everywhere. She has captured the public’s often fickle attention, and she is using her time in the spotlight to raise tough questions about race in dance and to defy ideas about what a ballerina looks like. Everywhere she goes, she speaks about the lack of racial diversity in ballet and about the particular challenges faced by black female dancers.

Misty’s moment in the spotlight brings to mind an earlier black dancer who leaped into public consciousness, shattering stereotypes about dancers’ bodies and challenging Americans to see and understand how race operated in her world. When Pearl Primus made her concert debut in New York 1943, she stunned the audience and critics. Here was a dancer who broke the rules, defying the boundaries of both expectation and gravity. Short, muscular, and dark-skinned, she challenged ideas about what a modern dancer looked like. With her incredible leaps, she seemed to transcend physics. In her works of racial protest, she danced the parts of men and women, white and black, conveying experiences that were both specifically African American and universally human.

In The Dance Claimed Me: A Biography of Pearl Primus, Peggy and Murray Schwartz show us a woman who ignored limits imposed by others throughout her life, breaking barriers in both dance and in academia, and using her visibility to speak loudly and often about racial injustice. It is hard to overstate Pearl Primus’s impact. She taught Maya Angelou, inspired Langston Hughes, performed with Paul Robeson, coached Judith Jamison, seeded the ground for Alvin Ailey, and provided opportunities and instruction for countless dancers, choreographers, percussionists, anthropologists, and educators. She studied traditional African dances and introduced many of these dances to America, establishing rich and enduring connections between African dance and American modern dance. Generations of dancers and teachers, and some of today’s most important choreographers, are connected by her web of influence.

Pearl Primus’s frank and insistent talk about racial inequality made many people uncomfortable. Some of Misty Copeland’s critics seem to wish she would stop making such a big deal about race. After all, she has one of the most coveted jobs in ballet, soloist with American Ballet Theatre. But barrier breakers with the biggest impact are often the ones who keep on speaking, who make injustice visible for those who have trouble seeing it.

When we say we don’t want to talk about race in dance, preferring instead to be “color blind”, we ignore the fact that race has already been a part of ballet’s story. White skin has been an explicit advantage for female ballet dancers, essentially a job requirement. Overturning a long established and specifically racial preference takes effort. That’s why Misty Copeland keeps talking about race. She’s joined of course by many other important voices—check out Virginia Johnson’s brilliant statement in the trailer for the new documentary Black Ballerina.