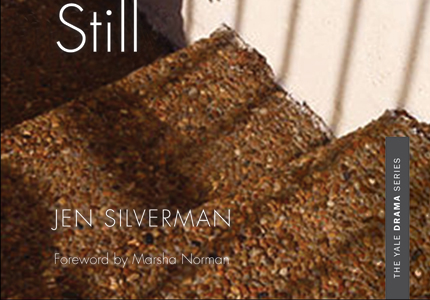 It’s not too late to submit your manuscript for the 2015 Yale Drama Series competition. You could be awarded the David Charles Horn Prize of $10,000, publication of your play, and a staged reading at Lincoln Center Theater. The 2015 and 2016 competitions will be judged by Nicholas Wright, who has written over 30 plays, libretti, and screenplays, including  Vincent in Brixton,  Mrs. Klein, and Traveling Light. Manuscripts for the 2015 competition must be submitted no later than August 15, 2014. You can find the full guidelines here.

The Yale Drama Series is an annual, international competition for emerging playwrights that attracts over a thousand submissions each year and boasts a remarkable list of previous winners. Most recently, Janine Nabers won for her play Serial Black Face. In Serial Black Face, it’s Atlanta 1979. A serial killer is on the loose and a single black mother’s relationship with her young daughter grows more hostile when a handsome stranger enters their lives. Yale University Press is hard at work preparing the manuscript for production and publication, and in the meantime you can get to know the playwright and the 2014 judge, Marsha Norman. 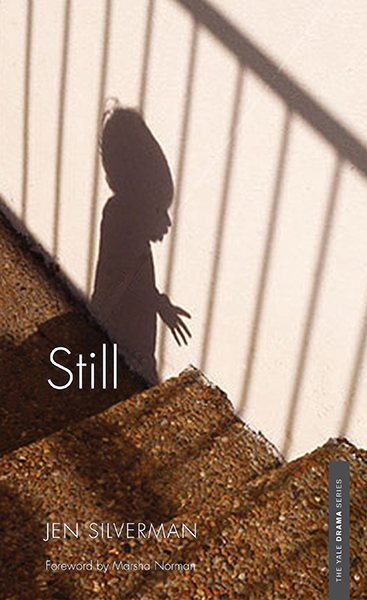 In 2013, Norman selected Jen Silverman‘s play Still. It’s a darkly comic exploration of loss, intimacy, and motherhood centered around three women and a baby who never lived. Silverman has said that winning the prize had both personal and political meaning for her, as the play ventures into unsafe territory with its discussion of women’s bodies and the demands our culture feels entitled to make on them. It was an amazing year for Silverman, as one of her other plays was selected for the 2013 National Playwrights Conference at the Eugene O’Neill Center. Still comes out September 9th and we can hardly wait.

Clarence Coo won the competition in 2012 with his play Beautiful Province. It’s the story of a fifteen-year-old boy who decides to accompany his severely depressed high school French teacher on a road trip to Quebec. The play mixes farce with tragedy, the wildly inventive with the heartbreakingly sad, and the lofty and the fantastic with the cold, the mundane, and the all too real. Clarence Coo and John Guare, the judge who selected Beautiful Province, comment on the marks of a good play and the power of a prestigious award here.

Guare chose New Light Shine by Shannon Murdoch as 2011’s prize winner. Murdoch focused her play on four characters trapped in an argument of memory that threatens to turn perception to truth. As they sort through years of silence and half-truths they raise provocative questions about female and child sexuality as well as the responsibilities of government and community in raising children. Guare called it “raw, haunting, richly poetic, [and] deeply emotional.”

Virginia Grise won the 2010 competition with her play blu. In the play, the myth-inspired character Soledad and her partner, Hailstorm, redefine family on their own terms after the death of their eldest son in Iraq. The play challenges us to imagine a time before war through a series of prayers, rituals, and dreams. Grise is, according to contest judge David Hare, “a blazingly talented writer.”

David Hare picked Lidless by Frances Ya-Chu Cowhig as 2009’s winning play. Lidless addresses our national political amnesia with a stylishly written interrogation of guilt’s place in moral reckoning. Hare praised the tightly controlled blend of realism and metaphor, as well as the political urgency that can propel writers and audiences to the theater.

In 2008, Neil Wechsler‘s Grenadine won the competition with a fantastical story of a man’s quest for love in the company of three devoted friends. Edward Albee lauded the play’s originality, the provocative nature of the drama’s questions and answers, and the way Grenadine stretched the minds of its readers and audience.

The Yale Drama Series kicked off in 2007 when Albee selected The Boys from Siam by John Austin Connolly as the competition’s first winner. The play is the haunting and lyrical story of Pigg and Pegg, conjoined twins loosely based on Chang and Eng Bunker (the brothers who gave rise to the term “Siamese twins”). Albee described Connolly’s work as “a beautifully realized concentrated universe.”

Yale University Press is always pleased and proud to read such wonderful submissions and publish such talented new playwrights. We’re eager to see what this year’s competition will bring and to find out which highly-deserving play will win the prize. And remember, if you submit a manuscript by August 15th, it could be yours. Best of luck!