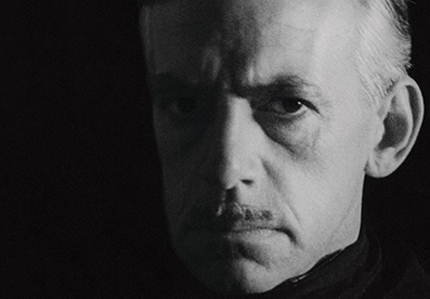 Four seems to be Eugene O’Neill’s lucky number. He was the recipient of four Pulitzer Prizes for Drama, the most won by any single playwright. His most famous play, Long Day’s Journey Into Night, was written in four acts. Robert Dowling’s new biography Eugene O’Neill: A Life in Four Acts, forthcoming this October continues that theme, highlighting how the stories he told through his plays interweave with his life, divided out into four episodes. We sat down with Dowling to talk about writing the biography of such an immense figure in American theater.

Yale University Press: You have long been a fan of O’Neill’s work, but what prompted you to write a book about his life?

Robert M. Dowling: In the ﬁnal session of the ﬁrst O’Neill seminar I taught, I asked my students, “Which plays did you enjoy the most?” Without missing a beat, one raised his hand and said that O’Neill’s life was his greatest play. Many others nodded in agreement. That moment planted the seed for this book. It turns out that the dramatic structure of O’Neill’s life uncannily matches that of his best plays. And, even more fascinating for a biographer, nearly every ﬁctional story O’Neill told interweaves with actual stories from his own life.

YUP: O’Neill won the Nobel Prize for Literature—the only American playwright to do so. How is his literary achievement viewed today, some 60 years after his death?

RMD: O’Neill also won four Pulitzers, yet he probably received more bad reviews than any other major American author. However, having scrutinized virtually every review of his premieres and books, I can say that even his so-called clunkers were still credited with breakthroughs that offered something unique, something never before attempted on the American stage. O’Neill is enjoying a new “renaissance,” with dozens of revivals over the past decade. American and international audiences alike show an unquenchable desire for his plays, and there’s no end in sight for this playwright’s potential to speak to contemporary audiences as he once spoke to his own.