Today marks the two hundredth anniversary of the birth of Adolphe Sax. Born in Dinant, Belgium, Sax became probably the most well-known inventor of musical brass-wind instruments in the nineteenth century. His posthumous reputation derives largely from the success of his eponymous saxophone, now one of the most recognized and influential musical instruments in the world. But this success came largely after Sax’s death in 1894, and he derived little benefit from the instrument during his lifetime.

Sax’s story is compelling. Born into relatively humble circumstances—his father was also an instrument maker—he eventually rose to grace the French corridors of power in the 1850s and 60s, and cultivated strong connections with the French military establishment, advising the army on the instrumentation of its military bands (and in the process selling them large quantities of instruments also). He developed a scientific approach to musical instrument design and became interested in the science of musical acoustics. He was an avid collector of musical instruments, amassing a collection of more than 400 specimens from different eras and cultures.

He was not, however, a particularly talented businessman, and was made bankrupt three times. The final bankruptcy, in 1877, proved insurmountable and condemned him to an impoverished and marginalized old age. He wrote frustrated letters to various authorities, asking that the sums of money awarded to him during various legal battles against other manufacturers be finally paid over, but there is little evidence that such sums were received. He died largely forgotten by the musical world to which he had contributed so much.

Sax, and his many opponents, would doubtless be astonished at the global success of the saxophone throughout the twentieth and twenty-first centuries. The rest of us can only wonder what the history of western music—particularly popular music and jazz—would have been like without it.

Stephen Cottrell is a saxophonist and professor of music at City University London. He is the author of The Saxophone. 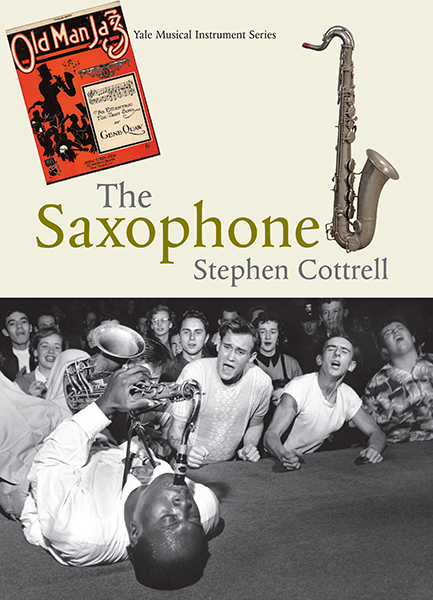