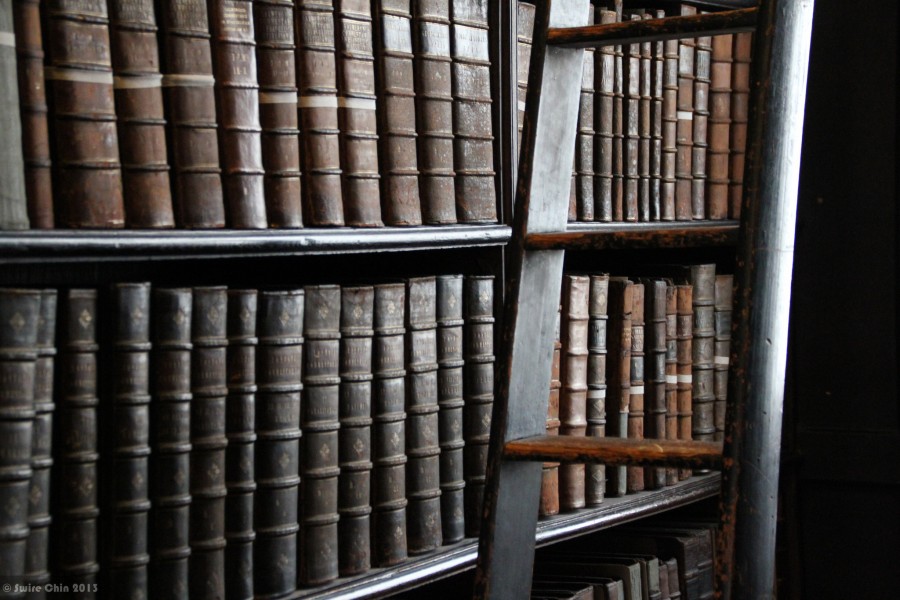 We had the chance to sit down with prolific translator Marian Schwartz to talk about her latest translation of Leo Tolstoy’s Anna Karenina. She touches on the joys and challenges of Tolstoy as well as his lesser-known witty side.

Yale University Press: Anna Karenina is a seminal work in literature. How do you approach translating something like that?

Marian Schwartz: A question straight out of a Marx Brothers movie! The answer, of course, is “very carefully.” Every critic, scholar, and reader has an opinion, a pet peeve, a particular passage dear to her heart. Pity the poor translator who crosses one of them.

Along with the Maudes, Garnett—whose translations I do like and who must have been doing something right because she launched the English reader’s love affair with Russian literature—was introducing Tolstoy to the English reader for the first time and so did what an author’s first translator is often compelled to do: help the reader by writing an English text less challenging than the original Russian. Translators who followed Garnett, including me, benefited from her groundwork. Indeed, my impulse to translate this novel arose wholly from a passion bordering on obsession to take the next step after Garnett—a step translators between us did not take—and confront Tolstoy’s aesthetic choices head-on. I wanted to convey the nuances not expressed directly, in so many words, but rather embedded in his aesthetic and stylistic choices.

From the very beginning, it was clear to me that Tolstoy wrote as he did intentionally and purposefully. After I began the translation, I found direct confirmation of Tolstoy’s preoccupation with language at the time he was beginning to write Anna Karenina.

On March 25, 1872, Leo Tolstoy wrote a letter to his editor, Nikolai Strakhov, in which he rejected conventional literary Russian as “ridiculous” (smeshon) and admitted that he was drawn to “another language and devices.” Tolstoy biographer A.N. Wilson runs with this, going so far as to speculate that Tolstoy might easily have chosen to write in French, but the letter points to Tolstoy looking in a different direction, to the language of folklore, to songs, fairytales, and epics, which, he said, never dated and were read by every generation: “Everything plain would be read as long as there was a Russian language.” The question of language was a moral as well as aesthetic issue for him. Obviously, Tolstoy did not write Anna Karenina as a folk tale, but he did go to great pains to resist what he considered literary affectation in order to make his work more honest and more beautiful.

In that letter, Tolstoy professed his love for language that was “precise, clear, beautiful, and temperate.” I couldn’t wait to write an English translation that possessed these same qualities.

YUP: What is your process like when it comes to translation? Does this change for an author like Tolstoy who is no longer living?

MS: When an author is no longer living, the translator is left with the text and with scholarship. Perhaps more than any other translation I’ve done, including other classics, I read and listened to scholars over the years I spent on this translation.

That had not been on my radar when I began the project. In the beginning, I was consumed with Tolstoy as a stylist and how I would recreate his effects in English. However, the more I translated, the more I became convinced that his style was anything but window dressing. To an extent, I would agree with Marshall McLuhan: Tolstoy’s medium was his message. He expressed his moral and philosophical as well as aesthetic concerns through his use of language.

For various reasons, I set my nearly complete translation aside in 2000. At the time I was disappointed, of course, but the twelve years that passed between then and the time I picked it up again ultimately deepened my understanding for and English rendering of the text.

I followed closely the critical discussion around the Pevear-Volokhonsky translation that came out in 2000. In 2001 and 2002, several scholarly articles appeared in the Tolstoy Studies Journal analyzing the available English translations of Anna Karenina: Hugh McLean’s “Which English Anna?” Gary Saul Morson’s “Brooding Stiva: The Masterpiece Theater Anna,” and Carol Flath’s “Anna Karenina: Translation, Literalism, and the Life of Art.” This was the first time I’d had scholarship on translation to consider when translating a canonical work. I didn’t always agree with the conclusions drawn in those analyses, but the scholarly perspective was extremely informative and refocused my attention in several instances. My translation would have been different had I not read those articles.

Once my translation came under the Yale University Press imprint, I realized it needed not only my Translator’s Note but also the perspective of a Tolstoy scholar and professor who had taught the book, and Yale University Press came up with the best choice possible, to my mind: scholar and critic Gary Saul Morson, who agreed to write the introduction and notes to the book. Professor Morson has not only taught Anna Karenina to thousands of students over the course of his career, but he has also written a fascinating and original monograph on the novel, Anna Karenina in Our Time: Seeing More Wisely. His close reading of my translation amounted to a Tolstoy tutorial for me and resulted, through intense discussion, in a very fine tuning of the text.

YUP: What is something you most want readers to get out of your translation of Anna Karenina?

MS: Tolstoy was not a comic writer, of course, but he could be very sly about people and situations.

In the opening scene, Stiva wakes up in the morning and is so carried away by his dreams and sense of physical well-being that he reaches for his dressing gown –and doesn’t find it in its usual place because he is not in his usual place. He’s sleeping on the sofa in his study instead of in bed with his wife, but he’s so wonderfully cheerful and oblivious, he fumbles in thin air. It’s a sight gag.

Another example: when Tolstoy makes fun of Princess Betsy for translating French idioms directly into Russian—she calls Anna a “terrible infant,” for example—he does it in a way the reader can’t help but find humorous.

Tolstoy was a great psychologist, so it’s no wonder he saw the humor in his characters’ thoughts, words, and actions. This may not be the aspect of the book that immediately springs to mind in association with him, but I dearly hope the reader can now get a glimpse of Tolstoy’s wit.

Marian Schwartz has translated more than sixty volumes of Russian fiction, history, biography, criticism, and fine art. She has twice received National Endowment for the Arts translation fellowships and is past president of the American Literary Translators Association. Her latest work is a translation of Leo Tolstoy’s Anna Karenina. 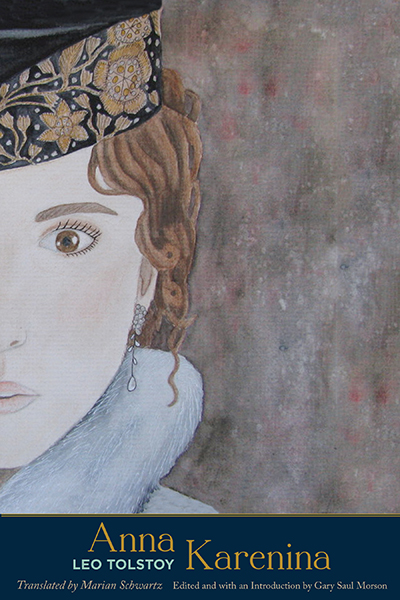