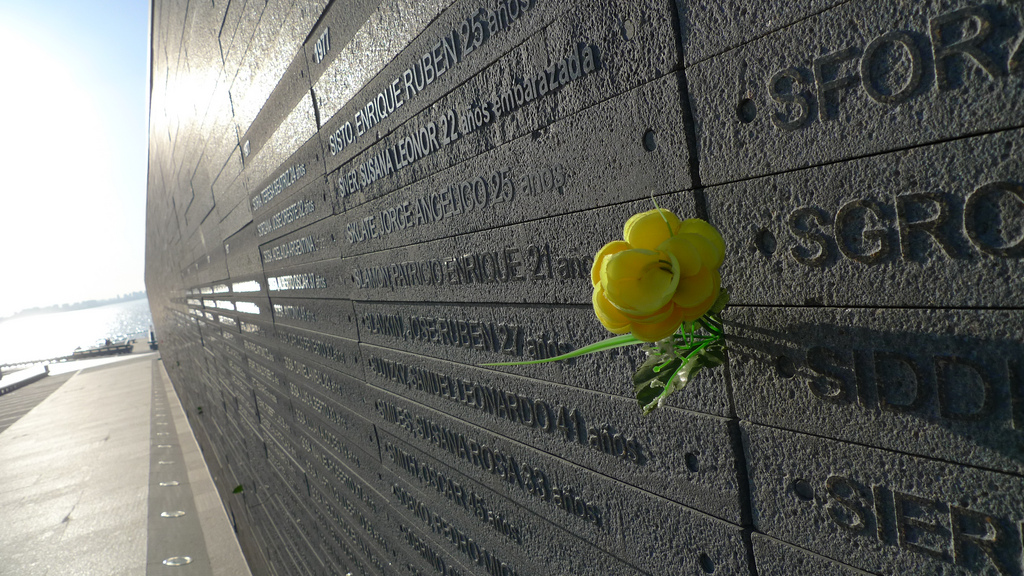 The Dirty War was a campaign by the government of Argentina to suppress left-wing political opponents. It is estimated that during the period from 1976 to 1983, 10,000 to 30,000 citizens were killed or taken by the government and never heard from again. It was against this backdrop of violence that Argentine author Lilian Heker wrote and edited left-wing literary journals critiquing the government while helping to give voice to other authors silenced by the regime.

I am sometimes asked about my experience during Argentina’s dirty war and surely a personal horror story is expected. First of all, I want to make something clear: in Argentina, between 1976 and 1983 there was no war, only the most brutal and unjustifiable State terrorism. I think that when referring to that period, during which every respect for life and human condition was transgressed, to detail personal incidents is indecorous. Anyone living in Argentina who was neither despicable nor an idiot experienced first-hand their coexistence with death, how precarious their life, and the life of those around them, was. Just as an illustrative example, I will mention a recurrent physical sensation that became symbolic to me (described in my novel El Fin de la Historia): a chill on the back of my neck every night when I turned the key to enter my home; a sensation I recognize as the materialization of the fear of having someone lurking behind me—the fear of never finishing that little act, so innocent in other times, of opening my front door.

I will describe my experience as an intellectual and a writer during that period and what I learned living in that situation of repression and censorship. With regard to the writing act itself, I must say that the military dictatorship did not alter it. Within the four walls of my room I was free and I was myself. If the outside had been transformed into something strange and fearsome, the inside, my work, allowed me to establish a continuity with who I had been—it preserved me. As far as I can tell, I do not see any discontinuity in themes in my fiction. The writing process of a nouvelle, Don Juan de la Casa Blanca (about an alcoholic and his wife), which I had started before the military coup, accompanied me through that coup and it helped me to stay linked to my identity—I think I had never, before then, worked a text with such an intensity and rigor. Maybe that thorough and passionate dedication was an act of self-assertion when everything outside seemed to be crumbling. Several of my short-stories were written during that period, as well as some chapters of my novel Zona de Clivaje. In none of those narratives is there an allusion to the military regime. Under a particularly distressing circumstance, the germ of a novel did come to me—El Fin de la Historia, translated into English as The End of the Story—which would deal explicitly with that historical period. However, many years needed to pass in order for me to have the distance I needed to tackle the writing of that novel.

What was really altered was the possibility of circulation for our fiction, since we were banned from mass media and publishing a book had become difficult. But literature as art is a long-term work. You can spend years writing a novel—the search is for excellence not for a dialog with the immediate present; we seek the possibility of the text living on.

And yet, besides the artistic power words have, they are also the tool that allows intellectuals to account for contradictions and conflicts in their immediate present. In my view, having that tool at his/her disposal and knowing how to use it, makes an intellectual responsible for his/her here and now. Assuming that double potential in words, in 1961 we founded with Abelardo Castillo (in my opinion the best Argentine writer alive, and a master in ethics and ideological lucidity) a literary magazine, El Escarabajo de Oro. For fourteen years, the project not only made known a notable generation of new writers but also, from an independent left-wing framework, was committed to the social and cultural reality in Argentina and Latin America.

This second feature of writing—its ability to establish a dialog with the present—was the one that suffered the fiercest impact of dictatorship. To give an idea of the military government’s level of brutality: the word “vector” was prohibited (it was like prohibiting the multiplication sign) because it was considered a Marxist term. The fundamental learning, I think, was in that realm: the one of words, of ideas. A writer knows, by trade, how to work with words—that is his/her weapon in a time of repression. A very clear example: in 1977, in the midst of military dictatorship, I was answering an interview in writing. I used the words “bourgeoisie” and “proletariat,” usual terms in the sixties and early seventies. When I proofread what I had written, I noticed that that terminology was a red flag for censorship. I changed “proletariat” to “workers” and “bourgeoisie” to “middle class,” both neutral expressions but in that context true to the ideas I wanted to communicate. It is ideas, I think, that a writer should never change to fit circumstances. Censorship is not infallible; in a time of repression in which the mass-media refuses to publish any text that questions power, those who have something to say can—and must—create alternative ways for publishing those texts. It was with that conviction that, in 1977, we founded a new literary magazine, El Ornitorrinco, with Abelardo Castillo and Sylvia Iparraguirre, where, besides giving a voice to a new silenced generation of writers, we dealt with topics that opened a debate about our now and then: censorship, auto-censorship, human rights, the desaparecidos, possibilities of action for writers in exile and under repression. It was hard for our magazine to make its way under such adverse circumstances. But it did. And it constituted, with other events during that period—primarily the struggle of Madres de Plaza de Mayo, but also the signing of public petitions claiming for the desaparecidos, the massively attended Teatro Abierto, the workshops where young people could read and discuss what was forbidden outside—a cultural resistance: our will to oppose to the silence and death the regime wanted to impose on us.

Liliana Heker is the author of five volumes of short stories and two novels and the founding editor of two literary magazines widely read in Latin America. During Argentina’s years of violent repression (1976–83), she continued to write and edit left-wing literary journals while also helping to give voice to authors silenced by the regime. She lives in Buenos Aires, Argentina.