After the recent and controversial release of India’s Daughter, a documentary regarding the brutal gang rape of 23 year-old physiotherapy student Jyoti Singh in 2012, many questions are being raised about the status of women in Indian society. However, though I support the unearthing of such stark realities through these increasingly open and honest discussions, I adamantly believe that issues such as feminism are part of a much larger, more dynamic struggle between India’s past and present standards of convention.

Uday Prakash’s novel, The Girl with the Golden Parasol, astutely conveys the double-sided front that exists as a result of certain disparities, like the enormous juxtaposition between wealth and poverty, education and ignorance, progress and cultural submission.

One needs to understand that the Indians are a proud race and their culture functions as a primary method of identification. To disrupt a lineage of ideals is difficult and merits the need of time. For those who passively brush this off as a “foreign” dilemma of Brahims, Untouchables, and the unfaithful classification of different peoples, I would liken the situation to America’s in the late 19th century, from the Reconstructionist Era upwards through the civil rights movement. The split between “Black” and “White”, viewed as inherently wrong today, has taken decades to recognize and abolish, because the act of redressing errors is an arduous process. Therefore, India cannot be expected to metamorphosize in the span of a year – it must grow out of its adversity with time.

And yet, the urgency of the issue must not be forgotten, for while it lasts so do all of its consequences.

Prakash does a fine job of illustrating for the reader how love is often marginalized in this struggle to overcome caste. Discouragement of inter-caste marriages helps maintain and solidify detrimental social hierarchies and prohibits people from being able to rise in status or foster communication and cooperation. A community is only as strong as its weakest link, and ostracizing whoever is deemed “lower”, “unfit”, or “untouchable” only takes away from its potential to evoke change and progress.

Many have sought legislation and government as the answers to this predicament, but I believe that a problem that is this internal can only be rectified by change within these social constructs, by acknowledging equality among all men and women and allowing unions to form within them. There is a severe need for a cultural shift. Rahul’s love for Anjali, in the book, is blockaded by a number of factors, the most important being caste since Anjali is a steadfast Brahmin, similar to almost the entire Hindi department. Through a depiction of Rahul’s college experiences, trudging through a campus that has been codified and fractured by caste mentalities, we see how India’s “Cambridge”-esque institution, though hoping to provide an elite education, suffers at the hands of its archaic values and inhibits future generations of citizens and leaders from evolving forward. Prakash smartly uses this backdrop in order to have a conversation about how India’s rapid growth and desire for modernization, while elevating the status and reputation of many, leaves a vast majority of people to fend for themselves in the dust. Problems of greed, corruption, and privilege are mixed in to create a recipe that leaves the country crippled. Sooner or later, the downtrodden will take up action to refuse these circumstances, or else India will just have to be satisfied with fossilizing itself into the past.

Simran Chahal is a sophomore in Yale College. 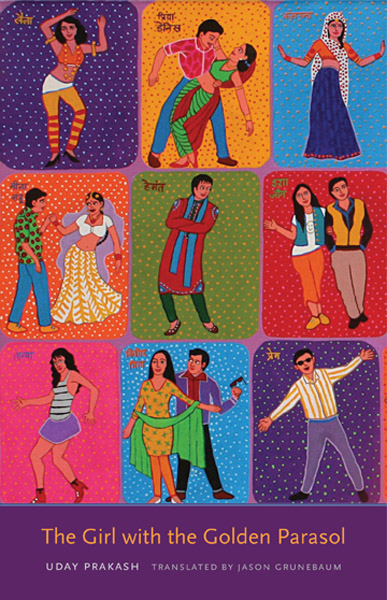