Béla Bartók, the great Hungarian composer, pianist, ethnomusicologist, and pedagogue, died in Manhattan’s West Side Hospital on 27 September 1945 at the age of sixty four. The final five years of his life had been spent in the United States of America, a stranger in a strange land. If he should be regarded as a refugee, it was not because of his religion or race, for unlike the Austrian composer Arnold Schoenberg or the German physicist Albert Einstein he was not Jewish. However, he was appalled and horrified by fascism, which was manifested in Hungary by the Arrow Cross Party, and felt that to remain in his homeland was untenable.

Bartók first visited the USA in mid-winter 1927-8. His intention had been to give the American premier of his radical new Piano Concerto (his first of the genre) with Willem Mengelberg and the New York Philharmonic at Carnegie Hall in late December. However, rehearsal time proved insufficient and he reverted to one of his earliest mature works, the Rhapsody for piano and orchestra written in 1904, which was influenced by urban Gypsy music and stood in the tradition of Liszt. The concerto was finally premiered in Carnegie Hall on 13 February 1928, under the baton of Bartók’s compatriot Fritz Reiner, accompanied by the Cincinnati Symphony.

One of the critics who attended his performance of the concerto in Boston conducted by Serge Koussevitzky four days later, Paul Rosenfeld, described him as “a small, delicately-built man, with finely modelled features, [who] has not a trace of the vanity and ostentation of the usual virtuoso pianist.” Another reviewer, Olin Downes of The New York Times, heard in the score of the concerto “the impress of post-war feeling in art, being stark and astringent in its manner, antiromantic and spare of ideas.”

Bartók’s musical language developed significantly in the period leading to his brief second visit to the United States between April and May 1940. In the interim he had composed, among other works: a second piano concerto, the fifth and sixth of his string quartets, Music for Strings, Percussion and Celesta, the Sonata for Two Pianos and Percussion, the Second Violin Concerto, the Divertimento, and the wonderful Cantata profana. He had moved significantly away from the starkness and astringency noted by Downes in the First Piano Concerto, and his music increasingly accommodated warmth and luminescence. At the same time, the traditional music of Hungary, Romania and Slovakia, in particular, which he had collected on a near-industrial scale, continued to exert an enormous influence on him, permeating every aspect of his output.

The first of his subsequent two crossings to America in 1940 proved very successful, and Bartók played at the Library of Congress in Washington, and in Pittsburgh, Chicago and New York. A review in The New York Times of a concert at Town Hall with the Hungarian violinist József Szigeti describes “a prolonged ovation,” and notes that the audience required him to perform two groups of encores before he was allowed to leave the stage. On May 5th, 1940, an article appeared in The New York Times penned by another Hungarian expatriate, a musicologist at the University of Washington in Seattle called Otto Gombosi, who considered Bartók’s contribution to modern music. According to Gombosi, Bartók demonstrated:

an ingenious and daring extension of tonality to the utmost limits . . . a kind of rhythm which seems to incorporate the elemental powers of nature . . . a flourishing melody, which grew up from assimilated elements of folklore to a quite individual richness and individuality . . . formal perfection, growing organically from the material . . . [and] a ripe polyphony that has little to do with ‘neoclassicism’ and which is formed with an iron consistency that reaches extreme possibilities.

Plans were immediately developed for the second trip of 1940, with the intention of staying much longer. This was a terribly difficult move, and he told a friend it was ‘like plunging into the unknown from what is known but unbearable’. Bartók and his wife Ditta spent their first month in New York in The Buckingham Hotel in Manhattan (now the luxurious Quin on 57th Street and Sixth Avenue), before moving out to an apartment in Forest Hills, Long Island, the first of several fixed addresses.

Bartók’s first year was quite successful, with a visiting ethnomusicological post at Columbia University that paid very well ($1,500 for a semester’s work, possibly equivalent to $85,000 in contemporary terms), and an enormous 7,000 mile tour taking in St. Louis, Denver, San Francisco, Seattle and Kansas City, traveling throughout by rail.

Matters deteriorated from 1942, however. His stock as a performer had begun to decline and the entry of the United States into the Second World War naturally impacted opportunities for concert activity. At the same time, his physical condition had become weaker, with perpetual raised temperatures that perplexed his physicians. When his contract with Columbia University came to an end, Harvard University offered him an honorary role involving a series of “conferences” with students. After only the third of these, in March 1943 his condition deteriorated further and he ended up in Mount Sinai hospital for tests. Much of the ensuing story is familiar to concert audiences, for through the good offices of the conductor of the Boston Symphony Orchestra, Serge Koussevitzky, he was commissioned to write a new piece (something that he had been unable to contemplate since moving to America).

The outcome was the Concerto for Orchestra, arguably his most famous and popular work. This was followed by the wonderful Sonata for Solo Violin commissioned by Yehudi Menuhin, and the Third Piano Concerto, which was written for his wife and was very close to completion when he finally succumbed to leukemia. On his death he left a Concerto for Viola half-finished and other plans unfulfilled. Through considerable difficulty and adversity, the final chapters of Bartók’s life brought about some of his most life-enhancing and rewarding works.

David Cooper is professor of music and technology, and dean of the Faculty of Performance, Visual Arts and Communications, University of Leeds. His publications include Béla Bartók: Concerto for Orchestra and numerous chapters and articles on aspects of Bartók’s life and works. The author lives in Liversedge, UK. 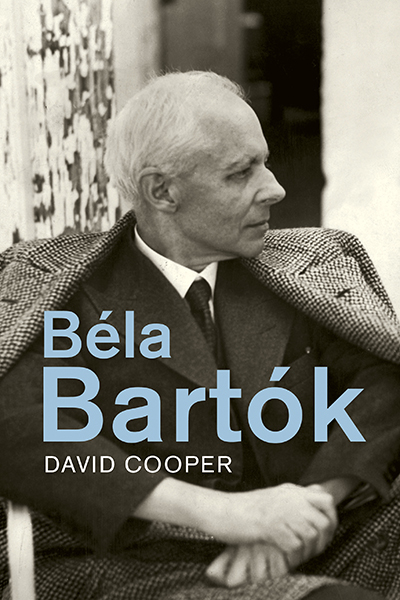 Featured Image: * * * by Ilya Boyandin via Flickr under a Creative Commons license