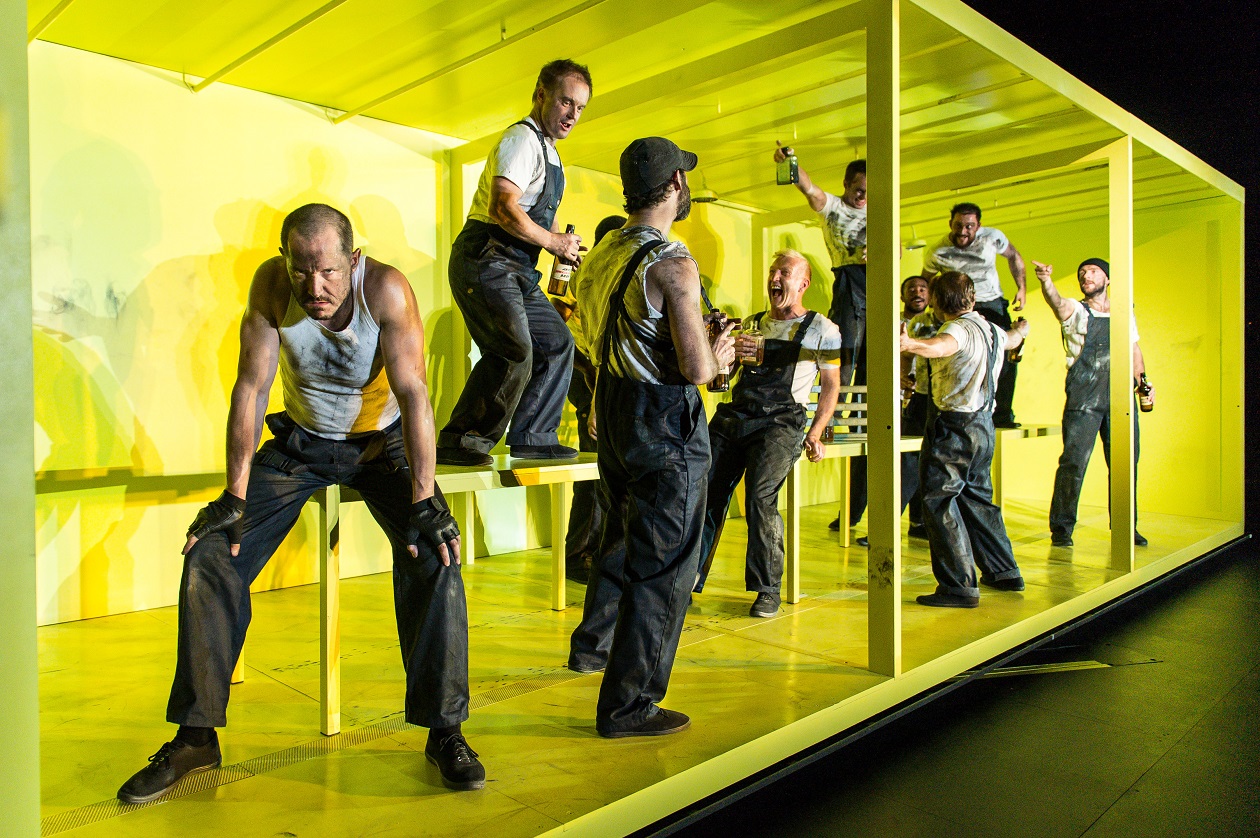 Bertie Carvel (Yank) and cast in The Hairy Ape at The Old Vic. Photo by Manuel Harlan

March 9, 1922, New York City: After the final curtain had fallen on the premiere of The Hairy Ape at the Provincetown Playhouse, a cramped theater space in the heart of Greenwich Village, the audience leapt to its feet. Louis Wolheim, who played the anti-hero Robert “Yank” Smith, received a deafening ovation, and the packed auditorium then echoed with cries of “Author! Author!” Their shouts carried on after the house lights went up; but once it became clear that the “author” wouldn’t be appearing, everyone slowly headed for the exit, still eagerly glancing over their shoulders for a potential last-minute, delayed entrance by playwright Eugene O’Neill.

A glowing New York Times review was printed the next morning, in which the theater’s auditorium was described as “packed to the doors with astonishment . . . as scene after scene unfolded.” Though the Times’ critic, Alexander Woollcott, contended that O’Neill’s script was “uneven,” he nonetheless acknowledged that “it seems rather absurd to fret overmuch about the undisciplined imagination of a young playwright towering so conspicuously above the milling mumbling crowd of playwrights who have no imagination at all.”

O’Neill’s mélange of dialect writing, his melding of dramatic techniques, and his terrifying indictment of the industrial world arguably made The Hairy Ape the most revolutionary American play yet performed on a stage. The Hairy Ape, his friend and future producer Kenneth Macgowan breathlessly declared after attending its opening, “leaps out at you from the future.”

When the thirty-three year old playwright first read his script to the Provincetown Players, the avant-garde “little theater” company who’d discovered his talent back in 1916, he did so without theatricality or embellishment. But after slowly muttering the last lines, he stood up, faced the assembly and shouted, “This is one the bastards [uptown on Broadway] can’t do!” Stunned by the play’s bold originality, the Players all cheered in agreement. Of course they soon realized that the commercial “bastards” would, inevitably, produce the play. And when it opened on April 17, 1922, at the Plymouth Theatre on Broadway, O’Neill’s name shone upon the marquee in electric lights as a heady draw for uptown theatergoers. This fact alone was an extraordinary leap for an American playwright—the marquee was where the star’s name went, never the playwright’s. Broadway plays had nearly always been written and produced with moneymaking stars in mind, and their authors were principally viewed as hired guns rather than artists.

The Hairy Ape builds upon the thematic structure of O’Neill’s pioneering “race play” The Emperor Jones, which also enjoyed a popular run on Broadway after its 1920 downtown premiere. Each takes place over eight scenes, during which the protagonists are incrementally stripped of their grandiose delusions. Of the two, however, The Hairy Ape notably contains a more all-inclusive catalogue of O’Neill’s grievances against the unstoppable tide of technological “progress”—class conflict, materialism, alienation from the self and society, dehumanization, and disillusionment. “I have tried to dig deep in it,” O’Neill said of his newest achievement, “to probe in the shadows of the soul of man bewildered by the disharmony of his primitive pride and individualism at war with the mechanistic development of society.”

The Hairy Ape was bestowed rave notices after both the Greenwich Village and Broadway productions, yet much of the after-hours barroom chatter revolved around the play’s uncertain style and its origins. New York’s drama critics had vaguely heard of European expressionism, but not many had actually witnessed it aside from O’Neill’s The Emperor Jones (which few at the time identified as expressionism) and the Hungarian Ferenc Molnár’s Liliom (1909), a play just translated into English and produced by New York’s Theatre Guild the previous summer.

Even after The Emperor Jones, O’Neill was still largely identified with his naturalistic dramas based on life at sea, which as a young man he’d experienced firsthand. The Pulitzer Prize was awarded to O’Neill’s naturalistic sea play “Anna Christie” in the same year The Hairy Ape appeared, and two years earlier he’d won his first Pulitzer for Beyond the Horizon, also a work of naturalism. The school of literary naturalism is a grittier form of realism (the two terms are often mistakenly interchanged), which believably renders the philosophy that an individual’s fate is determined by biological, historical, circumstantial, and psychological forces beyond their control. But by the 1920s, O’Neill had found naturalism too limiting for his imaginative scope.

“Naturalism is too easy,” he said in 1924. “It would, for instance, be a perfect cinch to go on writing Anna Christies all my life. I could always be sure to pay the rent then….Shoving a lot of human beings on a stage and letting them say the identical things in a theatre they would say in a drawing room or a saloon does not necessarily make for naturalness. It’s what those men and women do not say that usually is most interesting.” Hence his adoption of, or semi-conscious appropriation of expressionism, a method that originated with Central and Northern European dramatists such as Molnár, Germany’s Frank Wedekind, and Sweden’s August Strindberg (O’Neill’s self-styled mentor). Expressionist plays depict grotesque exaggerations of character and setting in order to represent distorted psychological states. Also unlike naturalistic plays, they “express” inner conflict through fantastical staging: “King Lear is given a storm to rant in,” one of the Provincetown Players explained, whereas “the Expressionist hero in anger walks on a street, and all the perspectives of the walls, windows and doors are awry and tortured.”

O’Neill’s true innovation, though, was to combine the two. “It isn’t Expressionism,” he remarked of The Hairy Ape. “It isn’t Naturalism. It is a blend—and, as far as my knowledge goes—a uniquely successful one.” (He nevertheless instructed that the set designs “must be in the Expressionistic method.”) It was this merger, what he later termed “super-naturalism,” that would prove to have the longest lasting impact on theater history. Throughout what O’Neill called the “Mad Twenties,” he kept working in this style with plays like All God’s Chillun Got Wings (1923), Desire Under the Elms (1924), The Great God Brown (1925), and Strange Interlude (1927), which won him a third Pulitzer. The Hairy Ape thus signaled O’Neill’s complete transformation from an unruly naturalist to one of the consummate avant-garde modernists of the 1920s, and ultimately led to his becoming, in 1936, a Nobel laureate.

As late as 1946, after O’Neill’s writing career was cut short by an incapacitating, ultimately fatal neurological disease, a reporter asked him which of his plays he “liked the best.” He responded that this was really two questions: which play he liked the best and which he thought was the best. For the second question, he hedged a bit, but named The Iceman Cometh (its Broadway premiere was about to open). For the first, O’Neill was unequivocal: “I like The Hairy Ape.”

Robert M. Dowling is the author of the new biography Eugene O’Neill: A Life in Four Acts, which was a finalist for the Los Angeles Times Book Prize for Biography in 2014. 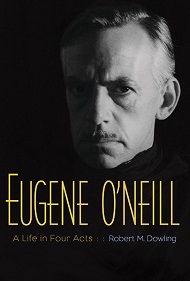