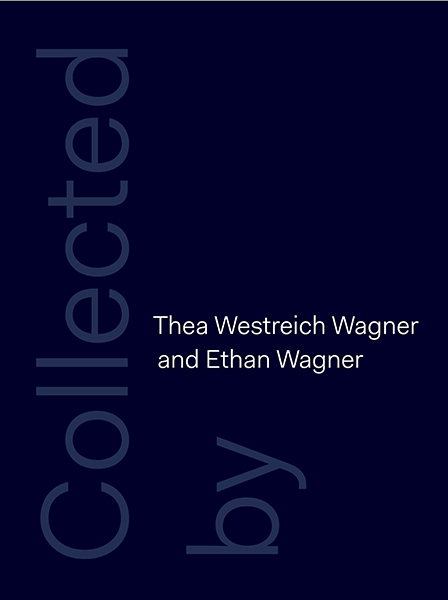 For more than 30 years, Thea Westreich Wagner and Ethan Wagner have devoted themselves to contemporary art, and through their passion and acumen have assembled an extraordinary collection. This fall, the Whitney Museum of American Art is publishing a handsome, illustrated volume that is the first to document the collection of Thea Westreich Wagner and Ethan Wagner, more than 850 artworks in all media (that have been promised to the Whitney and the Centre Pompidou, Paris). Artists represented include Lee Friedlander, Robert Gober, Jeff Koons, Christopher Wool, Ryan Gander, and Bernadette Corporation, among others, and the works span from the 1950s to 2014.  Works will be on view in an exhibition at the Whitney from November 20th until March 6th, 2016.

What follows is an excerpt from an insightful and engaging interview with Thea Westreich Wagner and Ethan Wagner, printed in its entirety in Collected by Thea Westreich Wagner and Ethan Wagner, by Christine Macel and Elisabeth Sussman, with a contribution by Elisabeth Sherman (Distributed for the Whitney Museum of American Art).

Elisabeth Sussman:
This catalogue and exhibition celebrate the promised gift of nearly eight hundred fifty works of art to the Whitney Museum of American Art in New York and the Centre Georges Pompidou in Paris, a significant part of the collection that you, Ethan and Thea, have been building together as a couple for more than two decades, Can you describe how you began collecting?

Ethan Wagner:
Each of us started collecting on our own in the 1980s, and in that regard Thea’s story as a collector in the 1980s is quite remarkable. But before she gets to that it may be worth mentioning that we individually developed similar collecting traits or methodologies before we were a couple, and these approaches greatly influence how we go about collecting art together. Foremost, we’re both attracted to creative minds and are eager to learn directly from the artists that make work we find compelling. It’s the clearest way, at least for us, to understand an artist’s intentions, especially early in a career, before much has been written about a practice. And, perhaps connected to this, we both enjoy and have experience publishing artists’ books. Book projects provide a way for us to get even closer to the creative process—to be involved as the artist’s ideas and thinking develop. Then, too, we’re both inclined to collect artists in depth, to go along with their journey as long as we continue to find their work interesting, challenging, and affecting. However, most of the artists we’re drawn to sooner or later attain prices that make it difficult for us to manage financially. I suppose this circumstance is common to most collectors. Put another way, inevitably we must decide whether to purchase a work that will consume a large part of our available funds or use those funds to begin to acquire or continue to support younger or emerging artists. It can be gut wrenching to stop acquiring work that we love and admire. But it’s made somewhat easier by the fact that we’re both intrigued by discovery. We just seem to get off on the learning challenges posed by new expressions, new ideas, younger artists that may not have received a ton of attention yet.

Christine Macel:
Thea, how did you become involved in collecting? When and where did the journey begin?

Thea Westreich Wagner:
I lived in the Washington, DC, area from 1964 to 1978, married with three children. Once my children started school, I gradually became involved in the worlds of the performing and visual arts. I began to visit the exceptional art museums and galleries that Washington offers—the National Gallery; the Smithsonian, especially the Freer Gallery; the Phillips Collection—and then audited classes in art history. Ramon Osuna, the owner of Pyramid Gallery, an important DC gallery at that time, was an early influence. He introduced me to several artists, and I found those experiences stimulating. Soon thereafter I became a docent at the National Museum of American Art [now the Smithsonian American Art Museum], where Josh Taylor was the director. I also got to know Walter Hopps, the director of the Corcoran Gallery, who was another significant influence on my engagement with the visual arts. Spending time with him gave me insights into how to look at and think about art with an open mind. My first husband and I commissioned Philip Pearlstein to paint our portrait and Alice Neel our family portrait. Both experiences included significant amounts of time in the artists’ studios and furthered my interest in being with artists and experiencing firsthand how they went about their practices. For the Neel portrait, Dana, my middle child, wore red leggings and a brown jumper. Alice would never address her by name but would call her “Little Red Legs” —it used to drive Dana batty. We would go into the kitchen to get something to drink—Alice was not one to put out drinks or a bowl of snacks—and a cockroach or two could be seen crawling around. After seeing that, Lauren, my eldest, would refuse to leave her seat. Only Anthony, my youngest, seemed unfazed. [laughs] That little drama aside, it was a fascinating experience with Alice. 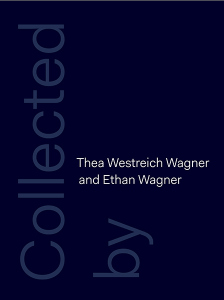