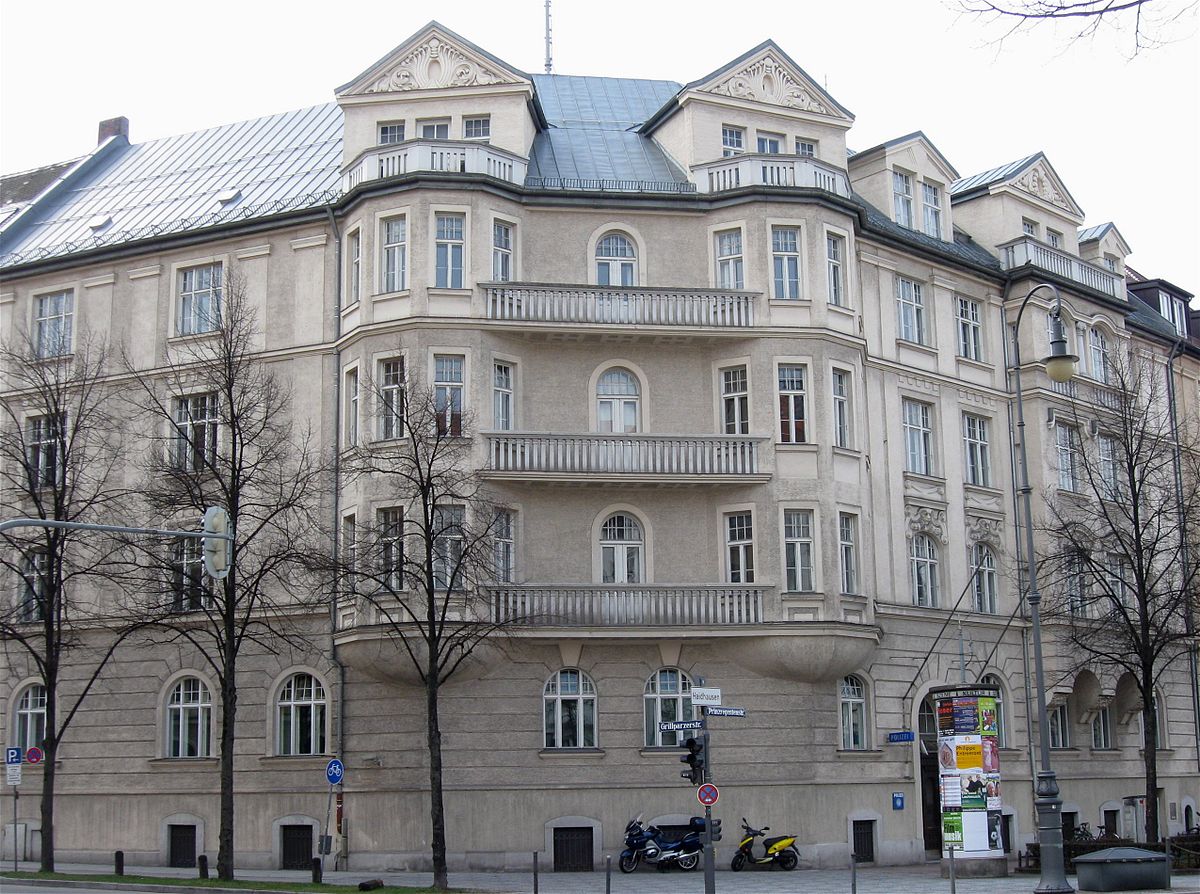 Featured photo in the public domain, courtesy of Wikimedia Commons

Adolf Hitler’s makeover from rabble‑rouser to statesman coincided with a series of dramatic home renovations he undertook during the mid‑1930s. In the brand-new book Hitler at Home, author Despina Stratigakos exposes the dictator’s preoccupation with his private persona, which was shaped by the aesthetic and ideological management of his domestic architecture.

Yale University Press: In your book Hitler at Home, you write that one event may have served as the cornerstone to spur the campaign to remake Hitler’s domestic image: the suicide of his twenty-three year old niece, Geli Raubal, on September 18, 1931. She was living with Hitler in his Munich apartment at the time, and killed herself using a pistol of his. When the body was discovered in their apartment, the newspaper coverage ran rampant. What impact did this have on how the Nazi party presented its leader’s private life to the public?

Despina Stratigakos: Before Geli Raubal’s death, Nazi spokesmen had focused on Hitler’s role as a political agitator of the masses and kept his private life out of view. The sensationalistic press stories that erupted with her suicide—including speculation as to what, exactly, the relationship had been between uncle and niece—put Hitler and his image makers on alert. They threatened legal action, as they had done previously with press stories about homosexuality among the Nazi party leadership. But more importantly, they realized how hard it is to control a media vacuum.

Not long after, in 1932, in the midst of a crucial election battle, Nazi publicists abandoned their strategy of avoidance and instead made the image of Hitler as a private man integral to their campaign. This turnaround was wildly successful, despite what some have considered meager material. I show how the Nazis fabricated stories to make the off-duty Hitler seem like an honorable and cultured man. Within a short period, the lurid rumors that had once attached themselves to Hitler’s domestic life, and that had exploded into public view with Raubal’s death, were overshadowed by the positive and popular image of a “homey” Hitler who loved dogs, sunshine, and pie.

YUP: Who were some of the key figures who became instrumental in remaking the image of the private Hitler as a “good man?”

DS: Nazi spokesmen such as Joseph Goebbels and Baldur von Schirach published testimonials lauding the private Hitler as a wonderful human being: friendly, modest, generous, refined, and kind to animals and children. But the photographs taken by Heinrich Hoffmann were crucial in making such assertions believable because they seemed to offer tangible proof. They were also extremely popular and helped to make Hoffmann a rich man. In 1934, the German Press Association reported that the most popular images purchased by the media in Germany and abroad were of Hitler at home playing with his dogs or with children. Early in the regime, that is what people wanted to see.

Gerdy Troost also played an important role in conveying, through the carefully arranged domestic interiors she designed for Hitler, an image of her client as a man of taste and culture. Here, too, seemed to be tangible proof of what Nazi propagandists were saying about the off-duty Führer, based on the widespread belief—still prevalent today—that our homes reflect our “true” selves.

YUP: How were the three dwellings (the Old Chancellery in Berlin, his apartment in Munich, and the Berghof, his mountain home on the Obersalzberg) selected as the locales for his makeover? What was the thinking for what each location would say about Hitler’s personal life?

DS: The Old Chancellery had been the official residence of the German chancellor since 1871. After being appointed chancellor in 1933, Hitler refused to move into the building unless it was completely renovated because he was sensitive to what this “shabby” palace (in his eyes) would say about him. The chancellery was in the heart of the government district, and Hitler felt that these buildings, including the chancellor’s residence, had a role to play in reclaiming Germany’s lost diplomatic prestige following the First World War.

The luxury apartment he rented in Munich also made a statement, this time directed to the city’s social and economic elite, whom Hitler needed to woo to his cause in the early years of his rise to power. It was his home on the Obersalzberg, however, that became associated in the public’s mind with the off-duty Führer, the private man. Here, the abundance of nature, sunlight, and the simple life, as depicted by Nazi publicists, was woven into an enchanting story about Hitler’s “true” nature and the good life he offered to Germans at the end of a long road of sacrifice and struggle.

YUP: Gerdy Troost was the lead interior designer, in charge of renovating and directing the look of his three residences. Very little has previously been written about her, and in research for the book you plumbed some newly discovered archival materials. Can you tell us a little bit about your research process in learning about Gerdy Troost? And why do you think that so little of her history has been previously revealed?

DS: It has taken me years to piece together her history, in part because after the war she wanted to be forgotten—unlike Leni Riefenstahl, who continued to pursue the limelight. Despite her highly public profile during the Third Reich, Troost succeeded in disappearing from most history books. At the same time, historians must also shoulder some of the blame for having too often overlooked the role women played in the regime, sometimes at the highest echelons.

YUP: Some journalists at English-language magazines were subsequently faulted for buying into the propaganda, and fueling this false image of Hitler by publishing the images and stories. How did this come to pass and was there a reckoning or reversal for any of the media outlets?

DS: Not only did some journalists working for the English-language media buy into the propaganda, but, on occasion, they reproduced it almost verbatim. We know that in the mid-1930s, there were many readers and writers sympathetic to Hitler outside of Germany. But that alone doesn’t explain the phenomenal appeal of stories about Hitler’s private life. The 1930s marked the rise of celebrity culture in the era of talking movies, radio and new lifestyle magazines. Whether it was movie stars or famous politicians, people longed to know what the private person was like behind the public facade. Hitler’s propagandists took advantage of the new celebrity culture and even helped to shape it.

About a decade ago, IPC Media, which now owns Homes and Gardens, found itself in a controversy over what some claimed were its attempts to censor public awareness of the glowing portrayal of Hitler it had published in a 1938 article. But such reckonings are rare, and, as IPC Media itself pointed out, Homes and Gardens was hardly alone in spreading Nazi propaganda at the time.

YUP: What was the postwar status of the homes? Are journalists, collectors, and the general public still involved with these sites?

DS: After the war ended, Hitler’s homes in Bavaria were thoroughly looted (the fate of the contents of the Old Chancellery, which fell into Russian hands, is harder to determine). These pieces have been dispersed globally, with most ending up in the United States, Britain, France, and Germany. Today they are part of a highly lucrative market in Nazi memorabilia, and Gerdy Troost’s designs are particularly sought after by collectors. Some of Hitler’s domestic objects, brought home by soldiers returning after World War II, have ended up in museum collections, where they are almost never exhibited.

On the Obersalzberg, a fierce debate broke out in the early 1950s over what to do with the Berghof, Hitler’s home, which had been bombed at the very end of the war in Europe. One enterprising American businessman wanted to relocate the ruins to his hotel in the Rocky Mountains. In 2005, the opening of a luxury wellness hotel near the site of Hitler’s former home stirred new controversy. The Munich apartment was undamaged in the war and is still around, causing headaches for the authorities. The story of Hitler’s homes is far from over.

Despina Stratigakos is associate professor and interim chair of architecture at the University at Buffalo, State University of New York. 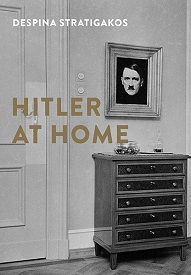