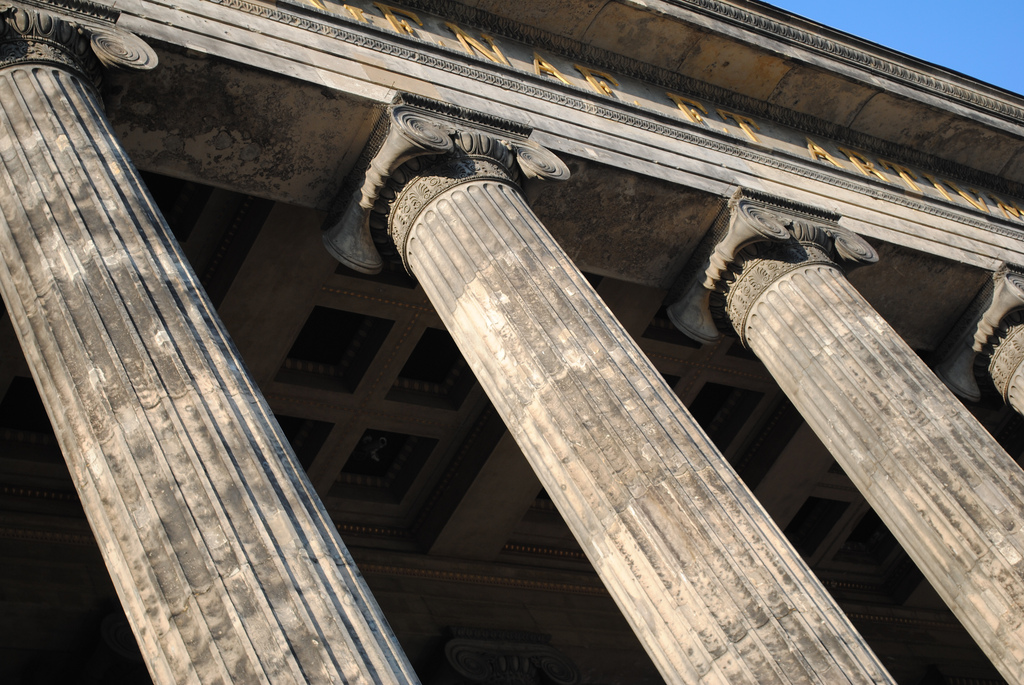 So much in the news these days refers to culture, culture clashes or culture wars, cultural identity, and cultural purity. The meaning of “culture” seems to be expansive and flexible, applied to just about any and every human gesture, expression, or endeavor. Terry Eagleton, the brilliant and often controversial British theorist, critic, philosopher, and all around smart guy, has made a number of compelling attempts to define “culture,” or at least to help clarify its parameters and significance.

His most recent effort, Culture, is a very lively and surprisingly accessible book. Its treatment of the subject features some thought-provoking musings on topics that range from religion and terrorism to Edmund Burke, Oscar Wilde, T. S. Eliot and Monty Python. His shrewd and sometimes humorous observations on culture would seem to be especially poignant for Americans today, as the country finds itself in the midst of a particularly bizarre and bitter presidential election. On some level, the election itself comes down to a cultural conflict of nepotism whose weaponry consists mainly of barbed iconography—that of privileged white male hegemony versus feminist-tinged social advocacy.

Eagleton addresses in the book issues of mass culture, and how in recent years the distinction between culture and society has grown increasingly uncertain. “Politics became increasingly a matter of image, icon, style, and spectacle,” he notes in Culture. “Commerce and production relied more and more on packaging, designing, branding, advertising and public relations. Personal relationships were mediated by technological texts and images.”

Eagleton’s critique of contemporary culture can be scathing at times, but he is never really cynical or disparaging. Elsewhere in the book he writes, “Culture can be a model of how to live, a form of self-fashioning or self-realization, the fruit of a coterie or the life-form of a whole people, a critique of the present or an image of the future.”

Born in Salford, England, in 1943, Eagleton was raised a Roman Catholic by parents with Irish roots, has lived in Dublin, and currently resides in Northern Ireland; he has written extensively over the years about Irish politics and culture. Early on he took an interest in socialist causes and while still a student edited Slant, a radical Catholic leftist periodical. He studied at Oxford and embarked on a teaching career, while remaining active in leftist politics. In 2001, he was appointed chair of Cultural Theory at the University of Manchester. Today, he is a professor of English literature at Lancaster University.

In some respects, Culture is a follow-up to his 2000 book The Idea of Culture [Blackwell Publishers, Oxford, UK; and Malden, Mass. USA]. It was this wonderful book that caused Eagleton to become one of my favorite writers. Among its many themes, the earlier study explores the differences between nature and culture. I reviewed the book that same year for Lacanian Ink, a journal focused primarily on psychoanalysis and art [Lacanian Ink 17 / “Aesthetics,” Josefina Ayerza ed., NYC, 2000]. Titled “Cultural Ideation: Recent Works by Tunga and Terry Eagleton,” the piece was part of a series of articles I wrote for the publication pairing theorists and artists. In this case, I chose the renowned Brazilian artist Tunga to match with Eagleton. The artist had recently presented in Rio de Janeiro a new series of street performances, sculptures, and installations that addressed homelessness, and seemed to echo or parallel a number of concepts featured in the book; plus, Terry Eagleton was a writer Tunga admired.

Over the years, I wrote extensively about Tunga’s art, and we eventually became friends, visiting each other in New York and Rio on a number of occasions; and we also collaborated on a 2012 article for Art in America, ”Poetic Glue.”  In June of this year, as I was enthralled by Terry Eagleton’s new Culture, I received word of Tunga’s relatively sudden and unexpected death, at age 64, from cancer, in Rio on June 6, my birthday. The connection with Eagleton therefore was reinforced, and forever will be, at least in my mind.

Recently, I interviewed Eagleton by phone, while he was at his home in Northern Ireland. Before beginning our discussion of Culture, I mentioned Tunga’s passing. With Eagleton’s gracious consent, we have illustrated this interview with recent art works by Tunga, as a tribute to one of Brazil’s most extraordinary and beloved artists.

David Ebony: I reviewed your book The Idea of Culture in 2000, in Lacanian Ink, the journal edited by Josefina Ayerza, a great admirer of your work, by the way. I paired your book with then-recent works by the great Brazilian artist Tunga, who was working with the homeless in Rio then.

Ebony: As I was preparing this interview, I heard that Tunga died last week in Rio.

Eagleton: Oh, so sorry to hear it.

Ebony: I wonder, how has your concept of culture changed or evolved since The Idea of Culture?

Eagleton: I haven’t looked at the first book for a while. I deliberately didn’t look at it when I was writing this one. I think the idea of culture as the seedbed of power was something I thought more about, and especially in reference to [18th-century Irish statesman and political theorist] Edmund Burke. The relationship between culture and political power was not really developed in the earlier book, and I never brought Burke into the argument.

Ebony: I think the new Culture is one of your most accessible books. It’s very funny at times. You have lines like those that are part of the discussion of nature—“It is natural to be alarmed by a sudden wild shrieking in the night. Or to dislike Russell Crowe.” Poor Russell Crowe.

Eagleton: I hardly know who Russell Crowe is! I normally mention Tom Cruise in a context like this, but I decided to give him a break—a smile break—for a while.

Ebony: Then there’s the line, “Most of us do not find private aircraft indispensable for survival, but one suspects this may not be true of Madonna.” Are you deliberately introducing humor in your work as a subversive tool?

Eagleton: I think my early work as a young man was rather solemn and high-minded. But I grew up with an Irish background, with its comedians, actors and performers, and the sense of humor was there. But it took a long time to come through, buried as it was in my English education. As I moved to early middle age I found the knack of being funny, at least in writing and in lecturing. It can be congenial, and a point of contact. In fact, I’ve actually just written a book on humor—to be part of the Yale University Press series. I’ve also done a book on materialism. I actually have the opposite problem of most people—I write too much. To my great embarrassment, I have to pretend that I have to finish a book. The truth is, I have about a half dozen in the pipeline. The humor book will come out next.

Ebony: For me, the touches of humor had the effect of relaxing me, making me more receptive to the often challenging concepts you introduce.

Eagleton: In writing and in lecturing there can hardly be a more effective method than to add some humor, enabling you to more easily get some points across. With students the intimidation factor is quite high. And some audiences and readers are easily daunted when faced with new material and ideas. Humor can always help.

Ebony: In the book, you mention Claude Levi-Strauss and his statement in Triste Tropiques, “To feel one’s way into other cultures is to grasp one’s own form of life more fully.” What is your feeling about the relationship between culture and anthropology?

Eagleton: Culture becomes an anthropological concept in the 19th century, and I suppose it’s hard to disentangle anthropology from its imperialist heritage. There’s a similar sense that the word “culture” has been contaminated, too, especially by right-wing nationalism. The term suggests a unitary phenomenon, “a culture,” which, in the wrong hands, gliding over inequalities and differences, could be quite sinister, and dangerous. Like many key terms, it has its limits.

Ebony: With your Catholic background, how did you wind up living in Northern Ireland?

Eagleton: I lived in Dublin for about 20 years. I’m living in Northern Ireland now simply because my wife teaches at the University of Ulster. Ireland has always been on my mind when I have been thinking about culture. Culture, in the narrower sense, not the anthropological sense, is perhaps Ireland’s chief export. Ireland is neutral, not part of NATO, and culture is very important, and important to the Irish economy.

The term “culturalism,” however, displaces political and economic matters, as in Northern Ireland, as I mention in the book. With two cultural traditions—catholic and protestant—culture becomes a rather anodyne term, smoothing over huge inequities. It conceals more than it reveals. Culture in this sense can be used in a sleight-of-hand way.

I see the book as a sort of warning about too tight of a focus on the concept of culture. It is fashionable now to look at culture, and treasure it. But one has to be alert to its limits. That’s part of what I’m trying to do.

Ebony: You mention in the book that if culture is what allows us to thrive and flourish, it is also “what men and women are prepared to kill for.” These thoughts, of course, have particular resonance today, in light of the recent horrific terror attacks in Brussels, Paris, Orlando, Nice, and so on.

Eagleton: Once again, it’s rare that negative aspects of culture are emphasized. Culture can be a more dangerous concept than we think. It’s more dangerous than people realize, and then there are some people who think of culture only in terms of Bach and Beethoven.

Ebony: So do you view terrorism as primarily a cultural phenomenon?

Eagleton: It is political, but it takes a cultural form, or a religious form. It’s part of the atrophy of the system, and enacted by those outside the system. But I’d say it is rooted in anxiety rather than hatred. Anxiety of course can give rise to hatred, and it does in this case. It is the lethal ideology of those who feel washed up, left behind, passed over, humiliated, those who can no longer cope with the world.

The problem is that the world has become polarized sharply between those who believe too little and those who believe too much. Fundamentalists believe too much and bounce off—and are in a sense created by—a faceless, pragmatic, secularized Western system. The fundamentalists then react by clinging to their own sometimes archaic belief systems as a form of counter-identity. Each camp paints the other into a corner. It’s a kind of stalled dialectic between them. 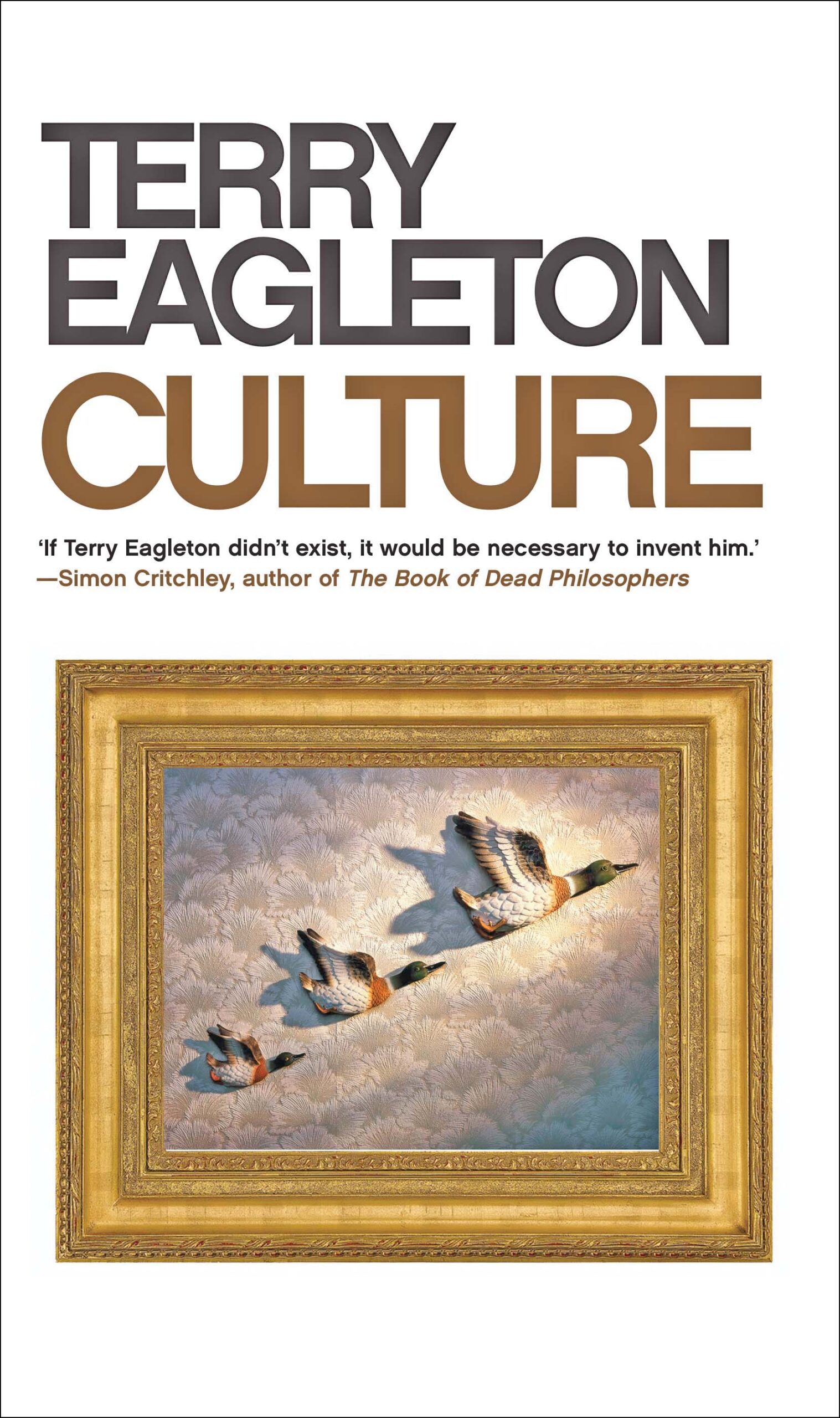