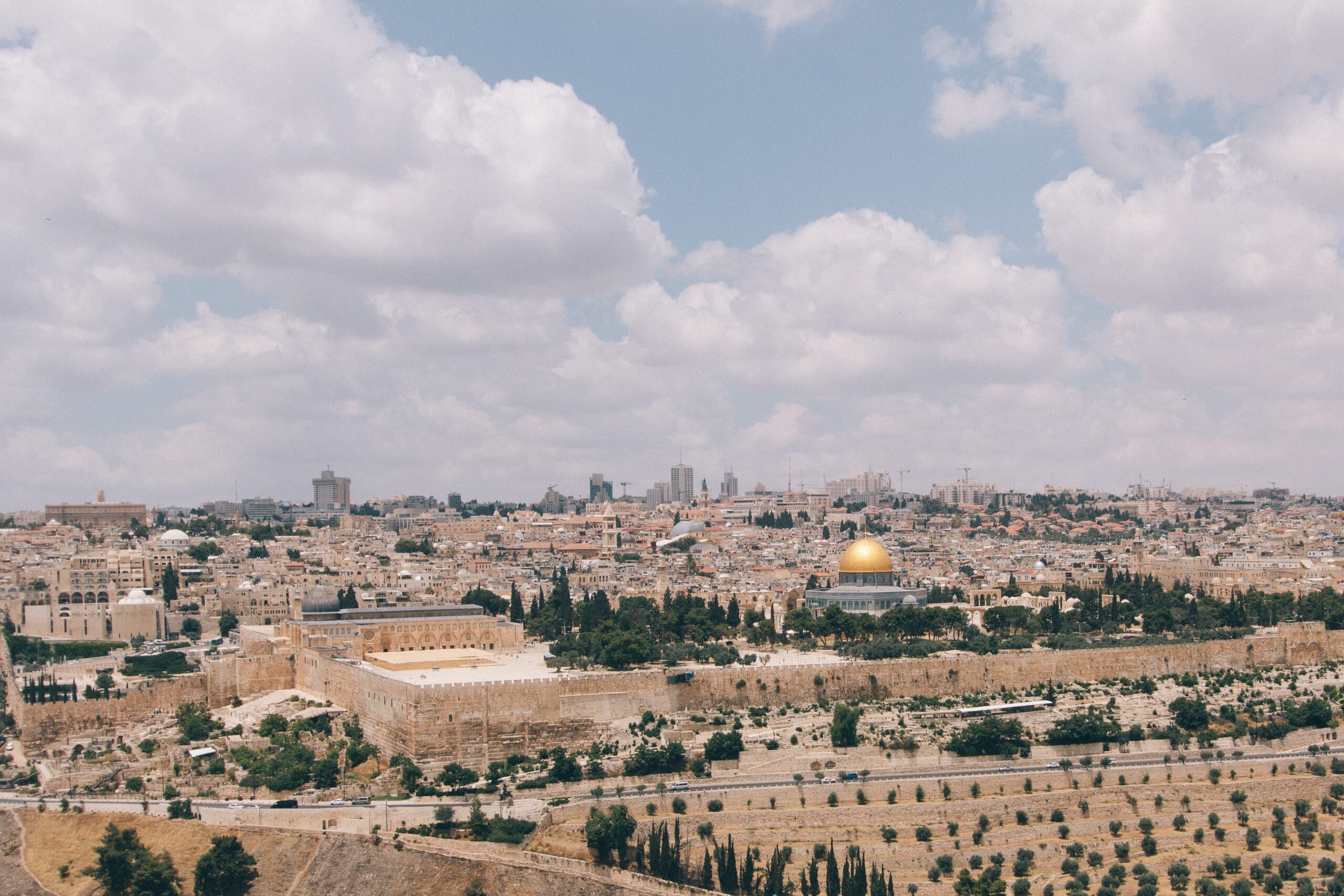 Middle East specialists of a hundred years ago have traditionally been philologists trained in a dozen or more Middle Eastern languages, including Latin and Greek, but also the obligatory Hebrew, Aramaic, Arabic, Turkish, and Persian among others. Today, many of the luminaries of this venerable area of inquiry can often make due with their native languages, usually English. So, it may not be unfair to suggest that our modern failures of interpretation and understanding and analyses of things Middle East might have at their heart failures of language; a fundamental ignorance of the cultures, ideas, and ailments of the Middle East; a direct outcome of fundamental conceits of a field in deficit of knowledge, and a region in crisis.

And so, it is often the case that academics, pundits, political practitioners, and journalists invested in matters Middle East use language and taxonomies rather frivolously, inconsistently, and end up feeding both Middle Eastern and Western audiences falsehoods and distortions about the region, its identities, and its history, reflecting biases and misconceptions which consequently become reflections of realities with no foundation in reality.

The Middle East’s political history of the past one hundred years (and by association the field representing this history) has been one defined by Arab nationalist sensibilities, beholden to assumptions that deem all Middle Easterners Arabs, and by association and abusive terminology, deems all of those to be Muslim. Therefore, “Arab world,” “Muslim world,” and “Middle East” have become almost synonymous designations, and there has seldom been a motive in the past one hundred years to question these terms’ suitability or veracity—be it in the media, in the academy, in public discourse, or in popular perceptions.

Yet this remains a clichéd and misleading depiction of the Middle East, which, its dominant Arab (and Muslim) character notwithstanding, remains home to tens of millions of peoples who are not Arab or Muslim, who do not define themselves as Arabs or Muslims, who speak languages other than—or in addition to— what is termed Arabic, and who are not particularly “in sympathy with the aspirations of the Arabic-speaking [or Muslim] people.” (This is a snippet borrowed from the Arab League’s definition of an “Arab” person.)

Indeed among an estimated 300 million presumptive Arabs throughout the Middle East today, there are some 15 million Kurds, 15 million Copts, and tens of millions of Jews, Armenians, Sudanese, Maronites, Assyrians, and others still, who may be gifted native users of the Arabic language, some of whom committed practitioners of Islam, but who all maintain non-traditional—often problematic—relationships with both Arabism and Islam, and who may take great umbrage at being defined as Arabs, or for that matter Muslims.

But that is the dominant narrative of Middle East studies today, and this “smugness” is reflected in even the most innocuous incarnations of Arab nationalist thought. To wit, a leading ideologue of Arab nationalism, Omar Farrukh—a Lebanese scholar who lived and wrote in the second half of the twentieth century—argued that it is irrelevant should, say, Iraqis deem themselves a hybrid of Aramaeans, Persians, Kurds, Turks, Indians, and others: “they still are Arabs, in spite of their racial diversity [even in spite of themselves,] because ultimately the overriding factor in their identity formation is the Arabic language.” (Omar Farrukh, Al-Qawmiya al-Fusha [Modern Standard Arabic Nationalism], Beirut: Dar al-‘Ilm lil-Malaayeen, 1961)

Likewise, Farrukh stressed, the inhabitants of today’s Morocco, Algeria, Libya, and elsewhere in Northern Africa, may very well be a mix of Berbers, Africans, Spaniards, and Franks; “but by dint of the Arab nation’s realities [sic.], they all remain Arabs shorn from the same cloth as the Arabs of the Hejaz, Najd, and Yemen.”

Sati’ al-Husri (1880-1967,) a Turkish-speaking Syrian writer and spiritual father of linguistic Arab nationalism, lectured throughout the 1950s and 1960s on how one is an Arab pretty much because he [Husri himself] so decreed.  Husri famously wrote that:

Every person who speaks Arabic is an Arab.  Every individual associated with an Arabic-speaker or with an Arabic-speaking people is an Arab.  If he does not recognize [his Arabness]… we must look for the reasons that have made him take this stand…  But under no circumstances should we say “as long as he does not wish to be an Arab, and as long as he is disdainful of his Arabness, then he is not an Arab.”  He is an Arab regardless of his own wishes, whether ignorant, indifferent, recalcitrant, or disloyal; he is an Arab, but an Arab without consciousness or feelings, and perhaps even without conscience. (Abu Khaldun Sati al-Husri, Abhaath Mukhtaara fi-l-Qawmiyya al-‘Arabiyya (Beirut: Markaz Diraasaat al-Wihda al-‘Arabiyya, 1985)

Husri was aware, indeed he was proud, of the fascistic impulses of his brand of nationalism. In fact, he bragged about the Arabism that he yearned for as one that had to exude totalitarian rigidity and regimentation in order for it to triumph: “we can say that the system to which we should direct our hopes and aspirations is a Fascist system,” he famously wrote. (William Cleveland, The Making of an Arab Nationalist; Ottomanism and Arabism in the Life and Thought of Sati- al-Husri, 1972)

But if Husri had emitted a soft-fascism in his advocacy for a forced Arabization, his disciple Michel Aflaq (1910-89), the Damascene Christian founder of the Arab Baath Party, promoted outright violence and called for the extermination (his exact word in Arabic was “Ibaada,” extermination) of those users of the Arabic language who refused to conform to his prescribed compulsory Arab identity.  Arab nationalists must be ruthless with those members of the nation who have gone astray from Arabism, exhorted Aflaq,

They must be imbued with a hatred unto death, toward any individuals who embody an idea contrary to Arab nationalism.  Arab nationalists must never dismiss opponents of Arabism as mere individuals…  An idea that is opposed to our own does not emerge out of nothing!  It is the incarnation of individuals who must be exterminated, so that their idea may in turn be also exterminated.  Indeed, the presence in our midst of a living opponent of the Arab national idea vivifies it and stirs the blood within us.  And any action we may take [against those who have rejected Arabism,] any action that does not arouse in us living emotions, that does not make us feel the orgasmic shudders of love (Ar. “ra’shat al-hubb,”) that does not spark in us quivers of hate, and that does not send the blood coursing in our veins and make our pulse beat faster is, ultimately, a sterile action. (Michel Aflaq, Fii Sabiil al-Ba’ath, 1959)

The sexual phraseology here is neither coincidental nor ornamental. These are some of the foundational tenets of Arab nationalism and the Arabist narrative of Middle Eastern history as elaborated by Aflaq, Husri, and their cohorts: hostility, rejection, negation, brazen calls for the annihilation of the non-Arab “other” (and his cultural symbols and historical artifacts,) and promises of carnal reward for those who mete out the act of “extermination.”

All of the preceding conceits are framed upon an assumed linguistic unity of the Arab peoples; a unity which a priori presumes the Arabic language itself to be a single, unified, cohesive speech-form, native to all members of the presumptive Arab nation. Yet, this is also a distortion of an otherwise very complex linguistic situation. Indeed, what is normatively referred to as Arabic—and what linguists refer to as Modern Standard Arabic—is nobody’s natively spoken language. Yet this is the language that Arab nationalists deem “Arabic”; spoken languages are dismissed by them as “dialects,” deformations of an otherwise venerable “Arabic.” Yet many Middle Easterners maintain that their “deformed” speech forms are languages in their own right: “Egypt has an Egyptian language,” wrote Tawfiq Awan in 1929; likewise “Lebanon has a Lebanese language, the Hijaz has a Hijazi language, and so forth—and all of these languages are by no means Arabic languages. Each of our countries has a language, which is its own possession: So why do we not write [our spoken language] as we converse in it? For, the language in which the people speak is the language in which they also ought to write.” (Israel Gershoni and James Jankowski, Egypt, Islam, and the Arabs: The Search for Egyptian Nationalism, 1900-1930)

In the end, “ethnic terms are notoriously difficult to define,” famously wrote Bernard Lewis, “and ‘Arab’ is not among the easiest.” (Bernard Lewis, Arabs in History 2002) If the identifying factor in identity is language, noted Lewis, then one wonders if an “Arabic-speaking Jew from Iraq [… or an] Arabic-speaking Christian [from] Egypt or Lebanon [can be deemed] an Arab.” Lewis concludes that, to such questions, “the enquirer could receive different answers amongst these people themselves and among their Muslim neighbors.” But this is a puzzle that seems to have been settled decades earlier (even though modern experts choose to ignore this fact.) In the late nineteenth-century, long before the passions of Arab nationalism had come to dominate historical writing on the Middle East, French anarchist historian Elisée Reclus noted that,

The populations of Syria and Palestine, alleged to be “Arab” by some, scarcely warrant this appellation; a designation justified only by way of [an abusive labeling of] spoken dialects [as Arabic]. Otherwise, these populations issue from the ancient inhabitants of the region, and the conquerors erupting from Arabia were never able to stamp out the indigenous cultures [of the Levant]; indeed [the Levantines] were left to their own devices, to their fields and their homes, with the Arabs only demanding tribute […] The majority of Syrians might have made haste converting to the Muslim faith [at a later time,] to the same extent that they might have converted to Christianity in an earlier period, under the Byzantine empire. But their conversion to the religion of Mohammed was hardly more heartfelt or deeper than their previous switch from Paganism to Christianity a few centuries earlier. (Élisée Reclus, Nouvelle Géographie Universelle; La Terre et les Hommes, 1884)

On this point, the Brill Encyclopedia of Arabic Language and Linguistics notes that:

Before the movement of Arabs out of Arabia and across the Levant, Mesopotamia, and North Africa, the area now [generically] called the “Arab world” had hosted many other cultures, including the Sumerians, Babylonians, Assyrians, Phoenicians, Ancient Egyptians, Persians, Greeks, and Romans. […] The legacies of those [pre-Arab] pre-Islamic peoples and cultures did not all simply disappear with the advent of the Muslim Arabs. […] Some peoples of the region resisted the forces of Arabicization, Islamicization, or both; even among those who underwent both these processes, this was not always accompanied by a total abandonment of their earlier culture. Thus, there are still pockets across the [presumptive] Arab world using languages other than Arabic and practicing religions other than Islam, and there are still groups convinced that their ancestors belonged to a people different from those of their [Arab and Muslim] neighbors. (Encyclopedia of Arabic Language and Linguistics, Managing Editors Online Edition: Lutz Edzard; Rudolf de Jong, Brill, 2011, Brill Online, BOSTON COLLEGE, 30 August 2011)

Perhaps the rending modern Middle East of our times deserves the nuance, the discipline, and the measured language and taxonomy with which the philologists and historians of a mere century ago approached the region, parsed it out, and interpreted it to the perplexed. Perhaps “the other Middle East” left out of traditional history books warrants another look.

Franck Salameh is associate professor of Near Eastern studies at Boston College and the author of Language, Memory, and Identity in the Middle East. 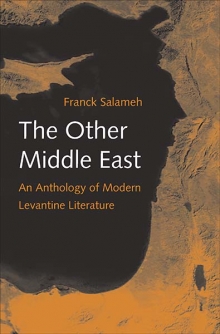