Mançur Lloyd Olson Jr.— At least after they reach a certain point, distributional coalitions have an incentive to be exclusive. In the case of collusive oligopolists or others that operate… READ MORE

Why I Write Series Giveaway

Enter for a chance to win the entire Why I Write series of books from Yale University Press! THE PRIZE A collection of short ruminations from some of greatest writers… READ MORE

Sumana Roy—  It seems so natural, in dreams and folk tales, that humans should be reborn as trees. On a bus to nowhere, I sat next to a man who… READ MORE 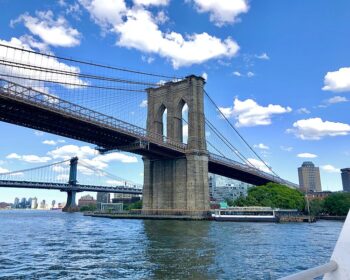 Manifestations of Force: A Conversation with Henry Petroski

In Force, celebrated author Henry Petroski delves into the ongoing physical interaction between people and things. Drawing from a variety of disciplines Petroski makes the case that force—represented especially by… READ MORE

Subhashini Kaligotla— A significant number of ancient Indian temples fall under the jurisdiction of the Archaeological Survey of India (ASI). These tend to have the hushed feel of museums, with… READ MORE

Ep. 91 – A Conversation About Architecture and Politics at MoMA in the 20th Century

In this episode of our podcast, we talk to architectural historian Patricio del Real about his new book, Constructing Latin America: Architecture, Politics and Race at the Museum of Modern… READ MORE

The Neighborhood as Social Network: Excerpt from The Little Street

Megan A. Sullivan— Abstract art has never been one. From its very inception in the early twentieth century, qualifiers have been employed by both artists and scholars so as to… READ MORE

Margaret Carroll— Hieronymus Bosch is best known for his inventive depiction of fantastical scenarios, for example, his The Temptation of Saint Anthony (c. 1500), in which myriad demonic creatures torment their… READ MORE