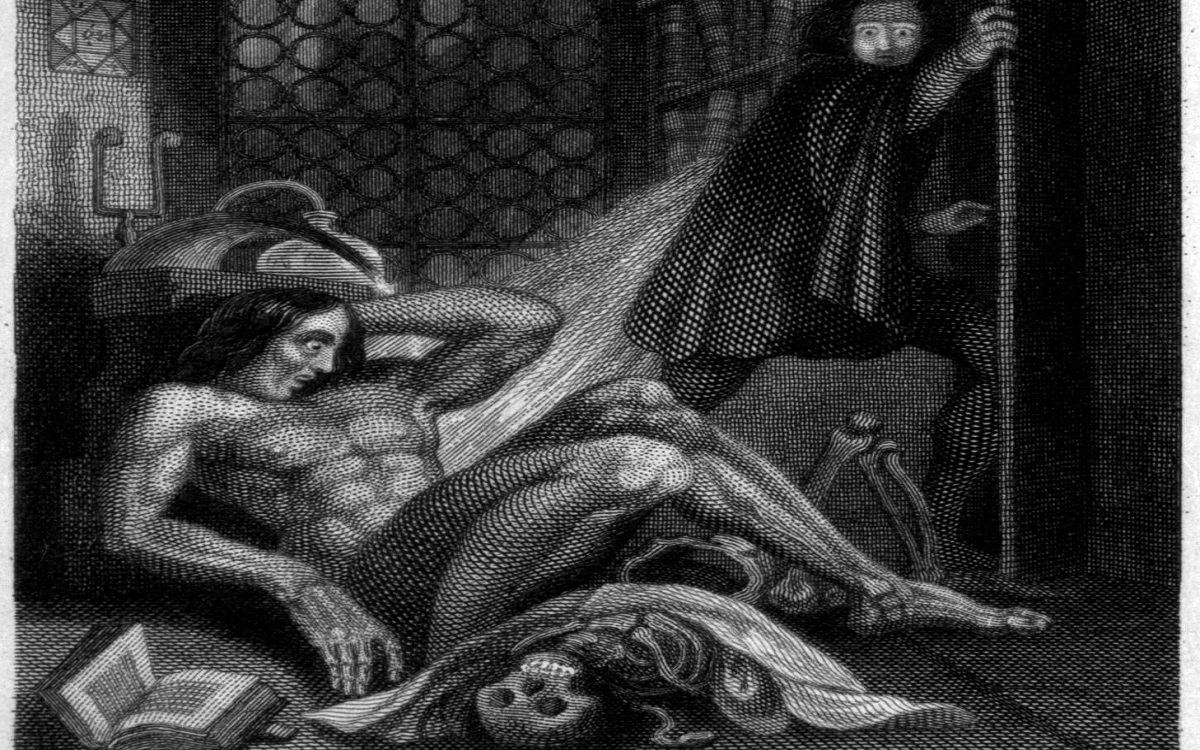 One autumn morning, Cédric awoke with a start and sat up in bed as daylight filtered through the blinds. He must have been dreaming about the woman he loved, but her name escaped him. Had they broken up? Even though he had difficulty imagining her features, he was flooded with infinite sadness at the thought of such a possibility. Anyway, what was he doing alone in this bed, battered by cramps and twinges from head to toe? He folded down the sheet, recalling that he’d gone to bed naked the previous night because he was allergic to the seams on the flannel pajamas he’d found among the various new clothes in the drawers of a dresser. He had never asked himself where they’d come from. His care, the treatments he was given, the impeccable accommodations of the various establishments where he stayed—all of that must have cost a fortune. He observed with growing unease the huge bedroom that had been conceived for optimal comfort, although it came with the discreet presence of a medical surveillance robot no doubt connected to the computers of a host of clinicians. In the left corner, near a window above his bed, between two lamps, video cameras closely monitored his most intimate moments. “Soon you’ll no longer even notice them,” Dr. Schoeler had told him. “We forget quite quickly any outside intrusion if it’s painless.”

Not thinking about the cameras, for the first time and without gagging, Cédric examined the territory of the body that spread out beneath his chin. At his request, he’d been able to observe his face in a mirror. Something in his gaze and his expression had changed, yet he’d recognized himself, the way one discovers oneself again in a hotel room after a long journey to the other side of the world. But he did not recognize this body; he’d never experienced anything with it other than passive functions like urinating or defecating, which were no longer really of his doing. It was as if someone were using his presence, this sentient configuration that he couldn’t forget. Eating, too, was a challenge for him, but of a different sort. He would chew his food for a longer time before it disappeared into the abyss. Were there two of them sharing a plate of mashed potatoes or an apple? Was he this glutton’s taster? Cédric recalled an exchange with his Swiss psychiatrist. Cédric had asked him, as a provocation, why people didn’t consider him to be the transplant rather than the body. All that remained of him was a head, and the other man’s body that linked him again to his animal life was much more imperious and invasive. “What is unique about every human being is what is contained in a skull,” the psychiatrist had responded. “Consciousness, personality.” Nevertheless, the vital impulses passed through this heart and these intestines and went back up all the way to the tips of his hair.

He touched the left arm, crossed the fingers, slid them down to the stomach, palpated the penis and the scrotum and, sitting up, continued toward the thighs and calves, then slid back up, this time with both hands, to the chest. He noticed several beauty marks on the torso, like a constellation, and brown hairs on spots that were unusual for him, along with a scar on the groin and several others on a forearm and the thighs, no doubt from vaccinations. The penis under his palm still did not respond. The fact that it might not be able to get erect hardly bothered him; he was incapable of imagining making love to a woman one day with the organ of another man. Even though the proportions were similar to his, the creature on which his head was sitting was more muscular, stronger, more solidly built. The body was impeccable in appearance and must have been a few years younger than Cédric. And certainly it had been in perfect health before winding up in the Emergency Room and inheriting the head of a quadriplegic cuckoo bird.

For the first time since his accident, Cédric shook with the beginning of a laughing fit, but it quickly turned into a sob as he registered the convulsions of this chest that didn’t belong to any known life form. Must one be self- aware in order to laugh and bring about the body’s mechanisms? His greatest surprise was to see his motor reflexes reacting to his thoughts.

As he was examining every nook and cranny of skin, he noticed a small bluish tattoo on the underside of one arm: three entwined spirals with something resembling a face in the center. This marking scared him somewhat, as if it had been inflicted on him without his knowledge. Then, realizing that his suffering was still raw at the memory of his previous body, kicked out by this resolutely foreign physiognomy that he despaired of appropriating one day, Cédric experienced a sort of tenderness for the tattoo, the whim that had it inscribed, the narcissism it took to choose the design and suffer the pain of the needles.

After a rather clumsy use of the hands as tools to explore all the minuscule bumps and ridges of the skin, he began to examine the hands themselves, palms open, and once more he was frightened at no longer recognizing, after so many years, their oval shape and their boniness. Those hands, thick and hard, didn’t resemble his at all. The life line was that of someone who would live to be a hundred; the head line, identical across both palms, would have revealed a positive spirit if one believed in palmistry. Bending and unbending the fingers, he noticed that the middle and ring fingers of the left hand were stiff. In the fleshy part of the right thumb, a scar bore witness to a rather deep wound that must have required several stitches. The fingernails were rounded, surprisingly translucent, with light pink half- moons. Each time a nurse had clipped them for him, he was reminded of the fact that nails and hair continue to grow after death. Are there manicurists for the dead, hairdressers for corpses? All the peculiarity of his new nature was contained in the collar of flesh and slightly indurated skin at his throat and neck. From time to time he would graze it with his fingertips, thinking that this huge scar alone belonged to both body and head, the border of two broken lives. Why had they not grafted, as a counterpoint, the debrained skull of his donor onto his destroyed body? Perhaps such a monster could—in solidarity—at least have attested to their previous lives.

“Signor Cédric!” cried the nurse gaily, as she came in to give him some medicine.

“Are you shocked that he’s naked?” Cédric answered almost spontaneously.

“So, you’re talking about yourself in the third person now?”

Cédric was silent while the nurse strapped his arm. He was thinking that children and monarchs speak of themselves in this way, as if in someone else’s stead. In Italian, it was a grammatical form of politeness. Surely there must have been a third person somewhere.

From Desirable Body by Hubert Haddad; Translated by Alyson Waters. Published by Yale University Press in 2018. Reproduced with permission.

Hubert Haddad (1879–1952) is a French author born in Tunisia—a novelist, an art historian, a playwright, and an essayist. Alyson Waters is an award-winning translator, the managing editor of Yale French Studies, and a senior lecturer in the department of French at Yale University. 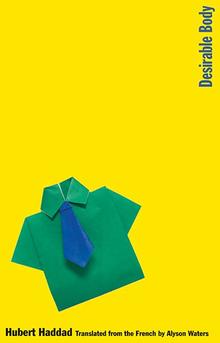